Everything Old is New Again

I’ve spent a great deal of time over the past few years studying about the development of nuclear power for use by the US Navy. One of the most informative documents was written in the early nineteen sixties titled Nuclear Navy 1946-1962 written principally by Richard G. Hewlett and Francis Duncan.

From the book’s Introduction:

“This book had its origins in a series of discussions with Admiral Hyman G. Rickover beginning in the spring of 1962. Having read The New World, the first volume in the Atomic Energy Commission’s historical series, Admiral Rickover urged the authors to undertake a history of the naval nuclear propulsion program. Such a study, he believed, would reveal for the first time the truly significant aspects of the development of nuclear technology in the United States, a subject which, in his view, The New World had merely skirted.

Although the authors of The New World found Admiral Rickover’s suggestion an exciting possibility, work had already started on the second volume in the series and it was not feasible to take on another book. However, discussions with the admiral continued over the next six years with growing interest on both sides. By 1968 the authors of the present book were completing Atomic Shield, the second volume in the Commission’s historical series. Our research had reinforced our earlier impression that the Navy project deserved careful study. More than ever we were intrigued by the suggestion that Admiral Rickover and his group might have devised some especially effective approach to reactor development which others had not found. If Rickover had such a “magic formula,” would it not be sensible to find out what it was so that others could use it?”

The resulting book traced the development of the need for a nuclear Navy. As the Second World War ended, new developments in Europe would transpire that would lay the groundwork for the Cold War that followed.

Russia had been invaded twice in one century during the two global conflicts we call World Wars. The Soviet Union that emerged from the First World War showed the value of including other nations within its sphere of influence. The German invasion at the beginning of the second war cost millions of lives and untold treasure. Stalin was determined to create a much stronger barrier to any future attacks. So despite the defeat of Nazi Germany by the countries that would ultimately form the United Nations, absorbing the neighboring states and projecting power became an obsession with the Soviets.

“The hardening of the Soviet position in the United Nations on the international control of atomic energy, the fall of Czechoslovakian democracy to communist dictatorship, and the alarming reports from General Lucius D. Clay in Berlin had proved but the first steps on a dangerous course which the Soviet Union seemed determined to pursue.

In late March 1948 the Russians had begun to cut Berlin’s land links with the West, and the threat of war reached crisis proportions. So critical was the outlook that the Commission had ordered a check of procedures for the emergency transfer of atomic weapons to the Air Force and considered postponing the long-planned nuclear weapon tests at Eniwetok in Apri1 30.

It was one thing, however, for the Commission to acknowledge the Navy’s concern and something else again to see it as more than a diffuse response to a complex set of events. The Commission obviously had not been privy to the many discussions and reports which since the beginning of 1948 had been pointing up the importance of improved submarines. Because the various bureaus and commands were continually proposing new ideas, it would be difficult to fix the origin of the growing concern about submarines. Certainly an effective catalyst had been the comprehensive study which Captain Arleigh A. Burke had undertaken for the General Board early in 1948.

The purpose of Burke’s study was to investigate the probable nature of warfare during the next decade and to determine the most effective contributions the Navy could make to the national defense. In beginning the study Burke’s group assumed that the Cold War would continue and intensify and that the United States and the Soviet Union would be the chief protagonists in any future conflict. The committee drew up a comprehensive agenda covering not only the military aspects of any future war but also the political and economic factors involved. The General Board then sent its agenda and preliminary findings to the principal bureaus and commands for comment.

As the Burke committee expected, the comments spanned every activity and interest of the Navy, but the growing importance of submarines was a topic frequently mentioned. Much of this interest stemmed from the increasing danger of war with the Soviet Union. As a report from Nimitz’s office to the Joint Chiefs of Staff stated in April 1948: “The seriousness of the Russian submarine menace is emphasized by the fact that they now have over five times the number of undersea craft that Germany had at the outbreak of World War II.”

Other reports asserted that the Russians had commandeered as many as twenty of the German Type XXI submarines and a large number of the technicians who had built them. The Soviet Union was deemed capable of producing Type XXI submarines in large numbers. Admiral Raymond A. Spruance, who had succeeded Nimitz as commander in chief of the Pacific Fleet, summarized the significance of these facts in a speech on February 11:

“The new submarine with high submerged speed and great underwater endurance is probably the greatest threat that exists today to safe use of the sea. Until a solution is reached to the problem of how to destroy this submarine, and until the forces are made available for this work, we shall be in a poor position to operate our armed forces overseas against an enemy who has a large fleet of them and knows how to use them efficiently.”

The Navy’s Operational Development Force had reported to the General Board that “the tactical characteristics of the medium speed, deep diving snorkel equipped submarine have virtually nullified the effectiveness of most of our World War II ASW procedures, tactics, and doctrines.”

The result of these studies was that the Navy needed to move forward with the idea of creating a nuclear capable submarine to counter the threat that was being made by the Soviets. On July 16, 1948, a naval Captain named Hyman G. Rickover was assigned to the task of moving the project to develop a nuclear submarine forward.

The world has never been the same since that day.

The marriage of all of the new technologies that make the modern nuclear submarine would never have been possible without the sheer will, determination and drive of Rickover. By 1962, the US Navy would have submarines that eclipsed anything that had ever existed before. Sleek hulled fast attacks with unlimited range, ballistic missile submarines that could launch devastation from great ranges, and large surface ships that no longer needed to refuel at sea. 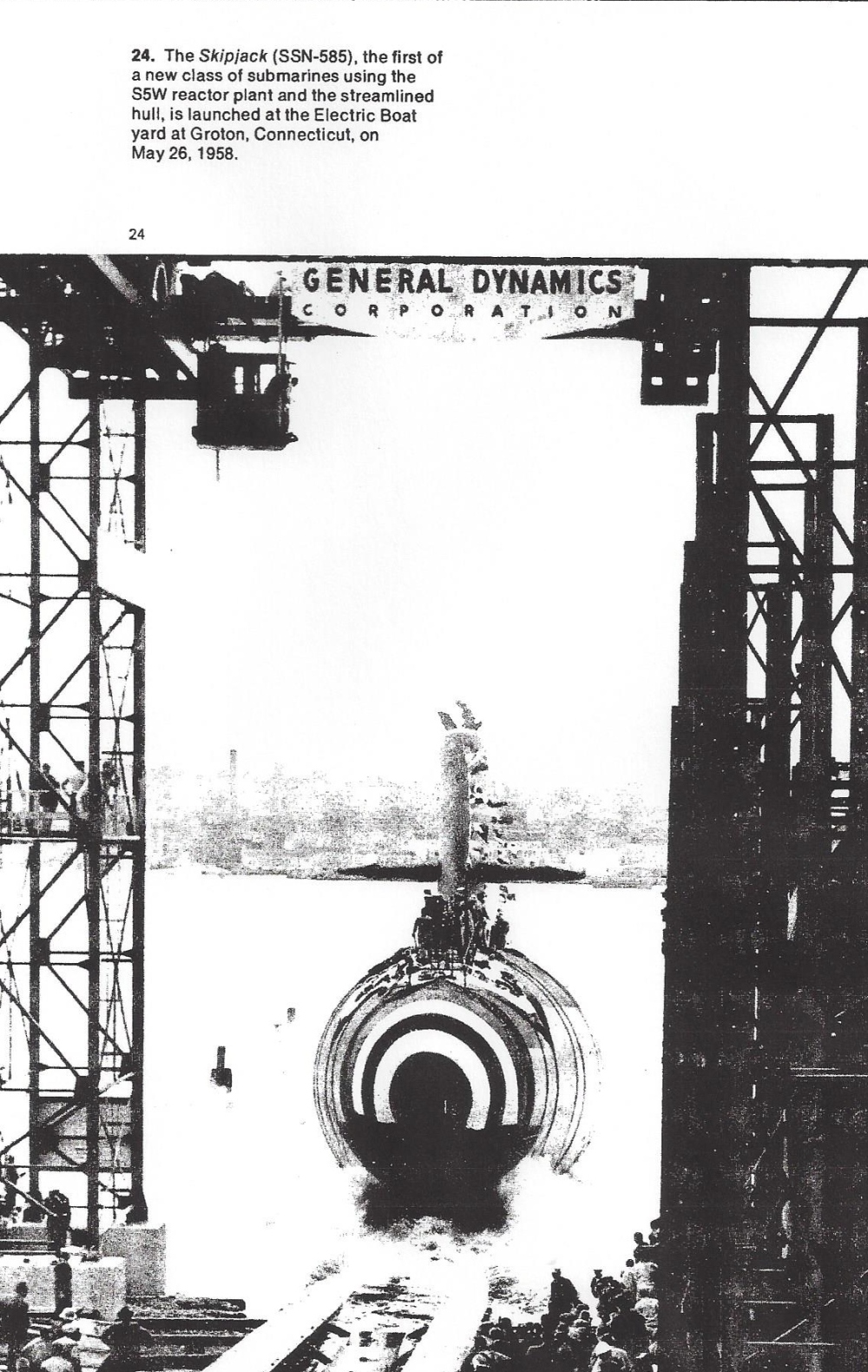 The Cold War was ultimately won with the most impressive array of firepower ever designed. But like all great weapons, they are most useful when they are never used. The mark of success when the Berlin wall fell was that we never had to employ those weapons against the Soviets.

Today, Russia is once more on the prowl.

Regardless of any real or imagined reason, her armed forces are once again pummeling a neighboring state as the world looks on and does what it can short of actively engaging in a full-on war. We have all of the nuclear capabilities in the world and even conventional weapons that could overwhelm the forces that are being aggressive. But what if we do get involved? What would be the limits? Where would we stop? 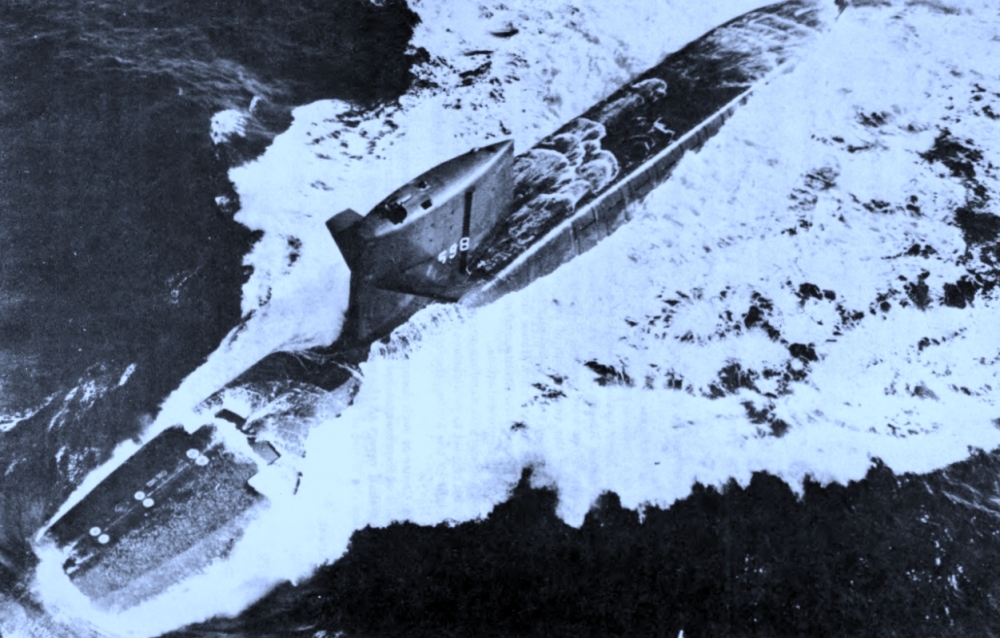 I still have a nightmare that returns from time to time. It is from my first patrol when the Arab Israeli conflict was bringing the world closer to the third world war. The call came in to us to launch. The only way that would have happened is if the Soviets had already launched. Or someone in Washington thought it was the only alternative to try and prevent further damage. I typically wake up in a sweat as the last missile clears the tube on its way to its destination. Sixteen missiles in all. At that time, there would have been about twenty of our boomers on station. The B-52’s would already be in fail safe and the Minuteman III ground based rockets would also be on their way. There wouldn’t be much left to look at.

I keep wondering if this is the only path forward.

Like always, if this is the end of times as we know it, I hope to go up in the first wave.