This page is about books recommended 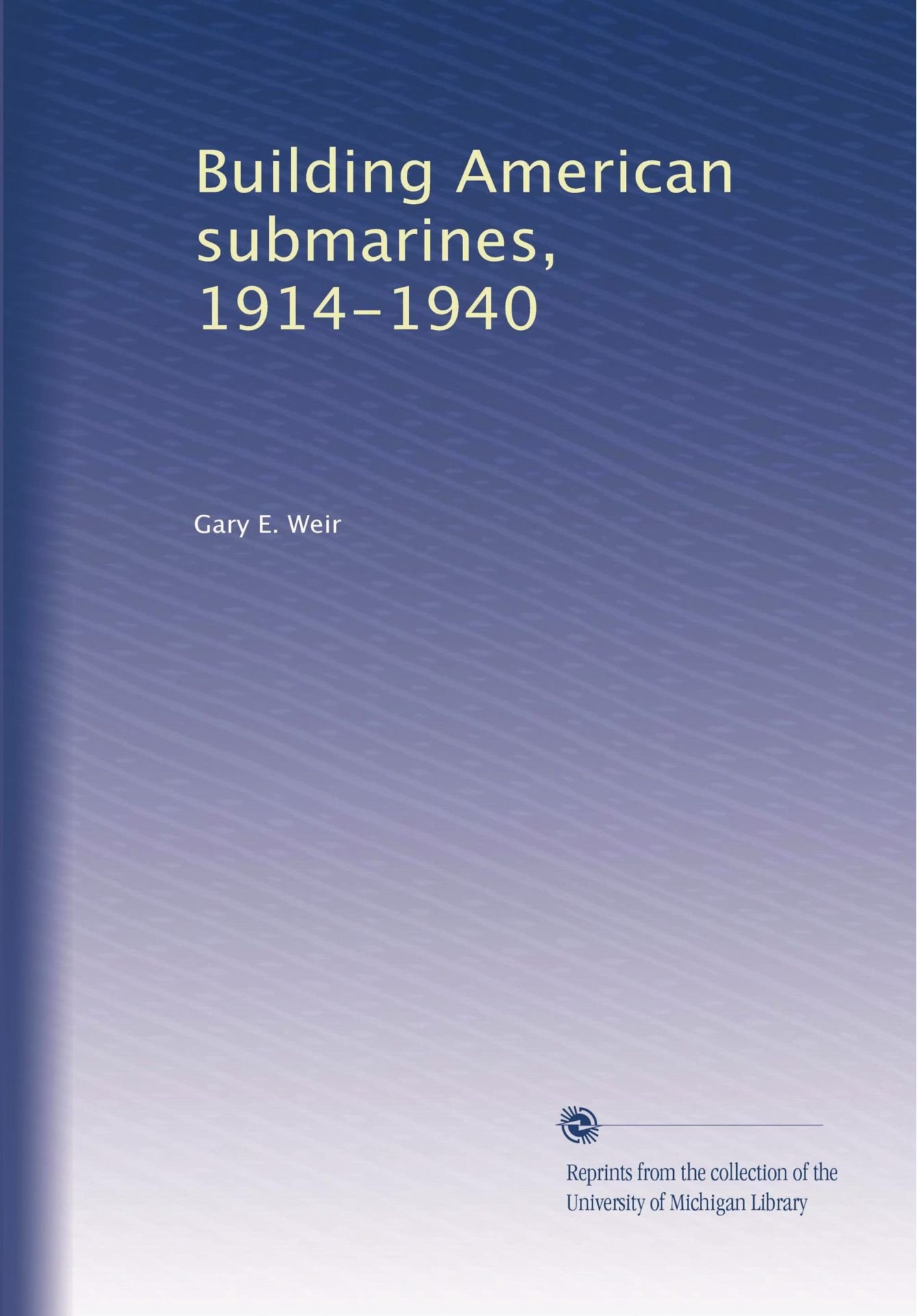 In this volume, Gary E. Weir assesses the Navy’s efforts between 1914 and 1940 to develop effective submarines. In particular, the author describes the work of the Navy and private industry that allowed the relatively primitive submersible of the First World War period to be replaced by the fleet submarine that fought in the Second World War.

Building American Submarines argues that there was a fundamental shift in the relationship between the Navy and its submarine suppliers during this period. After being completely dependent upon private industry in 1914, the Navy—not industry—controlled the design and construction process by the eve of the Second World War.

As a result, the Navy was able to acquire high-quality submarines to fulfill the nation’s strategic requirements.

When we entered the Second World War, these new submarines were ready to undertake prolonged and effective anti-shipping operations in distant waters.

That capability was of enormous importance in the ensuing triumph of American sea power over Imperial Japan.

Rules of Engagement by David Bruns and J.R. Olsen

I review a lot of books that never make it to the leansubmariner Now Read This page.

Some are too technical and feel clunky. Some are too action packed with no point in mind for the action other than to fill pages. Not this book. I started reading it at about 0930 on a Friday morning, read throughout the day in intervals  and got to the climax about 12:30 in the late evening hours before I needed to take a break. Got back up at 0645 this morning and picked it back up. I read every last word including the Author’s acknowledgements. The Role that the US Navy played in your lives was very evident Gentlemen. Well Done.

I hate to use words like gripping since they are way overused by other paid reviewers.

But no one paid me to read this book so gripping is my best choice of word. From the minute you begin until the very last tear-filled moment, the book keeps you engaged and thinking. You can feel yourself in the room where the Midshipmen are trying to untangle the codes that are strangling the participants like a snake. You can feel the anxiety of the men and women on board the ships as they engage in realistic combat scenarios. The writing is great and so is the story line.

I have read every Tom Clancy novel ever written. This is on a par with some of his best. If you want a thought provoking read with enough credibility to keep you up nights, this is the first one that should be on your reading list this summer. You will not be disappointed.

Rules of Engagement (Bruns and Olson) gets Five ANCHORS

Christmas Wish List 2018: Right on top of the list for this Christmas is an Awesome book by James C. Goodall, (USAF, Retired)

The name of the book is

This book will give you an in depth look into one of the most important classes of submarines in the Navy’s recent arsenal. With a forward by Admiral Gus Gustafson, the reader gets an inside look at one of the most lethal weapons developed during the Cold War. The pictures and the stories help to describe these amazing machines in a way that will leave no doubt about the capabilities of the ships many of us called home.

Even though the Virginia Class will eventually force the retirement of the boats of the 688 family, they will remain an important part of the submarine story.

Buy this book. Or have Santa bring you a copy. This is a must have for any submarine book collection. You will want it to pass to your kids and grandchildren. I honestly wish I had one like it from my first two boats. 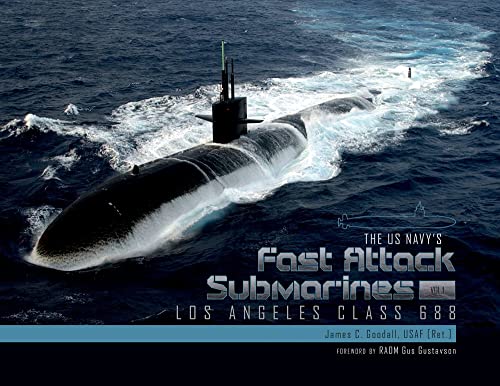 Rick Campbell is the author of “The Trident Deception” a fictional story that reads like a well crafted Clancy novel. This is a gripping story by one who has submarine experience and the pages practically turn themselves. High Adventure is sure to delight every fan of submarine stories and I give this book four stars for excitement.

Norman Friedman’s “US Submarines through 1945” is a must read if you are interested in submarine development and the history of the technology advances made during this period. I have been using it for research into my project on Sugar Boats and it has been invaluable in that effort.

Finally, Rear Admiral Hank McKinney penned a book called “Flotsom and Jetsam” a collection of sea stories that have washed ashore during a forty year career in the United States Navy.  While I have just started reading this book, it is certainly a great collection of stories that every cold war sailor can relate to.

The Complete Idiots Guide to Submarines

About the author: Captain Schwartz commanded USS Haddock (SSN 621), the submarine about which he wrote, but just prior to the time depicted in the novel. At that time, August 1991, he was in command of USS Michigan (SSBN 727) (Gold Crew). He also served on USS Queenfish (SSN 651), USS Will Rogers (SSBN 659), USS Puffer (SSN 652) as Engineer Officer, and USS Guitarro (SSN 665) as Executive Officer. Shore assignments were at the Bureau of Naval Personnel and in the Submarine Directorate on the Chief of Naval Operations staff. Additionally I was Deputy Commander of Anti-submarine Warfare Forces, Pacific and Professor of Naval Science at the University of Idaho. Captain Schwartz retired from the Navy in 1998 and lives in Port Saint Lucie, Florida with his wife Lin and young twins, Karen and Kevin.