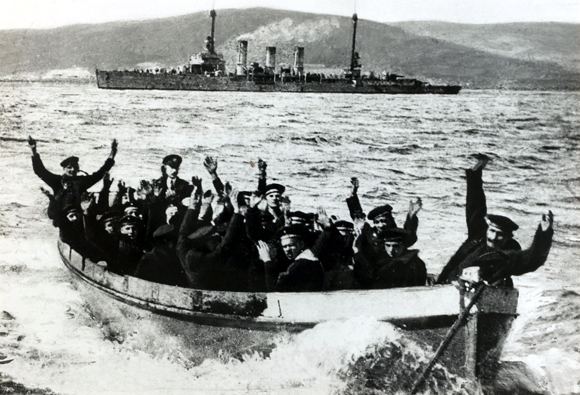 One hundred years ago, most discussions around submarines focused on two things.

First, for most of the world. The all too recent painful memory of the death and destruction caused by the German U-boats. The strangling effect on the English economy was still being felt long after the last ship was sunk. Submarines were viewed as somehow evil. Despite the more brutal fact that hundreds of thousands of boys fell under machine gun and cannon fire on the battlefields of France and Belgium (often in a single day’s battle), the sinking of ships on the high seas was the only action widely condemned as a horrific war crime.

Second, British politicians were lobbying very hard for the abolishment of the evil menace once and for all. The looming naval treaties of the nineteen twenties would indeed limit naval growth in all areas. But the American naval leaders had finally woken up to realize that submarines were a cost effective way to neutralize the numerical superiority of the Royal Navy.

Twenty years to the week after America bought its first functional submarine torpedo boat (1900), a movie emerged that was taken from the Germans at the end of the war and made into an instructional film. This article comes from Cordova, Alaska. It is an interesting artifact that shows attitudes towards submarine warfare.

One of the most spectacular and striking pictures ever filmed will be shown tonight at the Empress—a picture intended only for the eyes of the German Kaiser and his war lords; a picture filmed by the commander of the German submarine U-35, which sank more allied shipping during the war than any other three submarines. The picture was filmed by the commander to accompany and confirm his reports to Von Tirpitz of his fiendish activities. This film was captured by the allied armies upon their occupation of Coblenz. It has been edited with English: titles and is being shown here in Cordova simultaneously with its appearance on the Pacific coast. We read of the cold-blooded atrocities of the German submarine warfare and shuddered. Now we see them in all reality, and stand appalled. Giant vessels plunge, like living things, into watery depths, with exploding boilers and bursting shells. Lifeboats with their human freight are cast adrift, 2,000 miles from land, with no hope of rescue. And above, in his conning tower, the Herr Lieutennant calmly scratches from his marine register the name of another doomed ship.

In addition to this two-reel special picture there will be shown a sparkling five-reel comedy-drama, “The Amateur Adventuress,” featuring Emmy Whelan. It’s a clever little story of the “poor working goil,” her would-be benefactor, and how she turned the tables. Full of fun, whole- some and clean-cut, in itself a feature well worth seeing.

Mexico was going through one of its many revolutionary times in 1920 (just like many other countries around the world).

This story was on the front page of the Cordoba paper. I wonder which submarines were involved. 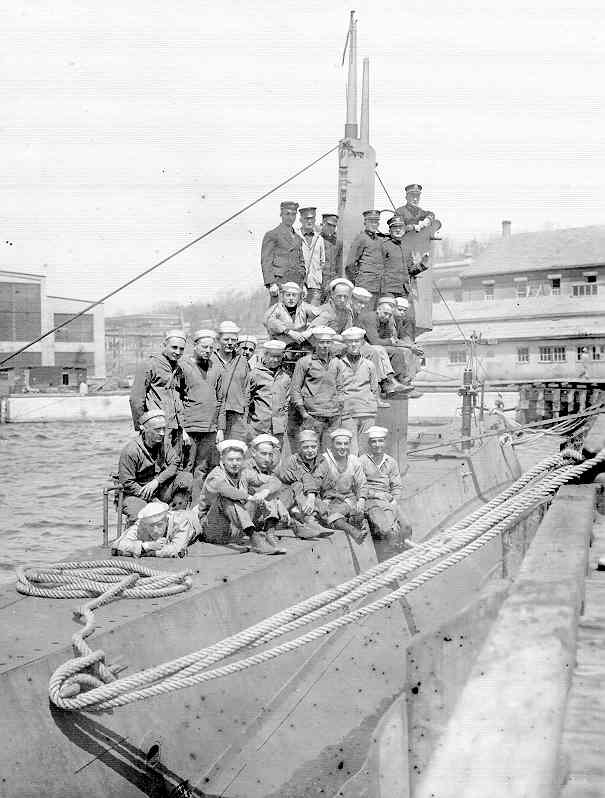 THROUGH THREE STATES I TO EXPLAIN PRESENCE OF SHIPS IN MEXICO EL PASO, Texas, April 12 (by Associated Press).—The Mexican government has formally asked the government of the United States to explain the presence of American warships in Mexican territory. It is charged that American submarines entered Magdalena bay without permission.

Yes, despite the objections of the Europeans, American submarining was moving forward. A great story from Maryland:

SERVICES ON THE U. S. Submarines The fact that the Germans used the submarines unlawfully during the war has caused so much prejudice against the submarine service that the operation of our submarines is adversely effected by public opinion. As a matter of tradition, it has always been the policy of the United States to keep a strong submarine force, to maintain its right to submarine in time of war. This in spite of the fact that at the Hague conference an attempt was made to establish the use of the submarine. As the situation now stands the duty aboard the United States submarines offers many special advantages over service on other Navy craft. The loss of life in United States submarine service has been practically restricted to the ill-fated “F-4,” which sunk off Hawaii several years ago In the case of the “F-4’’ the construction was poor and the danger in making dives had already been recognized before the accident occurred. The submarines now in operation are sea-worthy and the living quarters are commodious.

Men on board submarines receive $5.00 a month extra pay and after qualifying as a submarine man (usually in six months) each man receives $I.00 a dive. Up to $15.00 a month for fifteen dives, so that the extra pay on board a submarine may be as high as $20.00 a month, it usually averages between $15.00 and $20.00 for qualified men. Also by reason of the small number of men on board a submarine, about 25 to 35, and the fact that all but one or two are supposed to be rated men, the chances for promotion are better in the submarine service than in any other branch. With the construction of our new submarines of the “R” and “S” types, we are getting away from many of the discomforts and hardships which undoubtedly confronted the men on the older type of submarines and another result of the completion of these boats will be the opportunity for extensive cruising, j which formerly did not exist.

America would continue to learn during the lean years of the nineteen twenties and thirties.

These lessons would serve them well when the specter of evil would raise its head once more in World War 2.

Submarines would be ready.