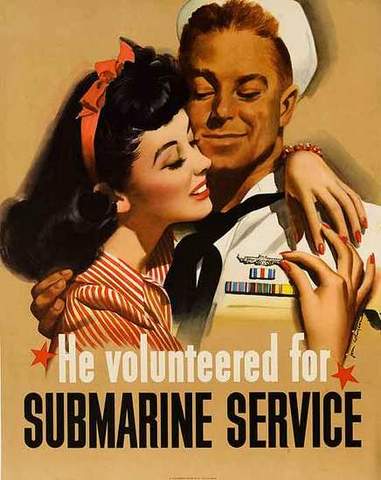 How do you describe a Submariner?

If you are a qualified submariner, you probably have a standard description when people ask about your life when you were on the boats. The most common responses I get are “Oh, I could never do that” or “Weren’t you afraid?” But nearly everyone of a certain age has a picture in their mind of what a stereotypical submariner is like.

Many people get their impressions from the movies. 1958’s Run Silent, Run Deep was based on a novel by Edward L. Beach. This classic movie certainly showed a swashbuckling side of the submarine service. Before that however was Operation Pacific from 1951. The technical director for that John Wayne classic was none other than Admiral Charles Lockwood, former COMSUBPAC.

The Bluejacket’s Manual of that era (Fourteenth Edition) describes submarines this way:

“Submarines have an importance in naval warfare out of proportion to their size. It is not uncommon for a single submarine to sink 20 times its weight in enemy shipping. The sinking of hundreds of Japanese ships by our submarines was an important factor in winning the Pacific War.” 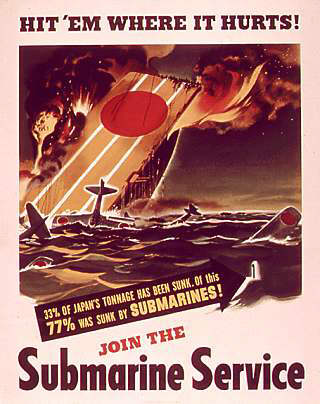 The common thread through all of these things is something called a “Submariner”. Who were these men and what, if any, were the common characteristics that made them who they were.

In 1951, the Medical Community was asking the same question. They had already begun to realize that the next big leap in submarine technology (atomic power) was just around the bend. Even in 1952, habitability conditions and the effects of paint colors were being examined to understand what impacts the physical nature of the inside of a submarine would have on her crew during longer and more frequent patrols.

So it was that a study of what a stereotypical submariner was begun. 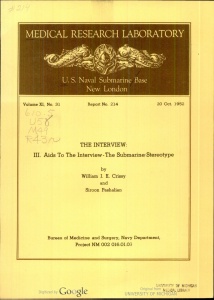 The name Submariner Stereotype was given to this instrument because the respondent, in a sense, constructs a stereotype of what he thinks a Submariner is like. The present exploratory hypothesis under lying its use is that the Submariner is characterized by the coincidence of aspects of his self-picture with his stereotype of a Submariner. A second hypothesis, in line with the premises of the first, follows for the role of the items considered most important either in submariners or in himself: That is, aspects of either the self-picture or the stereo type which are deemed important represent more critical areas of adjustment than areas represented by the other items.

The Submariner Stereotype forms of 1125 candidates processed at the Naval Medical Research Laboratory, Submarine Base, New London, during the period September 1950 to September 1951 were used for the present study. To interpret the data on the submarine candidates, the Submariner Stereotype was also administered to two different Navy groups: (a) Four-hundred eighty non-selected enlisted men passing through the U. S. Naval Receiving Station, 13 Brooklyn, New York, in December 1951 ; and (b) Five-hundred recruits at the US. Naval Training Center, Bainbridge, Maryland, in September-October 1951. Analysis was made by contrasting prospective submariners ‘ responses, item by item, administration by administration, with the responses of the recruits and the receiving station personnel.

The present scoring of the Stereotype for all groups involves simply the determination of an overall consistency score, i.e., the number of items among a total of 40 items on which the respondent was in agreement as to self-picture and Submariner-picture. 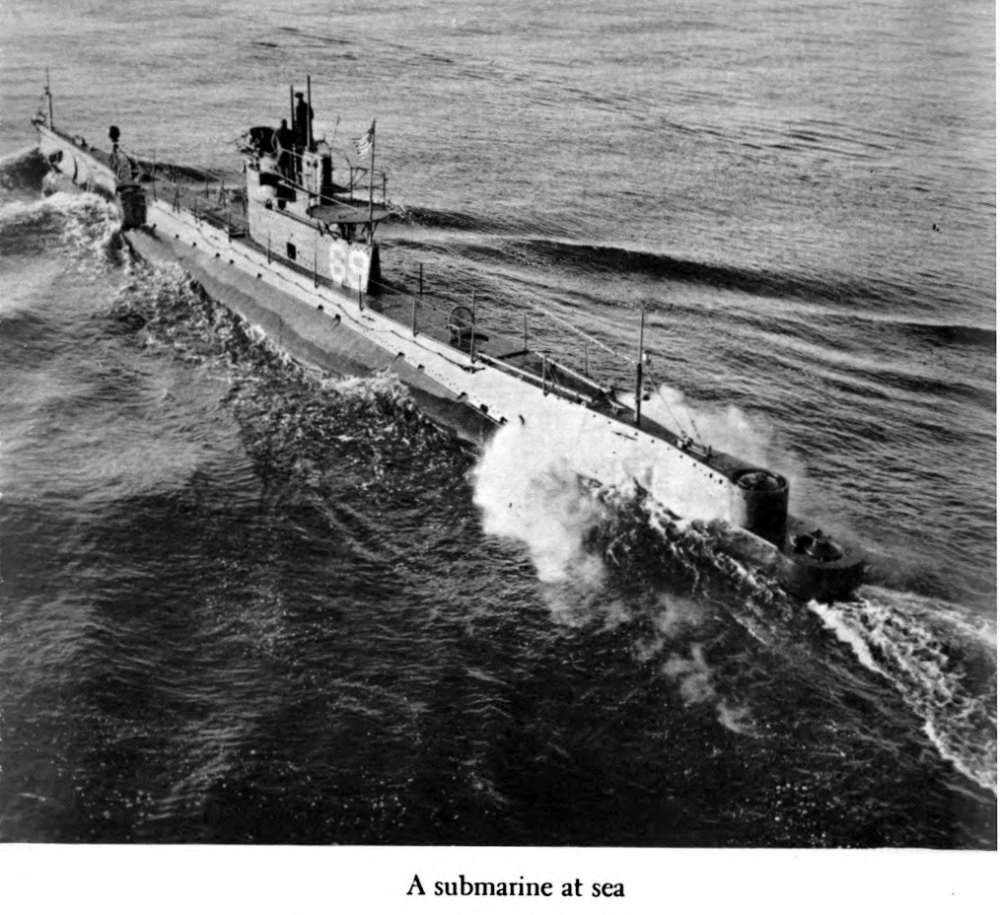 So here is the drill:

Below are the two documents that were originally included in the 1951 study. Cut and paste them into a separate document and complete both parts as directed on the instruction sheet. Then circle the top five answers to both tests. As stated in the directions, the first part is you answering for yourself. The second set of questions are how you view submariners.

The questions are the same but the two documents ask you to think of it from a different perspective. The first one is “You” and the second one is what you think a submariner is.

On August 1st, I will publish the results from the original study in 1951. It would be interesting to see what you think about your own results and the “official” results.

See you then!  (Note: if you were one of the people who took part in the original study, let me know)

Part One: Who you are or are not 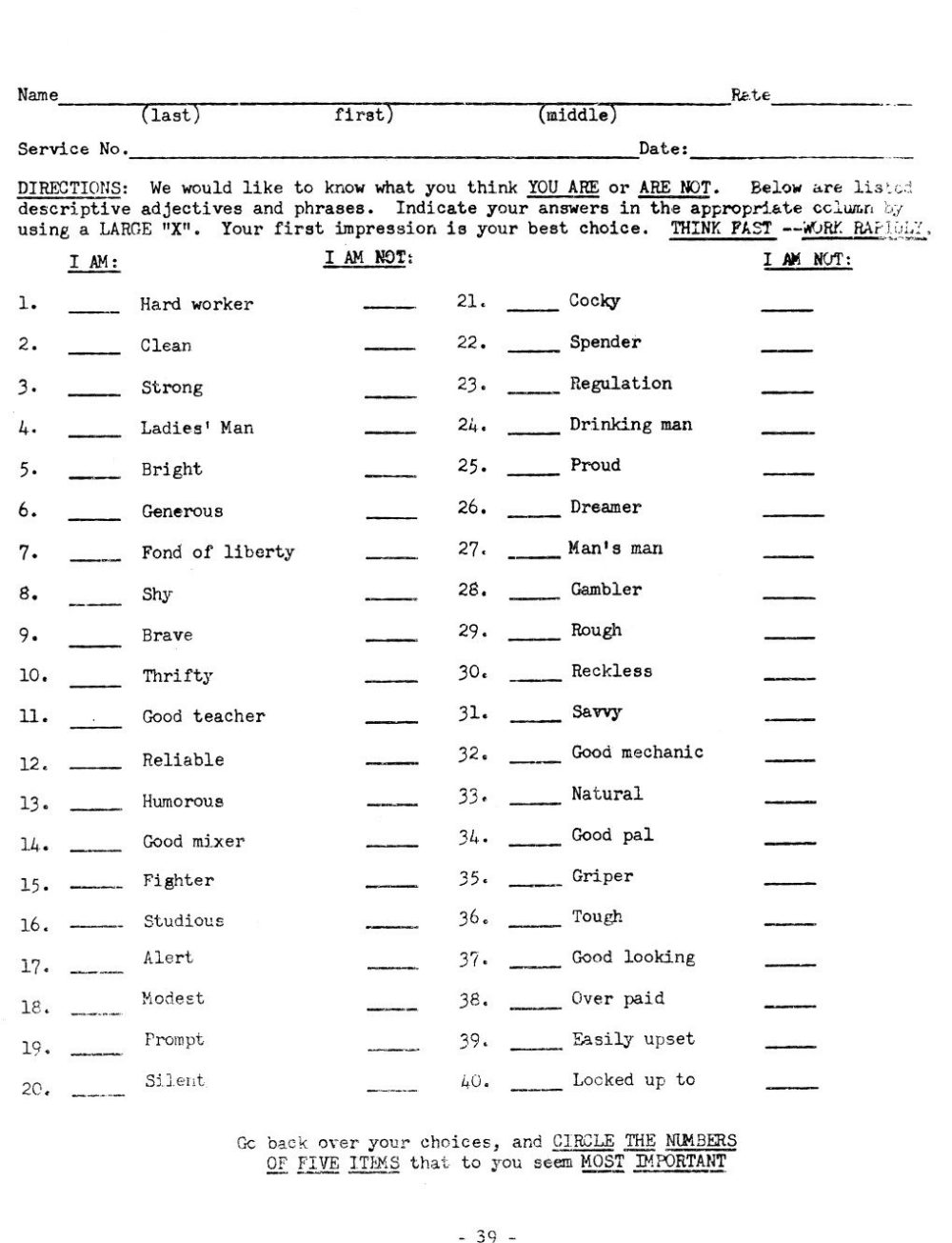 Part Two: What you think a submariner is or is not 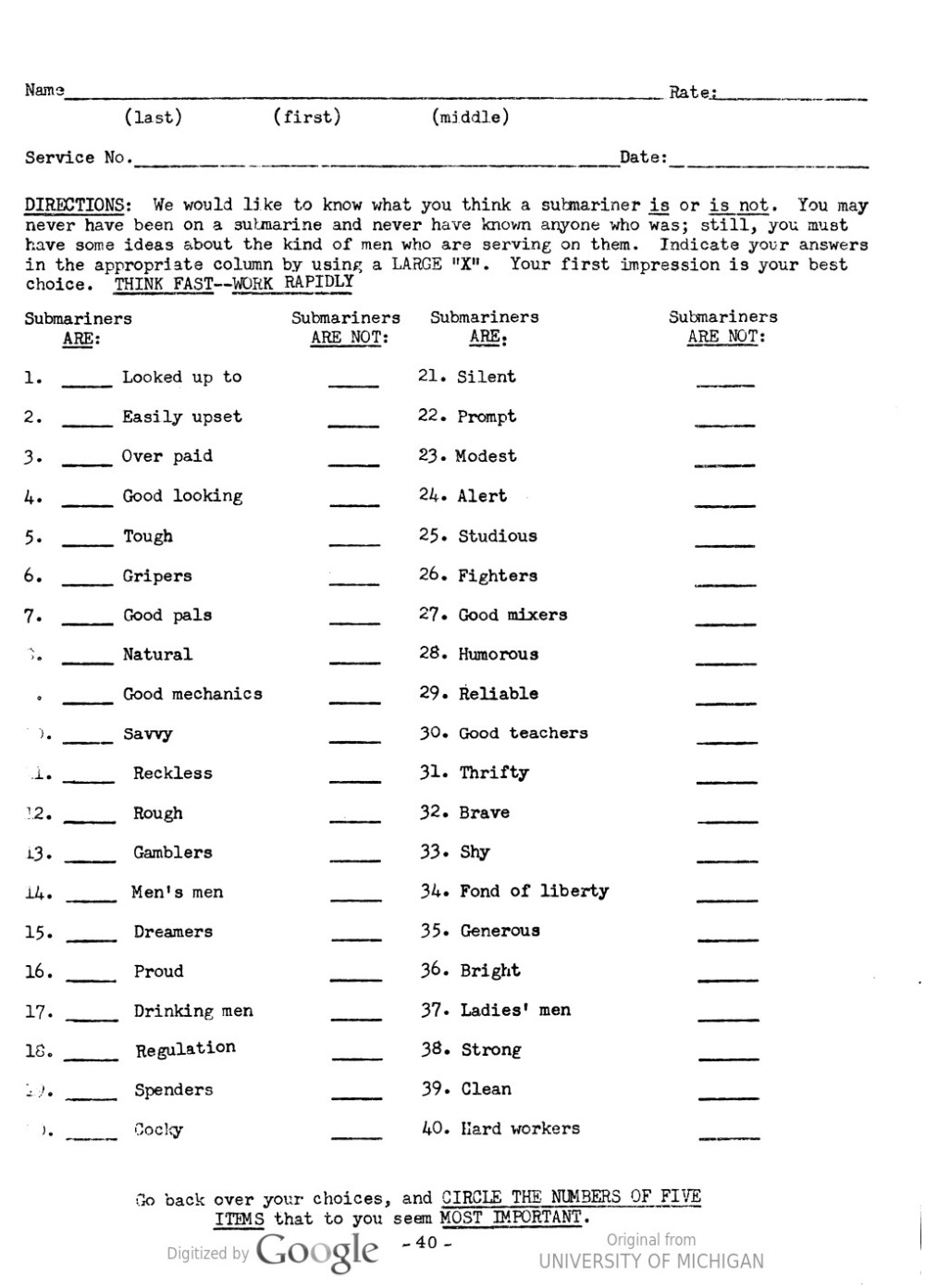 The original answers will be published August 1

2 thoughts on “The Submariner Stereotype”