The Sunday after Easter is always one of the poorest attended Sunday’s in the year. Even ministers often take the weekend off and hand their pulpit over to someone who they are not afraid of making too much of a mess of things. Only the most faithful are there and they spend their afternoon chatting about how empty the place was.

The parades are all over, the speeches have been tucked away for another year, and the warm embracing feelings of the community are checked off of the “things to do” list. Time to get back into the old routines and close the cabinet where we keep the banners, faded old pictures and what passes for compassion.

There are two groups of people who become invisible again on days like today.

The first set is the ever growing population of warriors who have found the transition back into the world a bit more difficult than others. You see them on off ramps near the interstate highways. They also show up on inner city streets and food kitchens. A few weeks ago I was coming back across the Ben Franklin from New Jersey into Philly. The roads and interchanges down there are maddening to say the least. Getting back to the turnpike forces you through a maze of traffic, all of whom need to be in some other lane.

That’s where I saw him.

He had a cardboard sign that simply said “Help me I’m Hungry … Iraq war vet”. He couldn’t have been more than 25 or 26. His face was sunken in, hair shaggy, olive green t-shirt and definitely looking like he had seen better days. I normally donate through the mail to agencies that are purpose filled and resource centered. That’s the excuse I use anyway. Anonymous means I don’t have to look at them too often.

I rolled down the window and gave him a five. The light changed and he became invisible again as I drove off.

There are others too. Many have jobs but still have the nightmares. Some drink and some do drugs but have built up enough defenses that keep you from seeing them in pain. They see each other though. There is a look that is only shared between brothers (and more often now sisters).

Truly, there is always something there to remind them.

The second group that become invisible again after Memorial Day even have their own flag.

Once the ceremonies are over and the wreaths have been laid, the whole notion of POW/MIAs becomes wholly owned by activists and families who still have no answers about their loved ones. The Defense Prisoner of War/Missing Personnel (DPMO) is the focal point within DOD for conducting Prisoner of War Missing person reports.

From their web site: http://www.dtic.mil/dpmo/vietnam/

“Immediately after the Paris Peace Accords were signed on January 27, 1973, Operation HOMECOMING returned the 590 POWs captured in Vietnam, Laos and Cambodia (two POWs from Vietnam and a Cold War POW were released from China). The MIA families and some government officials, however, expected a greater number of returnees, giving rise to concerns that POWs had been withheld. This gave rise to the urgency of the accounting mission. Although Article Eight of the Accord called for mutual assistance among the parties in accounting for the missing, in the immediate postwar period, continuing hostilities precluded access to many sites. After the POWs came home, the U.S. still listed some 2,646 Americans as unaccounted-for, with roughly equal numbers of those missing in action, or killed in action/body not recovered”

There have been some success stories. 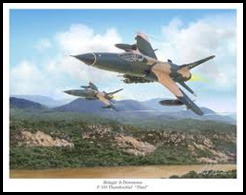 On February 14, 1968, Elliot was flying his F-105D Thunderchief on a strike mission over Hanoi, North Vietnam, when he was hit by a surface-to-air missile. He radioed to the other pilots in the flight that he had been hit and they witnessed his crash. None of the other pilots saw any ejection attempt nor heard any emergency beeper signals, but one reported seeing a streaming (unopened) parachute at approximately 3,000 feet.

Between 1968 and 1999, Elliot’s status was a subject of near misses, rumors, missed identifications and more rumors. His family had to have gone through some kind of hell while all the drama carried out. In the end, investigators were able to determine the real story and aided by his daughter, his remains were returned. He was buried at Arlington National Cemetery on Memorial Day 2000.

Yesterday the Commander in Chief placed a wreath at the Tomb of the Unknowns. It is a traditional role of the CinC to pay homage to our lost service members and remind us about the sacrifices made in freedoms name. I turned the sound down and within a few minutes had to switch over to another station.

I can almost hear some people saying in their minds right now, “Bob, what a partisan thing to say… can’t you leave the man alone on Memorial Day?”

Well, maybe I could have if I hadn’t read an article written by Adrian Cronauer in the American Legion magazine the night before. Adrian was an Air Force veteran and the man behind the famous character in the movie “Good Morning Vietnam”. Adrian also served as special Assistant to the Director of DPMO from September 2001 – March 2009.

In the June 2012 issue of the Legion Magazine, Adrian brings to light two things in his article “The Deepest Cut” that make Obama’s words and actions less than meaningful.

First, the Obama White House has nearly abandoned a commission established by President George H.W. Bush and Russian President Boris Yeltsin to help account for U.S. personnel who disappeared behind the Iron Curtain. Was that part of the behind the scenes agreements between Obama and his new friend Vladimir Putin (the former head of the KGB)?

In 2011, the Obama administration questioned the scope and budget for the DPMO group. Failing to achieve a budget (again) the deep and draconian cuts will directly impact the office and support structure needed to continue the work that has been done to restore our brothers in arms to their families. While this is just as much about Congress failing to act, it also lays directly at the White House’s feet.

It is long past time for the “Leader” of the free world to stop campaigning long enough to actually solve some of the problems he said he was going to address. All the new found love for those of us who served in the Vietnam era seems kind of hollow once you know what’s going on in the background.

Seeing those homeless vets growing in number and knowing that most of our missing will remain missing for a much longer time makes it hard for me to forget that we have not done enough… there is always something there to remind me.

Apparently Democratic Mayor Nutter from Philadelphia must read my blog.

The men who beg near the Franklin Parkway are being given notice that compassion is no longer welcome.

One thought on “(There’s) Always something there to remind me…”