Fair warning… I have been avoiding politics but something has been on my mind recently.

Stop reading now if this kind of stuff bothers you.

I was born in May of 1954 to two young people that were American.

By definition, that makes me not only one of the luckiest people on earth, but also an American. I was raised on a heavy dose of patriotism mixed with Christianity. I am unashamed to admit the influence those two things have had on my life and how I have conducted it. Sometimes, I have been flawed. But I have always tried to be better and do my share to support my country.

But America is not perfect.

We have high aspirations and sometimes we meet them. But we also have had flawed leaders along the way. The record books are full of the ones who got caught and ended up paying the price for their bad behavior. It just seems like lately, the paying for the bad behavior part has been left behind. If you have a lock on the press and social media, you can do damn near anything and get away with it. It’s easy to throw shade on something with diversionary tactics these days and too many people will silently nod and just move on for the good of the order.

The most dangerous trend though is the one that is emerging now on the national scene. If you raise your hand and say “hey wait a minute, that’s not what happened” you suddenly become a very bad person. If you object and exercise your constitutional rights that go counter to the party in power, you are the new “domestic terrorist” of the day.

Sure, you may have served your country in uniform with honor and distinction but the minute you  object to things that you can patently see are lies and falsehoods, you need to be investigated, shadowed, arrested and incarcerated.

What gives them the right?

Whoever incites, sets on foot, assists, or engages in any rebellion or insurrection against the authority of the United States or the laws thereof, or gives aid or comfort thereto, shall be fined under this title or imprisoned not more than ten years, or both; and shall be incapable of holding any office under the United States.

Where the hell did that come from???

You would think that the signing into law of something this serious that could be used against anyone with a varying point of view would have been marked by news flashes all over the country. I mean, think about this: Even talking about any of the key elements of the law can get you prison time. What happened to the first amendment? Yet a careful search through the national news archives at the Library of Congress during that time period does not have a single word recorded about the law being passed.

In 1948, the world was a very different place. Communists were literally taking over country after country using subversionist tactics. We had just fought a war to free the world from fascism and along comes the new monster with a red hat on. The fear in the circles of power must have been compelling. Add to that the fact that labor unions were pressing more and more for concessions from Big Business which was threatening a fragile economy.

Richard Nixon was a key member of the House Un American Activities Committee by the summer of 1948. By May 1948, Nixon had co-sponsored a “Mundt–Nixon Bill” to implement “a new approach to the complicated problem of internal communist subversion … It provided for registration of all Communist Party members and required a statement of the source of all printed and broadcast material issued by organizations that were found to be Communist fronts.” He served as floor manager for the Republican Party. On May 19, 1948, the bill passed the House by 319 to 58, but later it failed to pass the Senate.

But somehow, on June 25th, a new law came into being codifying Rebellion or insurrection in the United States.

That is the same law that is being used against many people who were doing nothing more than exercising their constitutionally protected rights to gather and speak freely about what they felt was a wrong committed against the public. In the Constitution, there is no “crowd size” provision. There is no time element. You just have the right to assemble and to protest peacefully.

I voted for Richard Nixon in my first election in 1972. I did it because I believed in law and order and because I was a rock solid conservative. Yet within months of the election, much of his corrupt behavior was already unraveling the country. The press did an amazing job of ferreting out all of the ins and outs of Watergates and the dirty tricks.  He eventually fled the office he had coveted since 1948.

I wonder where that curious press is now.

The people who are weaponizing the “laws” of the Cold War to silence and subdue freedom of expression have no idea what danger they are putting our country in. The truth will come out eventually about the level of corruption and falsehood that exists at the highest levels. The words from the Declaration of Independence are as relevant now as they were when the original patriots wrote them:

We hold these truths to be self-evident, that all men are created equal, that they are endowed by their Creator with certain unalienable rights, that among these are life, liberty, and the pursuit of happiness. That, to secure these rights, governments are instituted among men, deriving their just powers from the consent of the governed. That, whenever any form of government becomes destructive of these ends, it is the right of the people to alter or to abolish it, and to institute new government, laying its foundation on such principles, and organizing its powers in such form, as to them shall seem most likely to effect their safety and happiness.

I think we all need to slow down a little bit and stop using inflammatory words like insurrection when in fact this was a wildly mischaracterized event that is being used to bully people into accepting something they are struggling to accept.

Maybe that would not have been so difficult if we had seen all of the truth brought out in the courts. Maybe if the Chief Justice had actually done his job. Makes you wonder why he didn’t?

(In case things don’t turn out well, I hope they have nice warm soup at the reeducation camp… that stuff rocks when you have Covid) 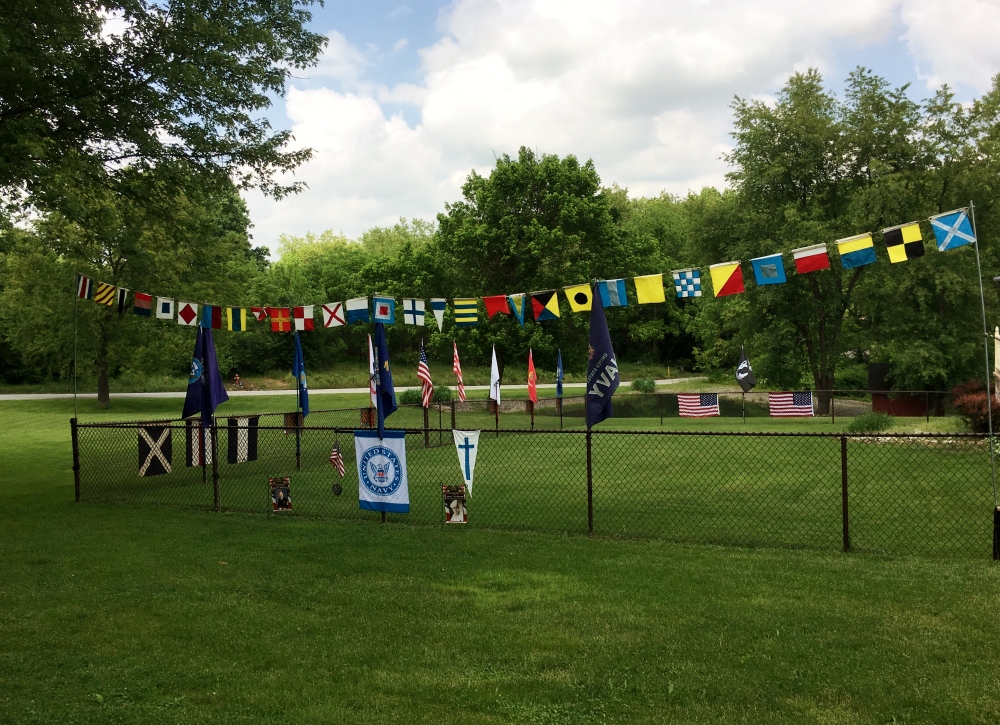 6 thoughts on “By any other name…”