This is the last of the 41 for Freedom Boats that was memorialized in Admiral Rickover’s book the Eminent Americans. It’s been a fascinating year learning more about each of the boats but more importantly, it’s been an enlightening year to learn much more about the men that the boats were named for.

It is interesting for me that the book ended with this boat’s namesake story and no formal ending or epilogue. In 1972, all of the boats were still operational as ballistic missile submarines. Their demise would not start in earnest for at least another decade. Oddly coincidental, Rayburn is one of the last still in use. I know that the Admiral wrote the book in the order in which the boat’s namesakes lived but it is interesting that the last chapter concerns one of the last still serving.

The USS Sam Rayburn (SSBN-635) was a James Madison-class fleet ballistic missile submarine named for Sam Rayburn (1882–1961), Speaker of the United States House of Representatives (1940–1947, 1949–1953, and 1955–1961). Sam Rayburn was in commission 2 December 1964 to 31 July 1989 carrying the Polaris missile and later the Poseidon missile. Following decommissioning, ex-Sam Rayburn was converted into a moored training ship for use at the Naval Nuclear Prototype Training Unit at Goose Creek, South Carolina. 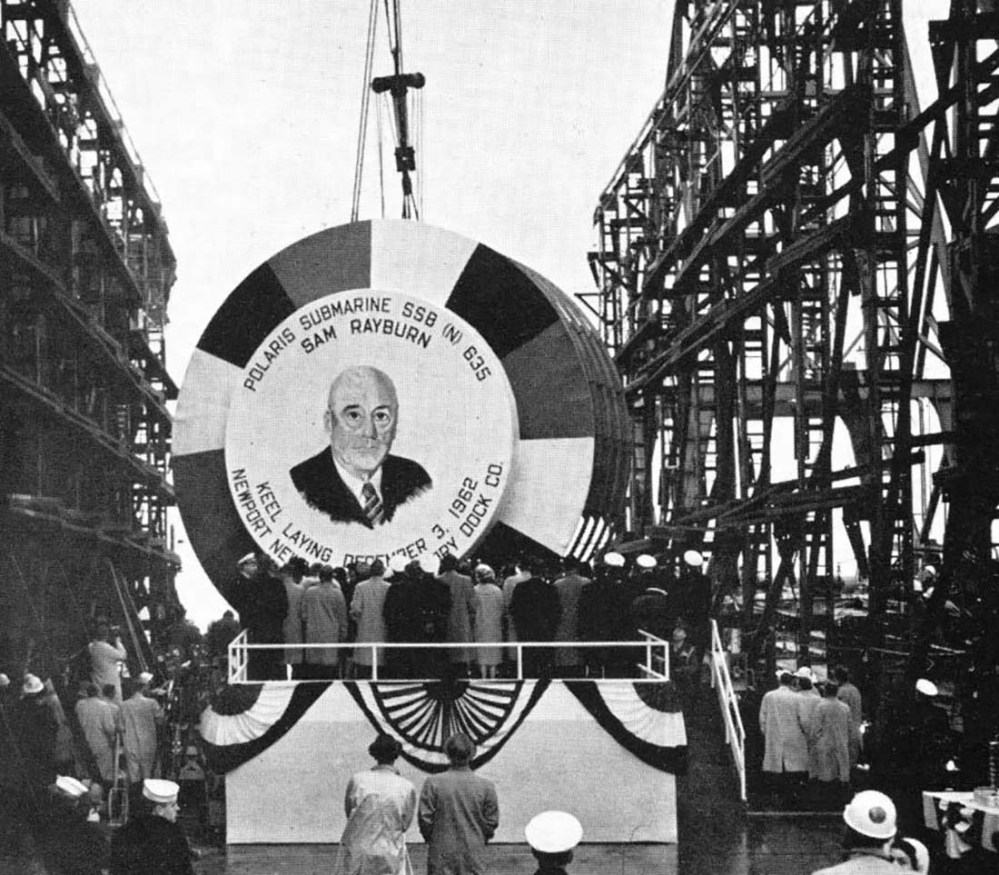 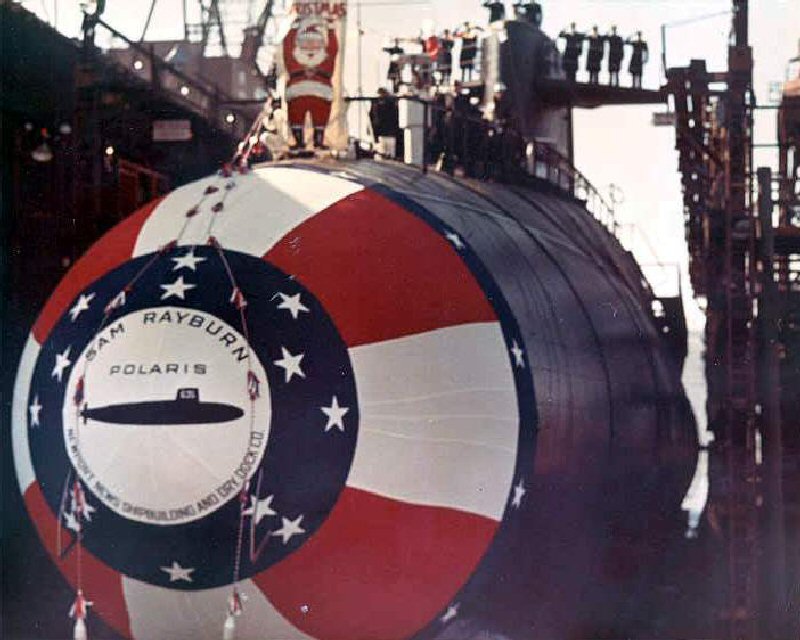 Complement: Two crews (Blue and Gold) of 120 men each

Samuel Taliaferro Rayburn, born on 6 January 1882 in Roane County, Tenn., graduated from. Mayo College (now East Texas State University), at Commerce, Tex. After a year teaching school, he won election to the State Legislature. During his third two-year term in the Legislature, he was elected Speaker of the House at the age of 29. The next year, he won election to the U.S. House of Representatives. He went to Congress on 4 March 1913 at the beginning of Woodrow Wilson’s administration and served without interruption for over 48 years. On 16 September 1940, at the age of 58, he became Speaker of the House. When his career as Speaker was interrupted during the sessions of 1947-1948 and 1953-1954 during Republican control of the House, Rayburn served as minority leader. He usually worked quietly in the background in the shaping of legislation. As Speaker, he won a reputation for being fair in his rulings and for forgetting politics when he handled the gavel. He had served as Speaker more than twice as long as any predecessor when he died of cancer in Bonham, Tex., on 16 November 1961. 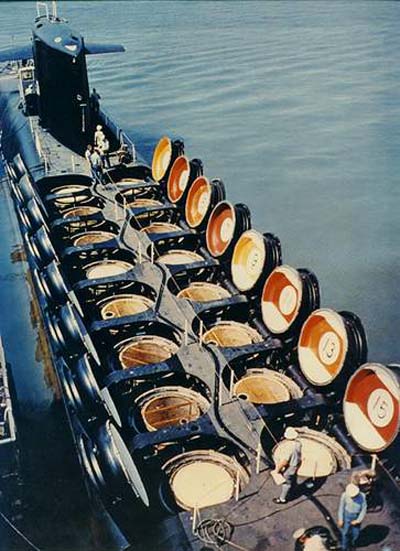 “NAMED FOR one of the Nation’s foremost legislators and parliamentary technicians, Sam Rayburn of Texas (1882—1961). A public servant during his entire adult life, a politician in the best sense of the word, Rayburn served in the House of Representatives longer than anyone before him: almost half a century, or more than one-fourth the life span of the United States. During the last 24 years of his life, he was either majority or minority leader or Speaker of the House. He held the speakership for 17 years—the longest record and double the one previously held by Henry Clay.

His tenure in the House coincided with a period Of tremendous change in the fortunes of our country, of innumerable crises and as many triumphs; a period which saw the United States rise from relative obscurity to the pinnacle of world power, its population more than doubling, its affluence multiplying many times over. Government grew accordingly, as reﬂected in the Federal budget which rose from $1 billion to $84 billion.

Rayburn’s name is connected with many important pieces of legislation, particularly after he became chairman of the Committee on Interstate and Foreign Commerce in 1931. He was the author of the Federal Communications Act, the Securities Exchange Act, the Rayburn-Wheeler Holding Company Act, and the Rural Electriﬁcation Act. He has been called principal architect of the legislative program of the Roosevelt era. In August 1941, he persuaded the House to extend the draft act. The vote was 203 to 202. Only thus narrowly was dissipation of our military manpower averted just 4 months prior to Pearl Harbor.

Rayburn’s reputation as a statesman and skilled parliamentarian, however, rests chieﬂy on his handling of the speaker ship. To quote the late Clarence Cannon: “The foundations of the growing power of the speakership were laid under Speaker Thomas Reed, ﬂowered under Speaker Joseph Cannon, and have culminated under Speaker Rayburn . . . in all the long and stately procession of illustrious men who have occupied that exalted position he is the greatest and the most powerful.”

The speakership is an ancient and venerable institution going back to 14th century England. Congress took it over from the colonial legislatures. Curiously, the ofﬁce now puts its incumbent next in succession after the Vice President. If Rayburn’s life did not quite follow the tradition of log cabin to White House, it came close; for the speakership is held to be the second most important public ofﬁce in the land.

Sam Rayburn was born in Tennessee, one of 11 children of a Confederate cavalryman. The family moved to a 40-acre cotton farm in Texas when he was 5. There he attended a one-room schoolhouse and did the usual chores expected of farm children. When he wasn’t farming he read voraciously. As he later re marked, “By the time I was 9 or 10, I had read every history book I could ﬁnd . . . everything I could get hold of about Washington, Hamilton, Jefferson, the Adamses, Monroe, Madison, and all I could about the men then in public life.” By the time he was 13, he had decided on a public career. He didn’t lose time reaching his goal.

At 17 he entered college, working his way through by sweeping ﬂoors and milking cows. Upon graduation he taught school. At 24 he was elected to the State legislature, serving 6 years, the last 2 as Speaker of the House. He studied law between sessions and was admitted to the bar. He was 30 when ﬁrst elected to Congress.

Despite his rise to positions of power and inﬂuence, Rayburn remained a plain, homespun man. President Johnson said of him that there wasn’t anyone in the United States who couldn’t see him “if they were willing to sit a spell. To the dismay of his staff, he made his own appointments—often on the back of an old envelope in his hip pocket. And he read his own mail. ‘When someone writes me on tablet paper with a lead pencil,’ he once told me, ‘I ﬁgure what he’s writing me about is pretty important to him.’ ” And once, in talking of Flag Springs, the little town where he attended school, Rayburn said: “All of us are just a little way from Flag Springs. You know I just missed being a tenant farmer by a gnat’s heel.”

There is hardly a name in our history so bound up with our democratic traditions and ideals as that of the man for whom this ship is named. “He was the last tie between the frontier concepts and ideals of Thomas Jefferson, Andrew Jackson, Davy Crockett, Sam Houston, and Abraham Lincoln and the new Frontier of Science.””

The 28th United States ballistic missile submarine to be commissioned, Sam Rayburn conducted demonstration and shakedown operations on the Atlantic Missile Range, first manned by her blue crew and then by her gold crew, under Comdr. William A. Williams III. She joined Submarine Squadron 18 before her first patrol in the summer of 1965. In August 1965, she joined Submarine Squadron 16 and made 7 patrols out of Rota, Spain, before rejoining Submarine Squadron 18 in December 1966 at Charleston, S.C. During 1967, Sam Rayburn completed her 8th through 11th Polaris deterrent patrols. During 1968, she completed patrols 12 through 14. During 1969, Sam Rayburn operated continuously with Submarine Squadron 18 until commencing overhaul at Portsmouth, N.H., in December. Upon completion of overhaul on 27 May 1971, Sam Rayburn operated along the eastern coast of the United States throughout 1971 and into 1972. Sam Rayburn departed from Groton, Conn., and arrived in Charleston, S.C., before departing on an extended period of special operations.

The USS James Monroe (SSBN-622) on 9 January 1968 became the first submarine with POLARIS A2’s to enter overhaul and to receive POLARIS A3 capability.

In 1974 the SSBN Extended Refit Program (ERP) was initiated. Previously, an operational SSBN was scheduled to undergo an overhaul approximately every 7 years, which resulted in taking it off line for almost 2 years. To increase the SSBNs at sea effectiveness, it was decided to initiate a program to accomplish some preventive/corrective maintenance (mini-overhaul) on SSBNs at its normal refit site. This was done by extending a normal 32-day refit/upkeep between patrols to provide a 60-day extended refit period. This was to be conducted at 4-year and 7 year intervals after initial deployment or overhaul of a SSBN. The time between overhauls was then extended to 10 years versus the 7 years. The first SSBN to undergo ERP was the USS James Madison (SSBN-627); the ERP was conducted at the Holy Loch, Scotland, tender refit site in September- November 1974.

Lockheed commenced the TRIDENT I (C4) program in November of 1973 with the missile’s IOC date established as 1979.

The first of the new Ohio-Class submarines was authorized in 1974 but would not be available until 1979. Thus the Navy decided to borrow a page from the Extended Refit Program (ERP) book and a C3 to C4 SSBN “backfit” program was initiated in mid- 1976. Five additional SSBNs 629, 630, and 634 underwent a “pierside backfit” while three other SSBNs (627, 632, and 633) were backfitted during their normally-scheduled second shipyard overhauls.

On 10 June 1985, the White House announced the decision to dismantle a ballistic missile submarine to remain within the SALT II ceiling on MIRVed missiles. USS Sam Rayburn (SSBN-635) was selected to fulfill this requirement and was deactivated on 16 September 1985, with missile tubes filled with concrete and tube hatches removed.

One of the boats scheduled to replace the MTS units is the USS San Francisco, SSN 711. This was my third submarine and the only one I can claim plank owner status for.

These 41 boats changed the course of history. Thank you to the men who sailed on them and kept America free.