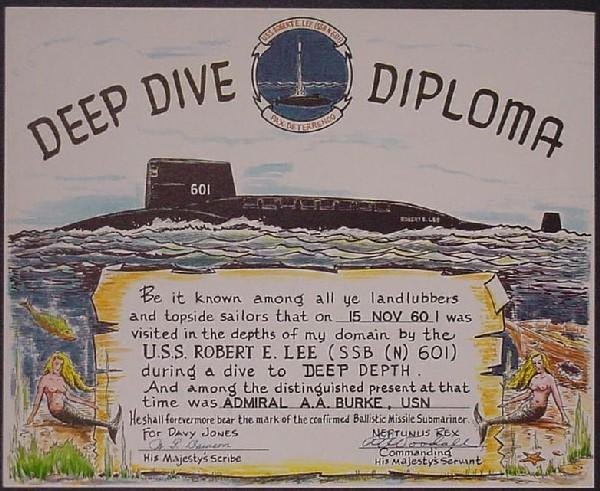 During his time as Chief of Naval Operations, Admiral Arleigh Burke communicated with his top leadership team using Secret Memos.

Many of those memos are now declassified. CNO Personal Number 35 was issued to discuss the increase of Soviet submarine activity in the Atlantic region as well as to discuss the coming Polaris Missile system. Admiral Burke wanted to make sure that the system was not over-exaggerated before it became fully operational.

In the late 1950’s and early 1960’s, the Army and Air Force were still fighting to become the predominant nuclear force for the nation and there were a number of attempts to steal emphasis away from Polaris as well as funding. The Admiral was the right man for the job and fought tenaciously for the independence of the Navy’s fledgling missile program.

Below are copies of the original memos.

“Make No Wild Claims” on Polaris

One way that CNO Arleigh Burke kept in touch with his admirals was by sending out bulletins expressing his thinking and knowledge—the inside “dope”—on a range of issues, from budgets to administration, but also strategic assessments. In a set of talking points for use by senior officers when publicly discussing the Polaris system, Burke advised the admirals to avoid “wild claims” because Polaris had yet to be tested as a system. Moreover, admirals should not argue that the Navy wanted to put all the “nation’s eggs in one basket for deterrence.” Nevertheless, Burke’s arguments about Polaris’s advantages pointed in that direction by identifying fixed-based systems with provocation, instability, vulnerability, and arms races. 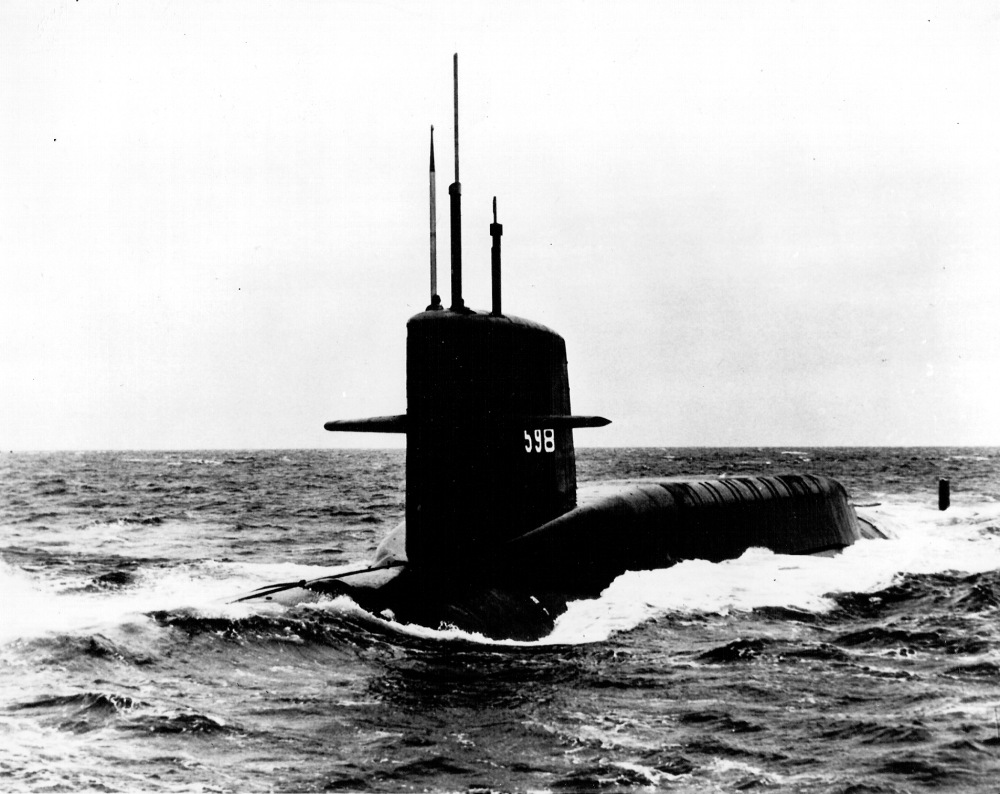 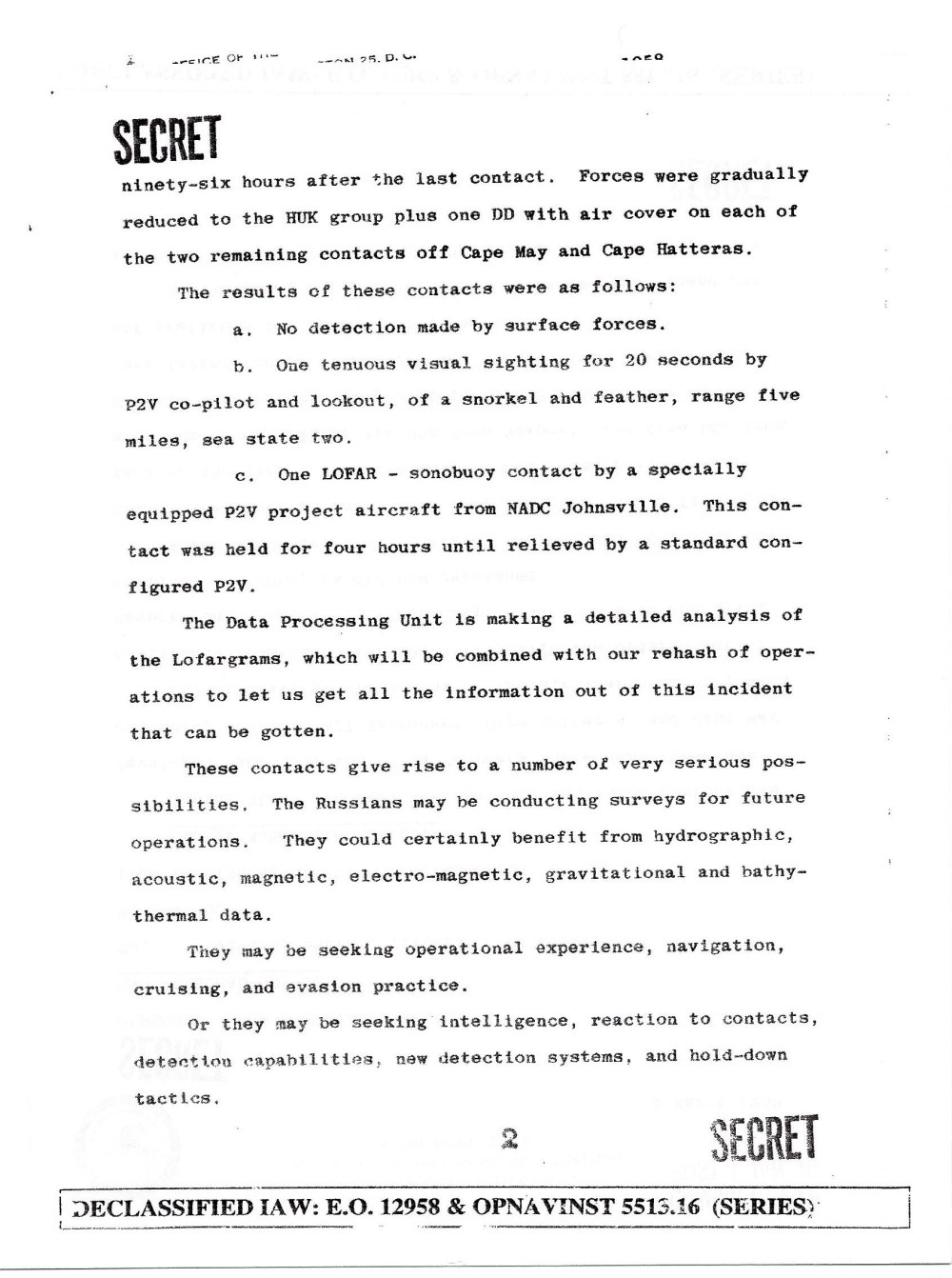 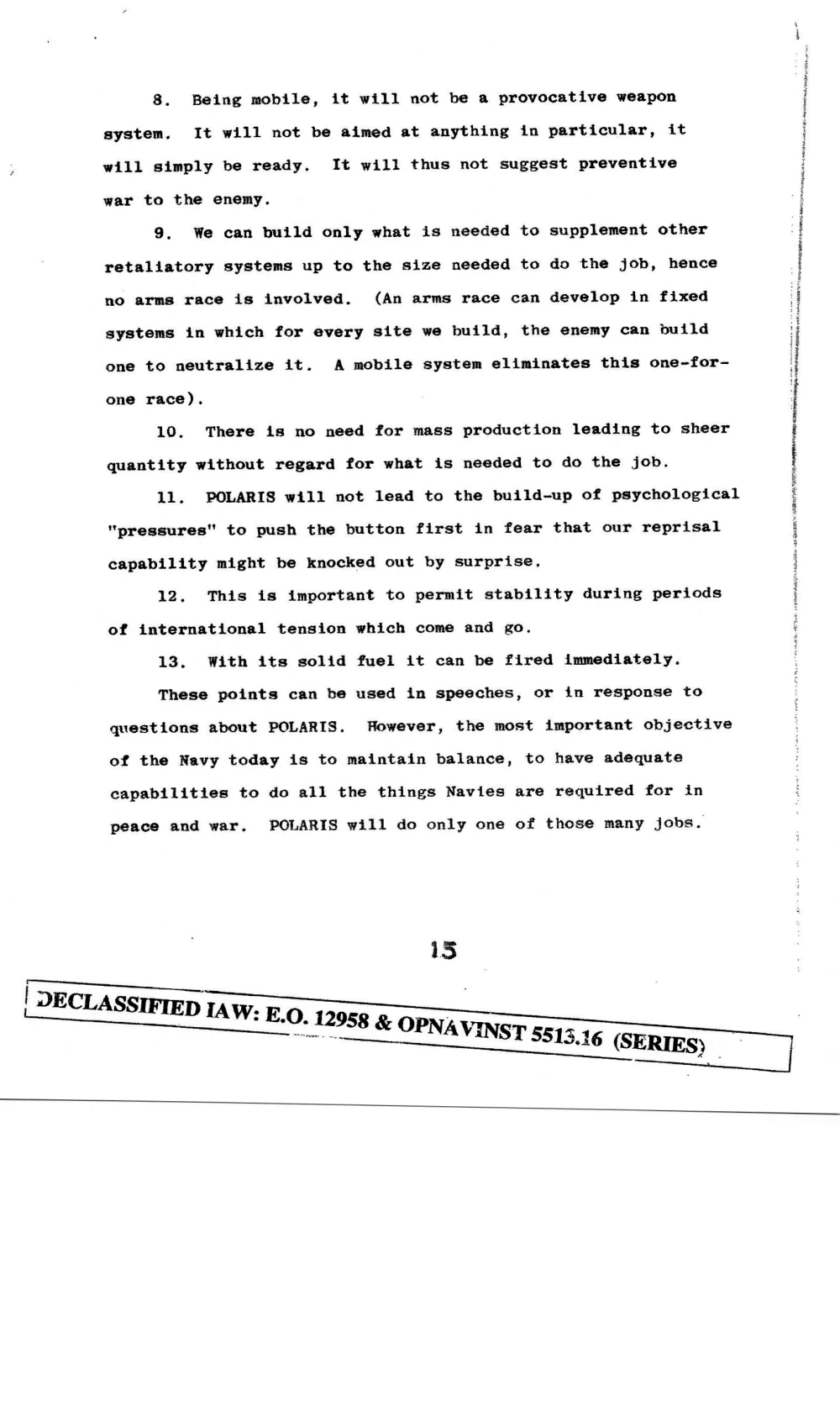 5 thoughts on “Make no wild claims about Polaris – Burke (CNO PERSONAL NO. 35 SECRET – Personal For Official Use Only)”