As Veteran’s Day approaches once more, my thoughts turn to how many veterans I have known in my life. My Dad, of course, comes to mind immediately. He served during the last year of World War 2 in the Navy and returned to an America that was fundamentally changed from the country he had grown up in. His father served in World War 1 and his grandfather served in the Civil War. All of them were volunteers and each came home and participated in veterans groups until they passed on to the next reunion. 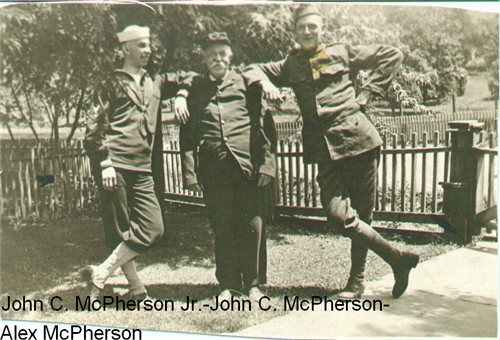 Growing up in my hometown, veterans always seemed to be really old.

Their original uniforms were ill-fitting and sometimes they had to wear the uniforms of the organizations they belonged to like the Legion and the VFW. Any attempt to get into one of their original uniforms for many was a struggle that got harder as the years passed. They walked a little slower than I am sure they must have when they served. Some struggled with mended limbs while others just fought the battle of arthritis. But none of them ever seemed to complain. They jockeyed up to see who would have the honor of carrying the flag or one of the Springfield Rifles as part of the honor guard. All of them understood that they were carrying that flag and the rifles for someone who was not able to be there to do so.

As the years passed, there seemed to be less and less of them marching.

Some had to slow down because they were no longer able to take that walk in the cold November weather. Others had long since joined their fallen comrades after having that same flag draped over their coffin. I visit my Mom every Tuesday at the retirement home she lives in now and this week I got a chance to see the men still living as they viewed the pictures from their younger days. Some now need assistance but all came to attention as best they could when the Pledge of Allegiance and National Anthem were recited and sung. I can’t imagine any of those men kneeling except maybe on the beaches of Normandy to try and avoid getting shot by a German machine gun. Or maybe on a beach in the Pacific to try and comfort a buddy that had just been maimed by a Japanese shell.

Going off to fight for my country 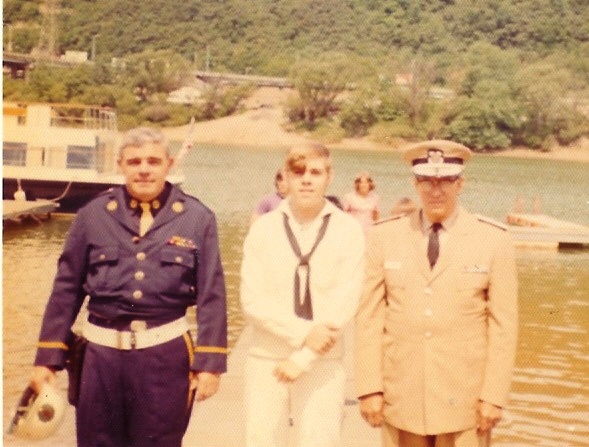 Like my Dad and his Dad, I joined when I was seventeen. I was in a hurry to leave town and serve my tour in uniform. Frankly, at seventeen, all I thought about was the glory and the nice uniform that would set me apart from my peers. Okay, I also thought about how it would help me with girls, but at seventeen, what young man doesn’t have at least a passing desire for the opposite sex. At least in the world I grew up in anyway.

And then reality set in

Imagine my disappointment when I discovered very early on that the payment for wearing that uniform was a lot of sacrifices. On the first day, you find out that in order to serve, you lose your freedoms. Really basic stuff like the freedom to wake up when you want, the freedom to speak when you desire and the freedom to get up and go anywhere and anytime you want. Gone. Just like that you find out that the rights you have taken for granted all of those years are no longer available to you.

Don’t get me wrong, you can still do all of those things. But you will pay an extraordinarily high price if you do not follow the rules.  What you don’t realize is that from that day until the day you are finished, all of those sacrifices are meant to shape you. You learn quickly that all of those around you are going through the same things. You are being built into a team and being prepared to do things that are unnatural and unpalatable to many people. Your actions as an individual and a team could result in the destruction of whole cities and the people within them. Or just a small village and a single enemy. No matter which, they would only be accomplished if the country was in danger. But you needed to be ready to answer if called.

I think that is when I started to understand why those veterans all looked so old.

It wasn’t just the passage of time. It was the understanding of the things they had seen and the things they had done. That hunched over old man wearing an Airborne Badge jumped out of a plane into enemy fire. That Marine who can barely walk had to climb over a sea wall at Inchon and spent the next two years of his life in hospitals trying to learn how to use his legs again. That sailor with the withered hands who survived burns over much of his upper body when a kamikaze plane crashed through the defenses of his ship.

They had the privilege of becoming old while many of their comrades did not.

The ones we remember on Memorial Day hold a special place in their hearts always. Some of them became old because they had something called survivors guilt. Why did that bullet take my brother and not me.

But when you look at your eyes, the age fades away. Those eyes that have seen so much are still intense with the feelings of achievement and sometimes a little pride. I see it every time I volunteer at the VA. I saw it last week at out Veterans Breakfast put on by my state Representative Justin Walsh. Those eyes saw unimaginable horrors but also saw the fruits of their sacrifices fulfilled. They achieved their mission and them came home to a country that was better for their service.

I am older now than the men were who I used to think were ancient. I survived my two decades of service while some of my generation did not. Many who served with me now are suffering from the ravages of age and diseases that surely came from their service. When I have been lucky enough to see them at reunions though, I notice something within a few minutes of talking with them. While outwardly we all appear older, we are all still very young at heart. To a person, they all say the same thing. If they were younger, they would do it all again.

Where do these men and women come from? More importantly, if the country needs them in the future, where will they come from?

Thank you to all who served. It was my greatest honor and privilege to serve as your comrade.

I never planned on becoming an old veteran. But with the Grace of God, I am thankful to still be able to write these words. I know many who did not have that written as part of their stories.

15 thoughts on “I never planned on becoming an old veteran”