When I see an internet news story like the recent one detailing the shrinking of the American fleet, I get a kick out of reading the comments in the remarks sections.

If you ever want to determine the lack of knowledge of the average internet news story reader, spend a few minutes looking at the remarks from people who are trained to turn on their computer but not their intelligence.

My favorite for today was from a reader who pontificated on the reasonableness of destroying the Navy and all of the armed forces. From their post:

“Also, the international security climate as a whole is becoming more peaceable, there is less need for ridiculous spending on certain parts of the military.” 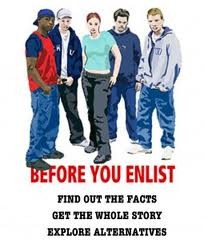 Hmmm. Makes you wonder what planet they are living on.

The unfortunate thing is that there are a whole lot of people who feel the same. They are so convinced that everyone else in the world can see their logic that all will be well with just a few more reset buttons pushed by the current regime. How’s that working for you?

Syria, Egypt, Iran, Israel, Russia, Georgia, Ukraine, All of the Stans, Venezuela, the Euro collapse, endless financial problems at home, Mexico, Indonesia, the Philippines, all of Sub Continent Africa, Pirates in Somalia, Jihadists everywhere, Afghanistan, Pakistan with their lose nuclear weapon program, Chinese threats in the far east against the shipping lanes, and on and on. Yep, peace in our time.

Being a Submariner and a historian, I am intimately aware of the history of our country not being prepared for the next war. We seem to be always ready to fight the last war but constantly overwhelmed with leadership that is confident that the world will match our passion for the glory days. I have spent a number of posts talking about attitudes towards sail versus steam, and newfangled toys (submarines and planes) versus battleships. But I am also aware of the cost of not being ready to fight with the weapons we did have because of short sightedness.

I have no intention of repeating the torpedo stories from the beginning of World War 2 since they are well covered in other places like these:

Captain Edward Beach, the submariner-historian said: “The torpedo situation during the first half of the war was a national disgrace and the negligent perpetrators responsible should have been severely punished”. 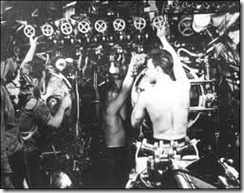 The negligent perpetrators were following their national leaders. Before World War 2, the country was just emerging from the Depression. Awareness of costs for things like testing of new torpedoes was a major factor in not properly preparing them for a time when they would be needed. 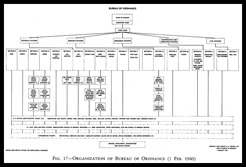 Think about it for a minute

We had enough submarines at the start of the war. They were in the right places. But without torpedoes that worked, we were essentially crippled in our efforts to conduct the type of warfare that may have slowed down the Japanese in the first year of that conflict.

Instead, we sent many of those shipmates to a certain death.

We were unable to slow the Japanese which helped to ensure the slavery of millions and death for an unimaginable number of men, women and children both civilians and service personnel. What price would you have been willing to pay to prevent the torture and suffering of those many people? What treasure could have replaced the fallen Navy man in his Mother and Father’s eyes? How do you put a price on being prepared to prevent another slaughter?

Its unfortunate that our “leaders” have spent us into the poor house trillions of times over. I think I have a good start in solving that. Lets round them all up and take back the money they accepted for screwing up everything they did. I know that won’t actually happen, but imagine in your lifetime if you cost your company more money that it was capable of earning in the next ten years. Would you still be working?

National defense is not a luxury item that you only fund when its politically correct.

What about the cost?

There is always a cost. A manageable way of controlling those costs is to ensure that an efficient defense is maintained on a regular basis. Continuous improvement in cost, quality, delivery, price and manufacturing can result in a steady stream of needed innovation to give the United States a technical and practical edge. True competition and investments in national priorities can help to ensure we are looking at the next need. There is even a school of thought that says that if we do it right, we can prevent wars through preparedness.

If you shut off the value stream, there are consequences.

The companies that provided the ships, planes, weapons, electronics, and so on will gradually lose their ability to provide those items and services on demand. With the loss of business, you also lose the knowledge and skills used to provide those resources. The suppliers that were in their value stream fall away and take up other occupations. So even if the flow was turned back on, something as simple as a screw being missing could prevent the missile from being manufactured in the time frame needed.

In my last job, we went through the agony of seeing the workforce laid off.

The recession cut deep into manufacturing and we could not sustain having so many highly paid technicians standing idly by without orders to fill. Months went by and our suppliers also had to react to decreased orders. Many did not survive the downturn at all.

Then one day, our customers started calling again. Their customers were seeing some light and they needed our components. So we called back our workers and retrained many of them to the newer jobs (as well as some of their old ones). We ramped up production and hit a solid stone wall. Our suppliers (the ones that survived) had a limited amount of inventory on hand and some of it was obsolete. We raced to get new suppliers but even they had to go through the proving process to ensure quality assurance in our final product.

Do you think the customer gave a crap about our problems?

Not a bit. They just saw an opportunity to make money to survive passing them by. It was obvious that the alternative was for us to fill his orders or he would make the decision to go somewhere else.

When it comes to defense, there is no place else. Because of a great number of factors (most of them political) we have a limited amount of primary providers. The value stream of parts and services to support them is just as fragile. We have not protected our manufacturing base as we “globalized”. If we do not carefully manage this current trend in “right-sizing” we will find ourselves for want of a nail at the time we need it most. I wonder if the next enemy will be polite enough to wait for us to ramp back up again?

As you look at your leaders in the coming months, look carefully at the ones who recognize the consequences of these decisions. Call them out on it. If the answer does not include a plan to defend this nation, carefully consider if this person is worth the vote you will cast. No Party’s. Only a person who will eventually make decisions that effect all of our futures.