“We are the largest nuclear power,” Putin said, addressing supporters during a televised meeting. “And our partners have certain concerns and shake us so that we don’t forget who is the master of this planet, so that we remain obedient and feel that they have leverage to influence us within our own country.”

Its hard to believe that quote actually came from a speech made just yesterday in regards to alleged interference from the American State Department in the Russian elections. I would have thought it was ripped from the pages of the Cold War.

Don’t get me wrong. I think its been great that we have had about twenty years of seeing a diminished Soviet Union Russian Federation. Although it has given rise to an underground mafia like infrastructure, it still beats the heck out of chasing those guys all over the world’s oceans wondering if any of them might go rogue or suffer a disaster more serious than the K19 and others near our coasts. 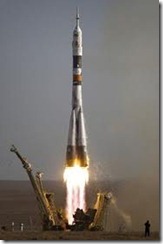 But anyone who thinks Putin and the Clown Posse KGB are satisfied with the status quo are surely out to lunch. My personal belief is that the day the Soviet Union died, Putin started plotting how to get it back. All of those naked chest pictures and wrestling bears with his bare hands are there for a reason. I like GW but I think he needed to put his glasses on (or take the rose colored ones off) the day he looked into Putin’s eyes and saw a soul. I have never seen the man personally but I know evil when I see evil. 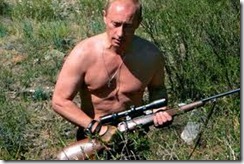 Why do you think they are so hesitant to have an anti-missile defense system so close to their home turf? Part of that reason will of course be the weakening of a Russian offensive threat. But part of the reason is that in the grand scheme of things, it would be one more entrenchment of a future adversary which might justify an aggressive response when the Russians decide the time for charades is over.

A regional war outside of Europe could trigger an unexpected response from the Giant Bear. Pakistan and India, Iran and Israel, the Koreas, and any of the other nightmare scenarios studied in war colleges around the world might leave the Russians feeling like it is a great opportunity to regroup its protective borders to prevent the slaughters of WW1 and WW2. Germany may react in a negative way to one of the oil shocks that will surely come and decide it needs to protect its national interests. The collapse of the Euro may send a weak shiver through all of the parties resulting in a closing of trade and borders for extended periods of time. Chinese aggression in the oil lanes surrounding their territory would be awfully hard to manage if all of these scenarios happened in the short space of time some predict. 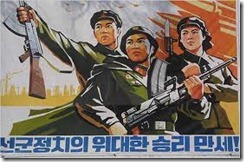 In short, we are living in a very fragile time.

The United States rose to be a stabilizing force in the twentieth century. Distance kept us safe even when our military was grievously wounded at Pearl Harbor. The distance can no longer protect us. Space and weapons technology, electronic warfare on a national scale affect us all. Internal threats from not only “home grown” terrorists but from sleeper cells that are surely here will result in threats unlike any we have known.

Where are the internal threats? If I wanted to make a country weak, I would start with using their own honest intentions and the courts to soften them up. The more you can make authority weak and afraid of its own legal system, the quicker you can overturn them. The people who used to have respect for authority will openly flaunt it knowing they can pay a small fee and be right back on the streets. We see it almost every day with flash mobs and people attacking the police openly.

You weaken the country by encouraging people to breaking the laws in the name of fantasies like “Social Justice”. You create class warfare on a grand scale and pillory the extremely wealthy. Look how well that turned out for the French.

There is a glimmer of hope though. This country has withstood other crisis’s in the past and grown to be even more stable. The steadfast love for freedom and liberty will always rise up and trample the progressives who are blinded by a false utopia. A leader will rise up and bring a sense of strength back to the people. Businesses will no longer be afraid to hire people and invest in growth because socialists who want to take even more of their money will be made powerless. For every Carter, there will rise a Reagan.

The Soviet Union did not dissolve because they suddenly developed a sense of fair play and justice. The Soviet Union dissolved because when we needed to be strong, we were. We were unapologetic, un-bowing, and un-fazed by the threats they alluded to destroy us. We proved once and for all that you can have Peace Through Strength. It seems like the current regime is bound and determined to prove to us that their path will bring us exactly the opposite. I have five nephews on active duty in three different branches. I would hate to see them sacrificed on the alter of political correctness.

Lets Win One More for the Gipper… and for America, The Home of the Free and the Un-bowing Brave.

One thought on “How’s that Reset Button working for ya?”