Yesterday I saw an article about some staffers in Washington who thought that it was okay for them to start drinking at 9:00 AM and use Twitter to mock their boss and the American people who pay their salaries. Fortunately, they will be looking for a new job now since they got caught. But what about the ones who aren’t being caught? The article says that there is a culture in Washington that seems to allow for this kind of thing. From my point of view, it’s not just the culture of the staffers that is out of kilter, it is the entire kit and caboodle.

Washington Culture? (is that some kind of oxymoron?)

How many people do you know who have limousines drive them to work only to not actually do anything? How many places do you know where the people who do so little have private gyms, private dining facilities, unlimited phone and mail privileges and on and on. Where else in America (besides the banks and investment firms that steal our daily bread) can you find cushier surroundings and more comfortable chairs? No wonder the politicians are willing to spend so much of their friends and contributor’s money to win a job that barely pays enough for the houses they live in and parties they participate in.

Now don’t get me wrong. It these guys and girls were going there and really fixing what’s wrong with the country, I might be willing to pay a bit more for them to be comfy. But from what I can see, they and their cronies have gotten us into a heck of a mess. I don’t even know what 14 trillion dollars looks like but from what I read, we collectively owe that. Plus, all these bailouts seem to help their friends keep their houses in Boca Raton and along the shore while the rest of us are just skimping by. In fact, it seems like their friends are barely suffering through any of this recession despite the fact that they probably caused it by their greed and allegiance to a bunch of lobbyists.

Frankly, I think the whole problem can be solved pretty reasonably. If the idea I have is implemented, it will fix everything. It has a lot to do with the oldest principles of the Republic:  Location, location, location

When the 13 original states were young, the choice placing the capital in Washington DC made a lot of sense.

It was sort of a middle ground for all of them and frankly it was not a place where people wanted to spend a lot of time. The heat and humidity in the summer made staying there kind of hard and frankly, the mosquitos and other pests probably made wearing those hot woolen outfits kind of uncomfortable. There was an equal amount of sacrifice on the whole for people who would have to travel from their own states to do the countries work.

There wasn’t much to do there in the beginning so they would naturally head home for the summer and stay in close touch with their constituents. The advantage for the people they served was that the leadership could not hide from the people who were footing the bills and if some elected official showed up with a new horse and buggy, well everybody in town probably knew about it fairly quickly.

Compare that to now.

Washington has been the seat of power for so long, no one thinks twice about the enormous costs to live there. Air conditioning and many limos keep the average congress person from breaking a sweat most days and both houses can stay in session as long as they want (on a not to interfere basis with their junketing). 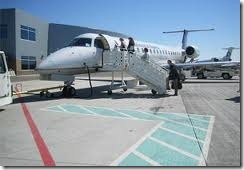 The best food, the best wine, more staff than ever before, lobbyists to secretly pay for the little extras and you have a nice little set up. No need to worry about those darn constituents seeing your personal wealth expanding since you can live there full time.

The only time they  need to return home now is if they actually need to campaign.

In most cases, it doesn’t seem like that’s needed anymore since incumbency means spreading the bucks around. No one likes congress, but everybody likes their own congress critters. Despite all the bluster on both sides of the aisles, earmarks and traded votes for paybacks is the order of the day. Plus with omnibus spending bills, who can keep track of all those goodies like ice machines for homeland defense. I wonder what flavors they will offer when the next building gets rammed by a plane.

What is this perfect fix I keep tempting you with?

Washington has become too comfortable and no longer feels our pain. 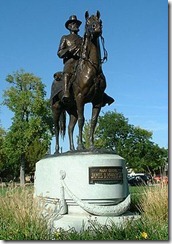 The most obvious first step is to move the capital to McPherson Kansas (I’ll wait right here while you Google it). From their website:

“Imagine beautiful tree-lined streets, neighbors visiting on sidewalks, children playing in the park and the sounds of a busy waterpark. Imagine having an amazing range of recreational and cultural opportunities for all ages, along with unique shopping, diverse dining experiences and multiple community events. This is life in McPherson! “

McPherson was once named one of the 100 best small towns in America and has the advantage over Washington of actually being an epicenter to many of the lower 48 states. The town of almost 14,000 people is clean, has a good supply of natural resources, and a very low crime rate. The people are of good stock and very friendly as long as you don’t overstay your welcome. There are two colleges there and the McPherson Opera House has recently been restored and would be a good place for speeches (William Jennings Bryant once spoke from the stage so it’s a natural setting).

We will have to make a few adjustments.

First, there aren’t enough hotels there so the only time it would be reasonable for meetings is in the summer when the colleges are on break. I am sure arrangements could be made with the folks at both Mac and Central colleges for rooms and the cafeterias serve good honest  American food with some slices of foreign food to break the monotony. The folks on Main Street can provide an adequate supply of sandwiches and non-alcoholic drinks during the day and evenings can be spent in the dorm rooms really focusing on how to fix what previous congresses have screwed up.

There will not be enough room for staffers of course. Besides saving everyone a lot of money, it would mean that the elected folks would actually have to read and draft the laws and rules changes they are proposing. In a lean world, staffers have been replaced by computers anyway and there is nothing that says down to earth like having to make and pour your own coffee.

Not to worry though, you can get on the internet right from your dorm room with your laptop and we will have a lot of printers handy for the actual workday. There is no Office Max or Staples there so they will have to bring their own paper. Maybe that might prevent them from printing reams and reams of paper that no one reads and never gets passed anyway.

The airport’s kind of small so everyone will have to fly into Wichita and take a bus up to town.

Although the airport did get a much needed upgrade back in 1995, Air Force One will still not make a decent landing. Sorry, with the influx of people, no limousines will be allowed within the city limits. Cell phones do work in town, but for the sake of expediency, all cell phones will be collected on day one of the WORKING SESSION. Since no one will have any staff, they needn’t worry about phone calls anyway. They can have the usual answering machines in their home offices and can check their messages using the pay phones at the college at night.

So here it is in a nutshell:

No staffers, no lobbyists, no cell phones, meet only during the summer months, work until you fix things, then go home and be with your constituents. You will notice I didn’t say anything about cutting out the fact finding trips to Paris.

Frankly, I have been to Paris and there are not a lot of new facts to discover. Plus, being at home with your neighbors makes it a little less likely you can sneak off and fly in a big old Air Force plane on the taxpayers dime and see the world. If you want to see the world, join the Navy.

I also didn’t mention the President

To be fair, I think he shouldn’t have to stay in the College dorms. I would probably put him up at the Wheat State Motel on the edge of town. There should be enough room for the cabinet but they might have to double up. Security would be pretty easy because other than a Laundromat and a liquor store, there is not a lot of traffic out that way. Plus, you can see for miles and miles and miles.

The noise from the refinery can be a bit loud from time to time but that’s just an inspiration for all of them to get their business done and get back home.

Room service is a bit iffy, but you can head on over to the Chinese restaurant by the Wal-Mart and get an excellent meal. Plus, the Legion does a mean steak fry on Friday nights. You will love it.

Now the practical person would ask, but Mister Mac, what will we do with all those empty buildings back in DC?

Well, They can be made into full time museums dedicated to the most monstrous example of waste fraud and abuse this country has ever known. Maybe the Chinese will take them in trade to pay off the debt our illustrious leaders have racked up. It will be great for the tourist to finally be able to park in the capital they have already paid for many times over.

In my next “How to fix everything” article, I will cover pensions and perks. Since we will go back to having a part time legislature as once envisioned, I can see some real savings from those areas.

Can you spell retroactive?

See you in Kansas

One thought on “How to fix everything”