Anchors Aweigh is described as the response to the order to weigh anchor when the anchor has been tripped and is no longer attached to the bottom.

I am unaware of there is an official response if the anchor is no longer attached to the ship. A number of four letter expletives come to mind, but people of many ages and sensitivities read the blog so I will allow the reader to use their imagination and fill in those blanks.

A submarine is best employed when it is underway. Sitting next to a pier, it is relatively helpless except for the shutdown duty crew that can shut the hatches and button up in signs of trouble. A submarine at anchor is also an abnormal condition and one that is fraught with potential adventures.

Thinking back, it was pretty rare for any of the boats I rode to sit at anchor and the one time that the San Francisco used hers off the coast of Maui, it didn’t turn out so well. We were stationed at Pearl Harbor at the time and had been on a special operation. Towards the end of the run, the Captain announced that we were going to do a port call in Maui before returning home and that the wives had been notified that they could join us there and return home on the boat.

That was a pretty exciting thing for the families that would be joining us. Not only would we get a few days together in romantic Maui, but they would get a ride on board the boat including a submerged run. So all the plans were made and the only detail that needed to be attended to was the place where we would anchor.

As the old whaling ship masters could tell you, the sea around Maui is relatively calm but the wave swells are long and fairly strong.

I can imagine that they would want to securely fasten their anchor so that their ships would not drift into the shore or into a nearby ship. Anchoring is definitely an art and I suppose submarines don’t get a chance to practice it as much as other types of ships. The other disadvantage an old school 688 has is that its hull is mainly submerged even on the surface so underwater swells and currents will have a pretty strong effect on her.

The big day arrived and we anchored within sight of the island. The small boats took those of us lucky enough to have someone waiting for us to the nearby shore. Maui is a very nice vacation spot and the people are friendly and hospitable. The hotels are a fresh change from being stuck inside a berthing area with a lot of other guys and frankly that first real shower is one of the best feelings you can ever experience after those abbreviated submarine showers. 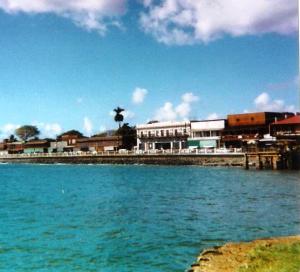 My wife and I had a great meal and then headed back to our hotel to get reacquainted after not seeing each other for too long. It was early in the evening and we were about to settle in when that one noise you never want to hear at a hotel in Maui with your bride occurred. A knock on the door. Then a more insistent knock on the door. I suppose we could have just ignored it but the sailor in me knew I had to answer it. Of course it was one of my shipmates in uniform who told me that I had to report back to the boat immediately. The anchor had broken free of its chain and the boat was slowly making big circles off the coast. The crew that was left on board was missing a few key people and one of those was Chief of the Watch.

Suddenly that decision to become the first second class petty officer to qualify as COW on board the 711 boat seemed like not such a great idea. The crew member that found me told me that all of the other people qualified to stand the watch were no where to be found. That left me and the one guy already on board to man the station until the next day when we were scheduled to depart. The fact that we had already paid for the room and my wife would have to stay on shore until the next day by herself became inconsequential.

So I headed back to the boat and shared the next twelve hours with my comrades while we gracefully sailed off the coast in very large circles.

It ended well since we picked up the wives and headed to Pearl the next day. My wife even got to help me initiate an emergency blow which was quite a thrill (for both of us since she did the aft group first and then froze because of the noise it created!).

The thing I have thought about since then is how important it is to have the right anchor for the right situation. As a kid, I remember my Dad teaching me how to anchor the houseboat on the Monongahela so that it would stay in one place despite the currents. Its definitely a skill because doing it incorrectly would allow the boat to swing port or starboard with sometimes unexpected results.

When I first wrote this story in 2011, the world and the country were in a far different place. Nine years later (2020) it feels like the anchor we have been missing has been put back into place. The world has continued to change, but I believe we are going to be alright now. 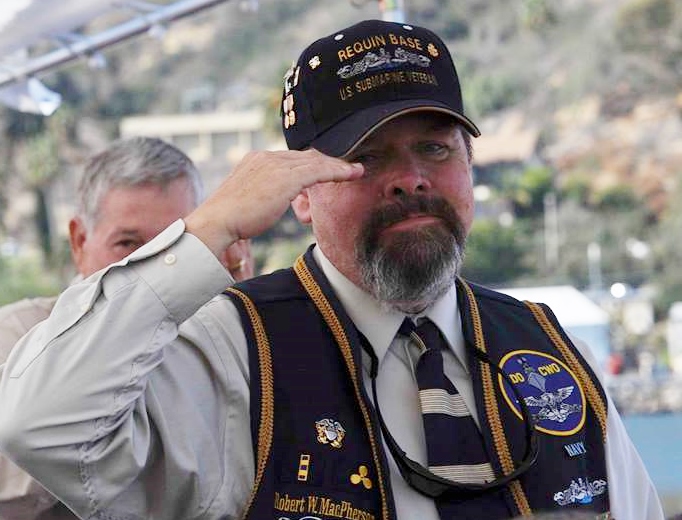 4 thoughts on “The Anchor’s Missing Sir”