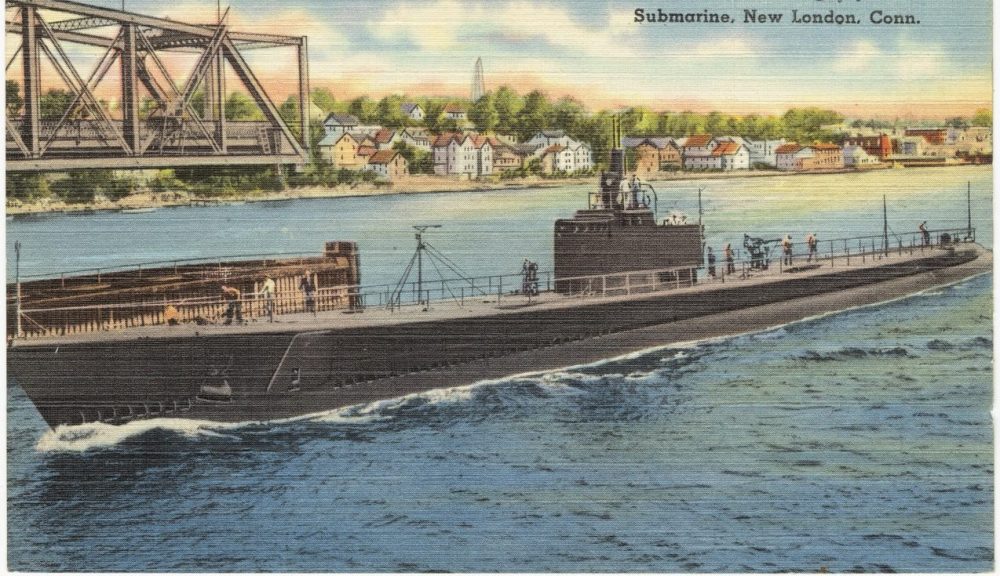 The “Down Express” – Tambor Class Warriors

My original intent was to do a daily diary for the 75th anniversary of the beginning of the second war. Funny how time flies. It’s been four years and I have begun adding new content to the page. One of the stories I had been researching was about the Tambor Class submarine. This was a class that was built in 1940 so fell outside of the original dates I selected. But when you read about these boats, their contributions, and the men and ships that were lost, you have to include them in the story of the war.

So many of the great names of submarine history find their way into this saga. Going all the way back to the 1930’s, you can see the struggle between the old way of thinking about submarine tactics and the emerging. Norman Friedman, author of so many great books about the boats, talks about the fears that some had for the most basic design features. Even the size of the gun would be a debate between leadership and the men who would ultimately rely on these boats after Pearl Harbor. 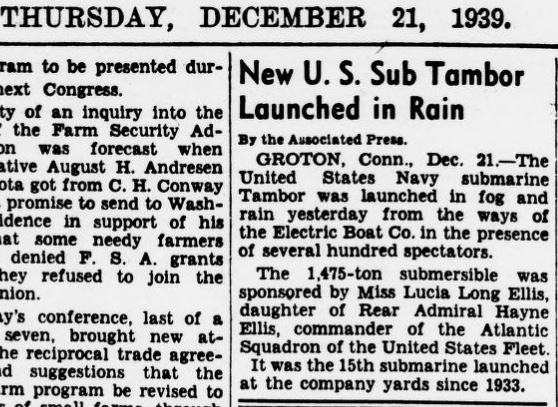 In the fall of 1937 a proposal for an improved fleet submarine was put forward by the team of officers put together by then-Commander Charles A. Lockwood (later Admiral and Commander Submarine Force Pacific), Lt. Cmdr. Andrew McKee, planning officer at Portsmouth Navy Yard, and Lt. Armand M. Morgan, head of the Navy’s submarine design section. It was to be large (1,500 tons), and carry the latest diesel engines, ten torpedo tubes, a 5-inch (127 mm) gun, and an updated Torpedo Data Computer. Habitability would be increased by the addition of fresh water distillation units and air conditioning.

However, the design concepts faced opposition from Admiral Thomas Hart, Chairman of the General Board. Hart stubbornly defended the building of small, coastal defense boats (without “luxuries” like air conditioning, whose primary function was not comfort but the elimination of prevalent electrical shorts). Through determination and skilled political maneuvering, the design of Lockwood’s team prevailed (though Hart would consent to only a 3-inch (76 mm) gun). As with other classes, the small gun was to prevent submarines from attempting to engage heavily armed escorts on the surface. This design was finally adopted by the Navy’s General Board and the Submarine Officers’ Conference for the 1939 program.

The Tambors included a negative tank, intended to reduce dive times. This was kept full when surfaced, adding to diving momentum when the main tanks were flooded. The negative tank was blown dry once the submarine was underwater to restore neutral buoyancy.

Such a tank (then called the “down express”) was used in the S-48 class but had not been a part of designs since. This resulted in a Dive time of 36 seconds to periscope depth.

The one real weakness of the boats was the single large engine room, which reduced survivability.

In December of 1940, tests were begun on the Tambor. The original design had a test depth of 250 feet. Tests with the Tambor suggested that the addition of another fifty feet would make the boats that much harder to find and kill. This would result in the strengthening of the follow on boats, In order to find out the feasibility of increasing the depths on existing boats, Tambor underwent a series of depth charge tests.

The test revealed that the hulls were much stronger than anticipated. By war’s end, it was assumed that a 300 pound depth charge would have to explode within fourteen feet to reasonably have a chance to break the pressure hull. ((US Submarines through 1945 page 205, Friedman). 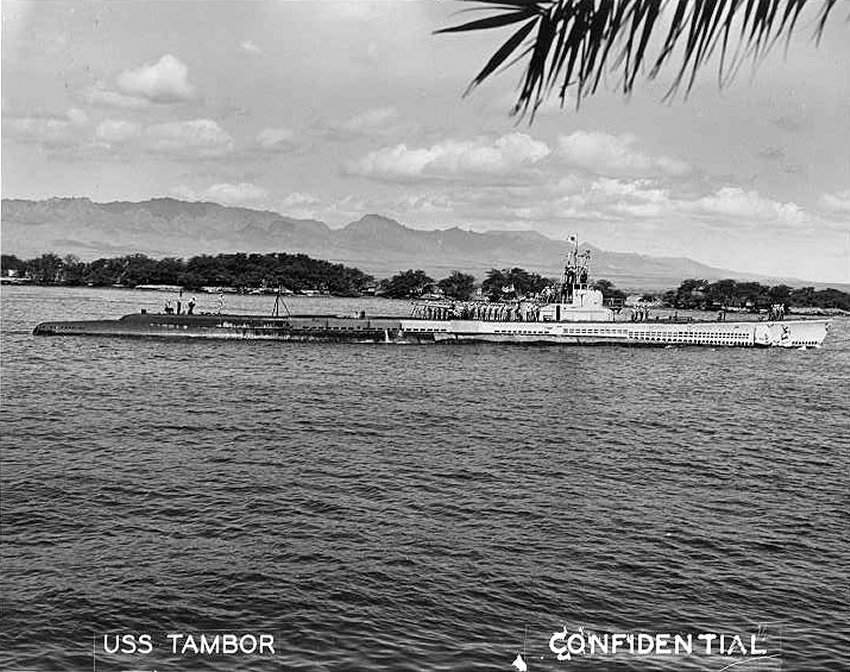 When Pearl Harbor happened, the Tambor class was already in theater. They were in the Harbor as the Japs attacked and they were patrolling the Pacific from the very first day of the war. 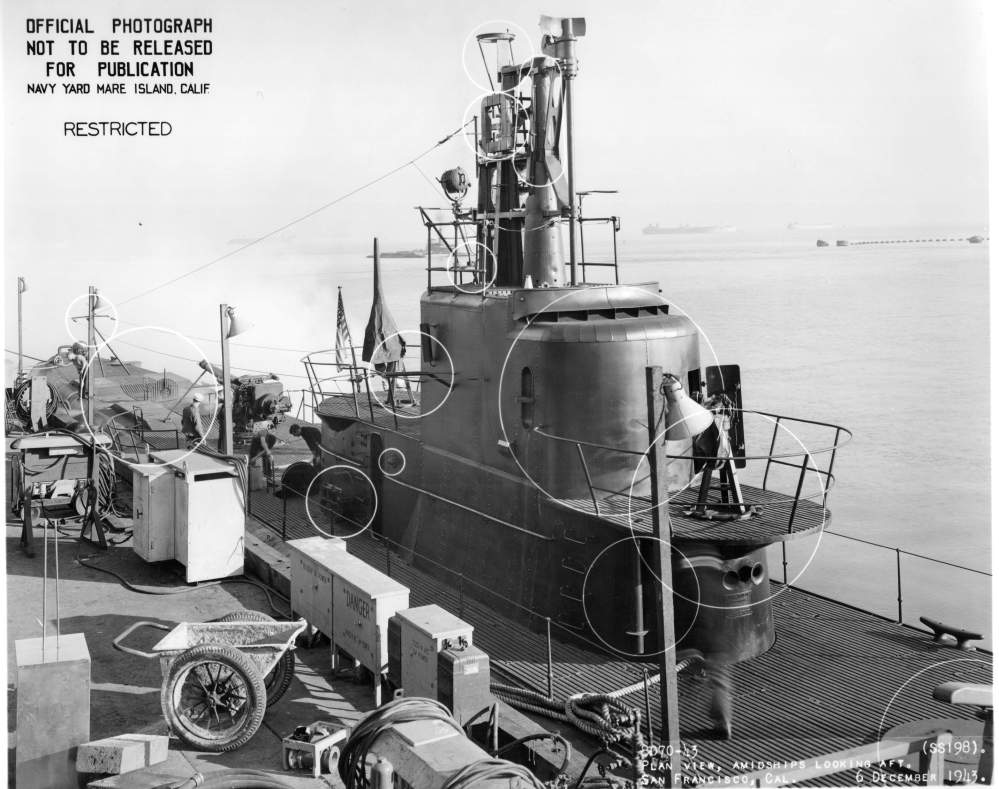 No other American submarine class suffered as high losses in proportion to its numbers in the Pacific.

Seven of the twelve Tambors were lost, all but two with all hands.

The full diesel-electric propulsion plant found in a few Sargos was continued, and probably improvements over the Porpoise class eliminated the arcing that had plagued those boats. The “new S-class” had boats with either General Motors-Winton engines or Hooven-Owens-Rentschler (HOR) engines. The HOR engines proved very unreliable, and were replaced by early 1943. The non-GM engine selected was the Fairbanks-Morse 38 8-1/8 engine. Still used as backup power on nuclear submarines, this is one of the best submarine engines ever. The Tambors were lucky; twelve of the subsequent Gato-class boats were initially equipped with HORs, apparently to speed up production. 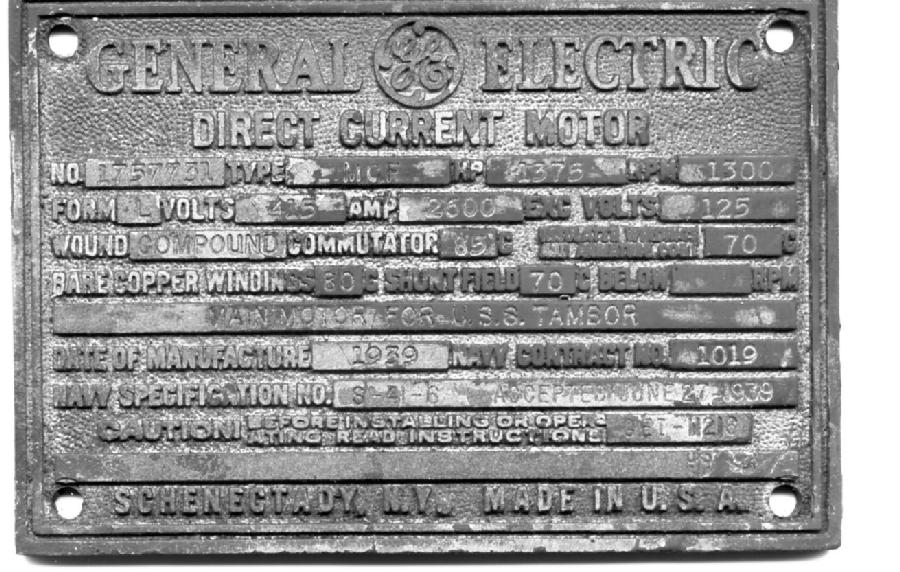 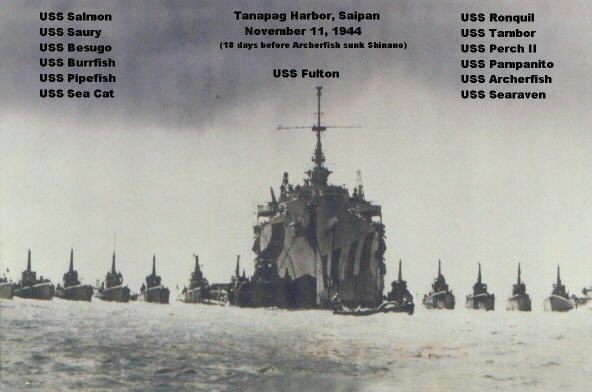 3 thoughts on “The “Down Express” – Tambor Class Warriors”