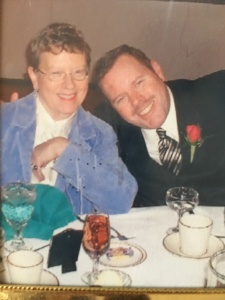 My Mom passed away on August 14, 2020. She had a long battle with Parkinson’s disease and the Covid Chaos had placed her into lockdown at the facility where she lived for about five months. It was incredibly hard not seeing her but the fear of an outsider introducing Covid into their community made isolation a prudent course of action.

The morning of her viewing, I was awakened by a strong sense of urgency to write down some thoughts about her life. The number 88 played in my head. My three brothers and I were sharing the honor of memorializing her life the following day at her funeral service and each of us were going to have a part. My role was to speak of her adventurous spirit. The following paragraphs are what I said. I am actually very happy that the Holy Spirit inspired me with these words and strengthened me to say them without faltering.

Have you ever wondered why pianos have 88 keys?

Pianos have 88 keys because composers wanted to expand the range of their music. Adding more piano keys removed the limits on what kind of music could be performed on the instrument. 88 keys have been the standard since Steinway built theirs in the 1880s.

The reason 88 keys still remains the standard is partially due to tone. Once a piano starts producing notes below the lowest A on the keyboard, the tones become almost unrecognizable. This is because the frequency range is incredibly low, and the human ear can only hear comfortably beyond a certain range. The same can be said for pitches that are beyond the highest C on the piano. It turns out, that is all we can handle…

The other reason pianos are at 88 keys is because there simply are not enough compositions to warrant a mass expansion of the instrument.

So to have lived a life of 88 years is nearly as perfect as a Steinway Piano.

The woman we honor today fits that description nearly is perfectly as any of us could want to live.

For many people, it would have been enough to have just been a strong Christian woman that gave birth to five children and supported a husband while he grew a career. A woman who added to her community through her church and volunteering. A woman who was as patriotic as the family she supported and cared for. Like the piano, she was often playing in the background. But there were so many songs left in her keyboard and each would be more amazing than the last. None of those lives would have been the same without her harmony and support.

The music of the world … Europe and the far shores of Australia and New Zealand were not too far to travel in search of that love of adventure… How many people do you know can say they have flown over the Great Barrier Reef in a hot air balloon or rode a submarine off the Kona Coast or even fly a helicopter into the edges of an active volcano?

The music of life itself… Mom made the most of her 88 keys. She lived a life where none of them were ignored and all of them acted in beautiful harmony. Whether she was playing in a duet or as a soloist, she never missed a single note.

Her music lives on in the songs she left in all of us … songs about being faithful to God and knowing Jesus… she taught us all to sing and she used every single key.

She lived this scripture from Proverbs 31: The Wife of Noble Character

10 A wife of noble character who can find? She is worth far more than rubies.
11 Her husband has full confidence in her and lacks nothing of value.
12 She brings him good, not harm, all the days of her life.
13 She selects wool and flax and works with eager hands.
14 She is like the merchant ships, bringing her food from afar.
15 She gets up while it is still night; she provides food for her family and portions for her female servants.
16 She considers a field and buys it; out of her earnings she plants a vineyard.
17 She sets about her work vigorously; her arms are strong for her tasks.
18 She sees that her trading is profitable, and her lamp does not go out at night.
19 In her hand she holds the distaff and grasps the spindle with her fingers.
20 She opens her arms to the poor and extends her hands to the needy.
21 When it snows, she has no fear for her household; for all of them are clothed in scarlet.
22 She makes coverings for her bed; she is clothed in fine linen and purple.
23 Her husband is respected at the city gate, where he takes his seat among the elders of the land.
24 She makes linen garments and sells them, and supplies the merchants with sashes.
25 She is clothed with strength and dignity; she can laugh at the days to come.
26 She speaks with wisdom, and faithful instruction is on her tongue.
27 She watches over the affairs of her household and does not eat the bread of idleness.
28 Her children arise and call her blessed; her husband also, and he praises her:
29 “Many women do noble things, but you surpass them all.”
30 Charm is deceptive, and beauty is fleeting; but a woman who fears the Lord is to be praised.
31 Honor her for all that her hands have done and let her works bring her praise at the city gate.

This song has ended now. Every key has played its part. The melody will play on in the hearts of all who knew her. But a new song has begun. There is a new angelic melody in the heavens and the adventurer is on the greatest adventure of her life.

The great Composer gives us victory… thanks be to God! He gives us the victory through our Lord Jesus Christ. It turns out that 88 keys was just the beginning … not the end

I hope you learned a bit about my Mom by reading this today. I hope if you have your Mom, you take a moment today and thank her for her part of your adventure. 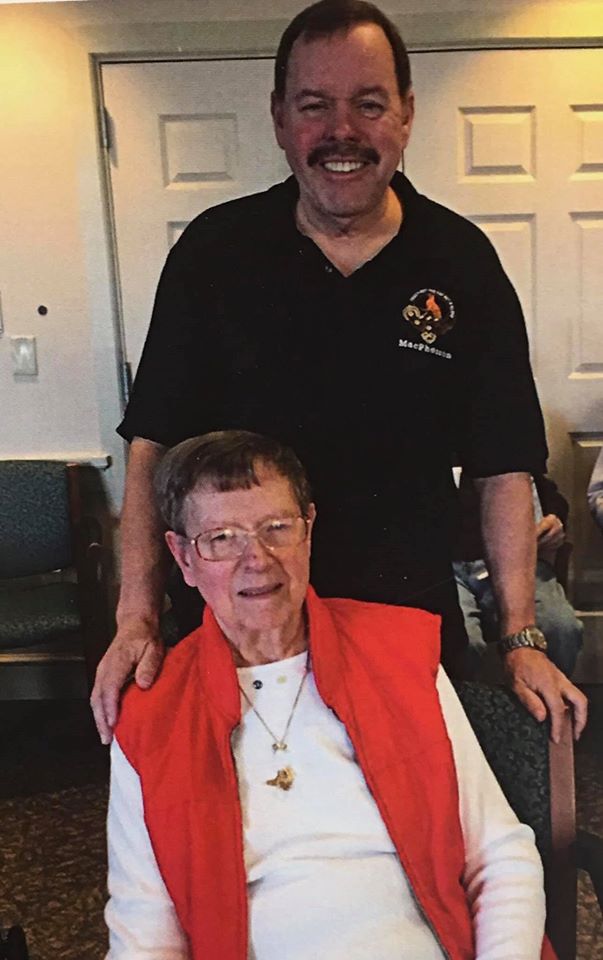