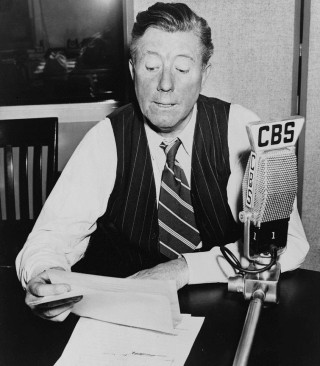 WE MIGHT AS WELL STOP DAYDREAMING ABOUT DEFEATING JAPAN

In February of 1940, the world was already at war. Germany had launched its offensive against Czechoslovakia and Poland and Hitler was in the process of approving the Mannstein Plan which would lead to the invasion and subjugation of France in the summer of 1940.

In America, many people sought isolationism. Fear of being drawn into another costly European war was in the front of many people’s minds. The powerful and influential were courted by newspapers and others to lend their voices to help prevent us from being drawn too closely into war.

In February or 1940, a voice that certainly held some influence was Frazier Hunt. A famous correspondent, Frazier was also a radio host of an evening show that was very popular.

Here is a sampling of his biography from 1938:

PUBLISHER’S BLURB–
“During the past twenty years Frazier Hunt has met, touched hands, and talked with as many of the world’s great men and women as any living person. Gandhi and Hitler, Lenin and Mussolini, Pancho Villa and Helen Keller, Sun Yat-sen and the Duke of Windsor, Chiang Kai-shek, Ramsay MacDonald, Coolidge, Hoover, and Franklin D. Roosevelt–he has known them all. He has lived through great events, seen history in the making, rubbed elbows with saints and sinners, generals and private soldiers, Nobel Prize winners and illiterate peasants. Perhaps nobody but a product of small town pre-war America could have carried it off as Frazier Hunt did, for he belongs to a generation whose like we shall never see again. Born in 1885 at Rock Island, Illinois, he spent his boyhood in a small Indiana town and after two years in Chicago and three in Mexico he returned to another small midwestern town to edit the local paper. It was with this background that he came to New York in 1916 and joined the staff of the Sun. From New York he went to France and from France to Russia where for months he had the Revolution all to himself. Two trips around the world followed and several long sojourns in Europe. Today, when he is not covering some special newspaper or magazine assignment, he spends much of his time on his ranch in Alberta, Canada.

“Born in 1885 in the Middle West, Frazier Hunt has remained a Middle Westerner in the face of all temptations to belong to other nations. He has worked for newspapers off and on throughout his career, but he has never stayed in one groove. Before the War he ran a plantation in Mexico for several years. After the War he helped Norman Hapgood and Ray Long on Hearst’s International and on Cosmopolitan. He wrote, rewrote, ghost-wrote, and secured contributions from the leading writers of Europe and America. He has commented regularly on world affairs over the radio and now divides his time between writing newspaper features, magazine articles, and books.

Frazier Hunt was certainly an influential voice. But the assignment given to him by the Washington Evening Star Magazine was to talk about how the country could best react to global events. Specifically, his mission was to create the genuine case for the defense of the Panama Canal. His article contained here certainly did the job well.

But it was the last part of the article which gave a very prescient view of what was about to unfold within the next year. Without understanding how things really would play out, Frazier inadvertently became a clairvoyant.

In THIS war-ridden world millions of Americans are asking if America is prepared to meet military attack. We have a long and vulnerable coast line to defend. We are envied and hated by nations that desire certain of our possessions. The crux of our vulnerability is the Panama Canal. Without it, we would be quickly crippled. Is it properly protected? How long will it take to give it the protection it needs? To answer these questions, and many others that will be obvious as you read, woe asked Frasier Hunt, famous wear correspondent, to make a thorough study of American defense, and to tell the blunt truth to our readers. This is the first of a series of articles that will lift the curtain on the facts about our Navy, our Air Corps and our Army. It should be of vital interest to every one of our one hundred and thirty million citizens. -The Editor 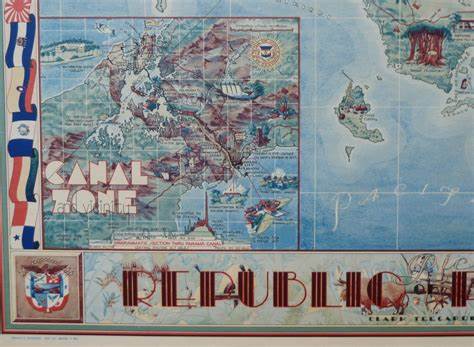 ….. Efficient and adequate hemisphere defense helps to guarantee our Canal and the open passage through it — at least until the day, a scant half-dozen years hence, when enemy bombers can fly the Atlantic non-stop with a load of bombs and return home. Perfection of the transoceanic bomber will open up a whole new set of defense problems for America, and they will be discussed in a later article. But meanwhile our concern is with the problem of keeping America safe for the present and the immediate future.

All right. Let’s assume that all of the necessary requirements have been met. Assume that all the vessels for our “new navy” are complete and in service. Assume that the Panama Canal and its approaches are adequately fortified. Assume, also, that no enemy bases have been established at any point in the Western Hemisphere. 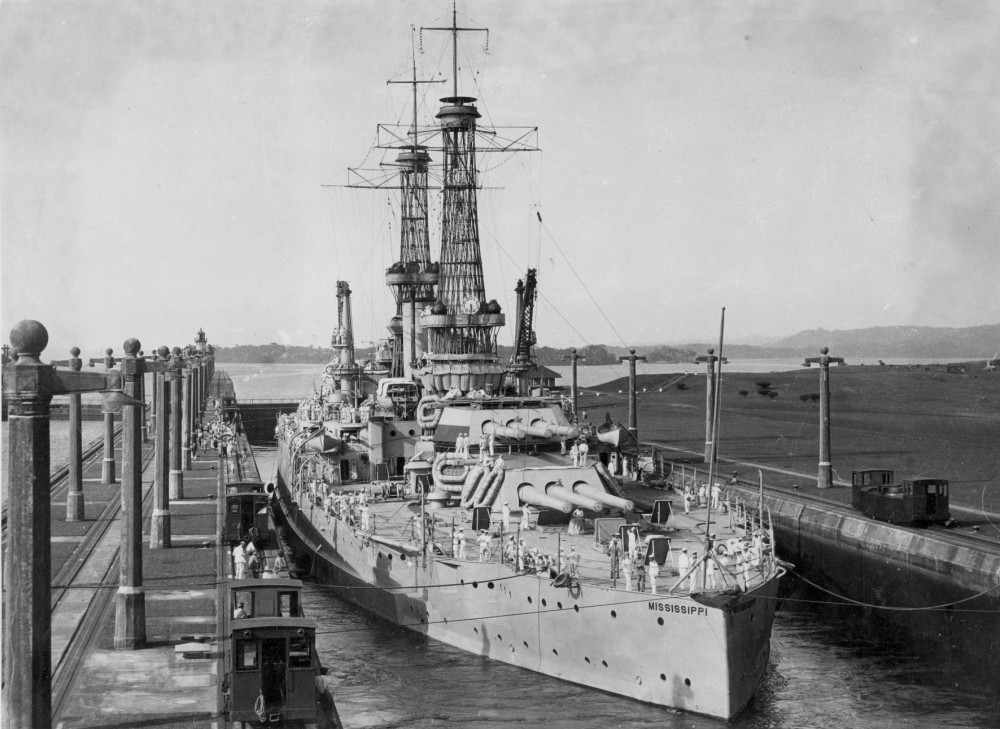 Does our navy then become adequate to protect our national interests? The answer is yes just so long as we confine our national interests to our own
Western Hemisphere. And that means that we might as well stop daydreaming about our ability to use our present navy to defend the Philippines against a hostile Japan or to carry a naval war into Japanese waters. Admitting that it is a bitter pill for most Americans to swallow, it’s better to face the facts now than later on in the course of a disastrous war. Undoubtedly, Japan will attempt to continue her stealthy encroachment southward until the rich oil and sugar lands of the Dutch Blast Indies are in her grasp. This is the dream of the Japanese naval men, while their army men would concentrate on the slow absorption of vast China.

But the double sword of Japanese aggression sinks deeper into Asia and the Western Pacific. Recently the Japanese Navy seized the important island of Hainan, 640 miles from our own great army and navy base in Manila. And even more recently she has claimed Spratley Island, a scant 250 miles from the South Philippines.

Four years ago we passed a law that obligates us to leave the Philippines for good and all in 1946, retaining only the right to a naval base, if we choose to take it. But will we leave? Or will we backtrack and retain the responsibility, while giving the Filipinos sufficient independence to get themselves and us into grave international difficulties?

That is a nightmare problem for our Navy. It can be stated in these words: our Navy brains fear that someday they may be forced by public clamor to carry a naval war to Japanese waters. Nonsense, you say — America would never demand such a war. But wait! Suppose Manila was besieged, while our 5,000 soldiers were still there, and while our flag flew over the great fortress on Corregidor Island, at the mouth of Manila Bay. A rising sentiment for rescue and revenge would demand that our Navy and Army move out into a mission so dangerous and difficult as to be nothing short of fantastic. To successfully carry a naval war to Japanese waters, to dig out and destroy the Japanese Fleet, would take a Navy two or three times as large as the Navy we will have by 1944. 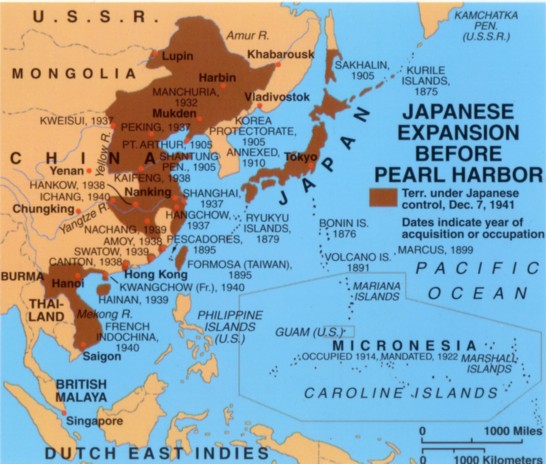 Yet the American public is convinced that we can easily defeat Japan. As a matter of fact, it might actually prove impossible — except after years of deadly and costly attrition that might finally starve Japan to terms. Japan need only keep her great fleet secure and intact within the guarded entrances to her Japan Sea, and all the navies in the world not break through and defeat her.

Resting quietly on the defensive, she could choose her time and place for a naval battle. All the advantages would be hers. She stands squarely athwart the flanks of our approaches to the Philippines and Asia. No ships, excepting only those concentrated in our grand battle force, would dare put their noses into this Western Pacific. Yet an excited American public opinion might demand that our Navy embark on the dangerous and futile task of digging out the Japanese fleet and destroying it.

Navy men cannot ignore even such extreme possibilities. They say frankly that they do not make our national policy, but only try to carry it out. Like all Americans, they would reluctantly give up our great dreams of trade domination in the Western Pacific, but they want us either really to get in the Philippines or actually get out of them. If we “get in” they will need a larger navy and a great naval base in the Philippines, adequately defended by a permanent American force of some real consequence. With a real base in these islands our Navy would have an outpost to go to if someday it were ordered to fight Japan.

But America’s main problem is here at home, in the Americas. We have a big job of defense on our hands, a job in which the Navy plays an important, though not an exclusive, role. And to plan wisely, we must face the facts. This is no time to kid ourselves. It is a time to determine clearly what we have and what we need. As to the Navy, we can say this much, confidently, on the credit side: Completion of the present construction program will give us an adequate naval defense for our American World — which means the entire Western Hemisphere. A two-ocean Navy is not essential. 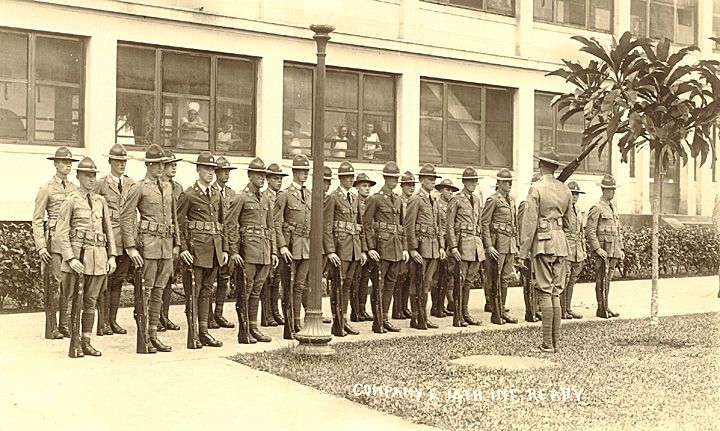 But here are the danger spots that we must watch continually: Even at full speed, our naval defenses will not be at peak efficiency until 1944. The building program must not be relaxed. Even in 1944 our naval forces will be adequate for hemisphere defense only and not for successful offensive warfare in foreign waters. And finally — even in our own hemisphere — an effective United States Navy depends first, last and everlastingly on the defense of the Panama Canal. And as a first step in safeguarding the canal, it is our right and duty to demand that the world stay out of this hemisphere.

We can be safe only as long as no enemy has air and naval bases in this American World. It is a national policy to which
no spirited American should object.” 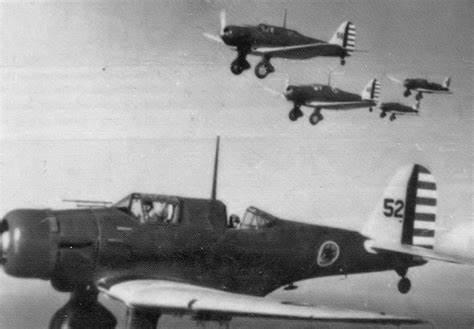 Events unfolded that summer that changed the course of the coming war. The first oil embargo and the solidification of the American commitment to the Philippines would indeed draw us closer to the war with Japan. But even with his vast experience, Frazier could not predict the devastating blow the Japanese fleet would inflict in December of 1941. By the time that day arrived, the die was already cast.