May is Military Appreciation Month. All month long, we are encouraged to let our brothers and sisters in arms how much they are appreciated. The month ends with a solemn remembrance of the ones who gave the ultimate sacrifice.

One group that has always had a little trouble recognizing has been the Silent Service. Its the nature of the job. Many times we left in total darkness and on so many cases we never knew for sure when we were coming home until shortly before the boats turned away from the mission. Families just learned patience or in some cases the strain was too much and they didn’t.

The missions still remain largely secret. You get brief glimpses every once in a while. But when they are done, the book is closed to the best of the Navy’s ability. An occasional ribbon or two will show up on the uniform of the sailors who went on them. But if they are good sailors, you will just have to guess what they are for.

I served during some of the best wand worst times the Navy and the military have had in recent memory. The end of the Vietnam Conflict. The Carter Years. The Reagan years. The end of the Cold War. The beginning of a phony peace. Submarines were there for all of that. I’m glad they were. I am glad they still are. The world may never know exactly what we did and that’s the way its supposed to be. But I am glad that at one point in my life, I got to ride into history with some really amazing shipmates. That’s pretty cool. 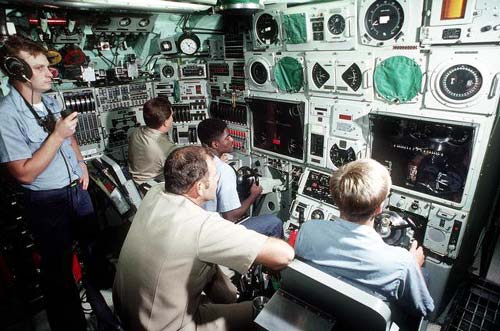 One thought on “I loved the ride”