Ben Franklin was always one of my favorite historical figures as I was growing up.

I learned about his exploits as a young man and of course he was a writer among many of his achievements. His ability to learn has always fascinated me and maybe made me a bit jealous. From the time he was a very young man until his death, he never stopped learning. Of all the men in the Forty One for Freedom submarine family, his contribution stands out as one of the most significant. He was there for all of the important events that led to the founding and later establishment of our Republic.

His contribution stands like a giant shadow across all of Philadelphia even to this day. One of the most famous tourist sites is his grave in a humble cemetery in the city. His statue in the hall of American heroes is so lifelike, you almost think you could have a conversation with him

There are so many famous quotes from Franklin, you could almost fill an entire book with them. But my favorite is the one where he is asked by a woman at the close of the Constitutional Convention. She asked ““Well, Doctor, what have we got—a Republic or a Monarchy?”

ATTRIBUTION: The response is attributed to BENJAMIN FRANKLIN—at the close of the Constitutional Convention of 1787, when queried as he left Independence Hall on the final day of deliberation—in the notes of Dr. James McHenry, one of Maryland’s delegates to the Convention.

I think of that quote often these days.

In the meantime, I present the fifth in the 41 for Freedom Series:

USS Benjamin Franklin (SSBN 640), the lead ship of her class of ballistic missile submarine, was the only submarine of the United States Navy to be named for Benjamin Franklin (1706–1790), the American journalist, publisher, author, philanthropist, abolitionist, public servant, scientist, librarian, diplomat, and inventor.

Armament: 16 – tubes for Polaris and Poseidon 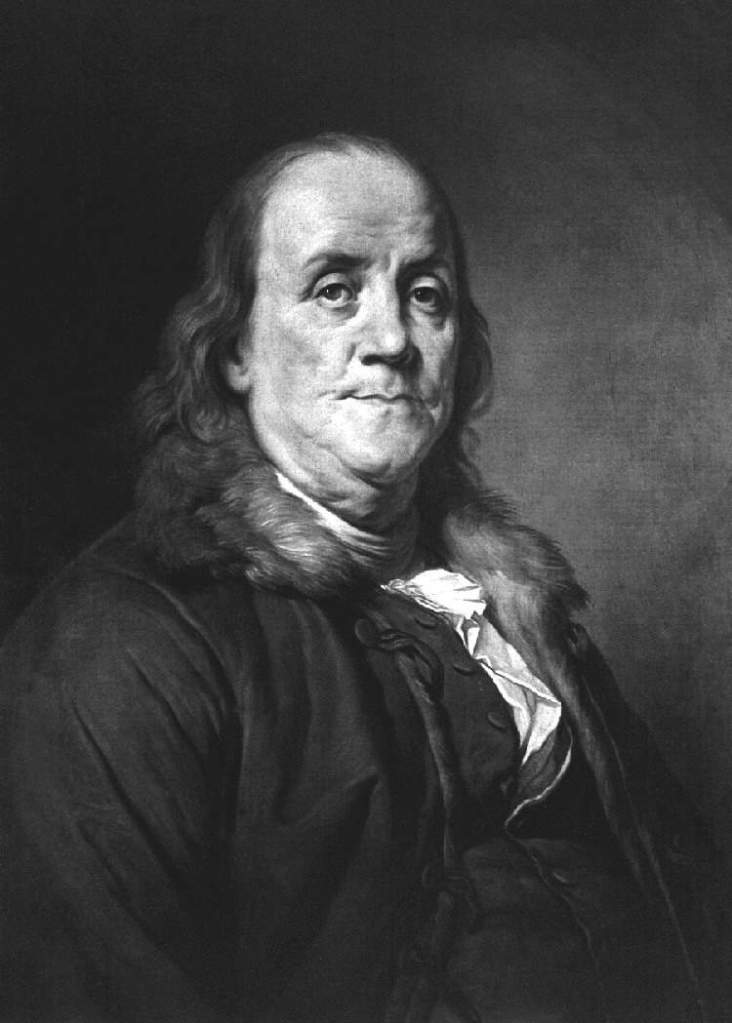 Benjamin Franklin (1706-90) was born in Boston but moved at an early age to Philadelphia where his countless talents and unlimited energies found expression in successful contributions as a statesman, diplomat, scientist, editor-author, and philosopher. During the Revolution he was appointed American Minister Plenipotentiary to the French Court enabling him to function also as the Navy’s representative in Europe. He promoted the plan to bring the war to British shores, supporting Lambert Wickes’ spectacular raids and enabling John Paul Jones to perform his daring feats by providing funds, attending to purchases and repairs, and determining questions of authority and discipline. His astute and visionary policies merit for him deserved recognition in the annals of the United States.

NAMED FOR Benjamin Franklin (1706—90), one of the most illustrious of our Founding Fathers. A plain man of the people, his life was the American success story writ large. In his auto-biography he speaks of his “lowly beginnings” and notes with quiet pride that he “emerged from the poverty and obscurity” of his birth to “a state of affluence and some degree of reputation in the world.” He did so purely on merit for he was, in every sense of the word, a self-made man, owing little if anything to luck or the assistance of others, never pushing ahead at the expense of a fellow man.

When he was 40, Franklin discovered electricity. It was then a sort of magic, a parlor trick. Franklin—ably supported by his Junto—threw himself into experimentations and developed a workable theory which he proved in his famous kite experiment. In the 6 years between 1746 and 1752 his contributions to electricity changed it from a curiosity to a science, and in the process made him world famous. His writings on electricity were compared with Newton’s Optics; he became the friend of most contemporary scientists, was made a member of virtually every scientiﬁc society and received honorary degrees from 20 universities. He was the ﬁrst American scientist to win universal acclaim; the ﬁrst American author to have his books translated and read as widely in Europe as in America. When he was sent to Paris, as America’s ﬁrst ambassador to a major power, the admiration of France for Franklin’s scientiﬁc achievement in catching lightning and putting it to man’s use contributed not a little to the success of his mission: winning the help of France to the Revolutionary cause.

His philosophy of life, the virtues he cultivated—competent workmanship, honesty, industry and frugality—are within everyone’s grasp; they are as important to a good and successful life today as in his time. No American child ought to grow to adulthood without having read the autobiography of this talented, wise and good man who personiﬁed all that is best in America. “Merely by being himself,” wrote Mark van Doren, “he digniﬁed and gloriﬁed his country.”

For more on the Benjamin Franklin, see the crew web site: http://www.ssbn640.com/

Both decommissioned and stricken from the Navy list on November 23, 1993, the BENJAMIN FRANKLIN subsequently entered the Navy’s Nuclear Powered Ship and Submarine Recycling Program in Bremerton, Washington. Recycling was finished on August 21, 1995.

As always, this is a tribute to the men who served on board this great ship. Your service will be remembered always.