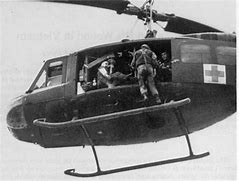 This story is dedicated to all of the heroes in our lives.

Heroes come in all shapes and sizes. In our American culture, we are taught from an early age about the heroes who protect us from all manner of bad things. Stories of policemen and firemen rescuing people at great risk to themselves still make us feel good about our fellow mankind. Medical personnel who do amazing things to save and preserve live are also high on our list of heroes. Men and women who served in ships and submarines living lives filled with unseen dangers that ordinary people couldn’t possibly fathom. Soldiers and marines and airmen exposed to things that defy our belief. In a world with so many negatives, I believe we all look for and appreciate the moments when one of us rises up and does the extraordinary. It gives us hope that mankind is not completely lost in self-absorption and individual focus.

The one thing about real heroes I have observed though, is how often you don’t know who they are.

The project from hell

A long time ago, I was working as a project manager for a company on a very difficult project. Two people who held that role before me had already been fired and the third was so anxious to leave he threatened to quit. I was sent in his place. Within a few short weeks, it was obvious that the contract had been badly bid and we were short staffed. The person who managed the group got “promoted” and my new boss offered me help. The help they sent was a white haired older gentleman who like me was a retired military officer who had once been retired. He was Army and I was Navy but we quickly learned each other’s strengths. Over the next year, we turned the project around and exceeded all of the goals that had been set.

The cavalry arrived just in time

Before Mike arrived, I had been told that he was very detail oriented and sometimes could be hard to work with. To be honest, his attention to detail is part of what helped us survive. I came to view him as a brother and friend and not just an employee. He didn’t talk much about his military background. I just knew that he had been an Army Medic in Vietnam and later was given a promotion to the officer corps where he worked in artillery. He briefly mentioned something about a long ago conflict where he had been wounded which is why he was so sensitive to heat and cold.

When the project ended, we stayed friends and have exchanged Christmas cards and emails through the years. Fast forward to October 2017. My wife and I were watching the news and the scene shifted to the White House room where they hold ceremonies. The camera focused on the President placing a familiar blue patterned ribbon with a medal around the neck of a white haired older man. I looked at my wife and said:

The white haired man wearing an Army dress uniform and those familiar wire rimmed glasses was Captain Gary Michael Rose. This quiet, very unassuming man had once saved the lives of so many men in a faraway battle that stayed hidden for many years. On this day, all of the years melted away and America got a chance to look at a real hero. This was the man who came to work every day and did common things in an uncommon way. But that would be Mike.

Rose retired from the U. S. Army in May 1987. He then worked as an instructional designer writing operator, user and maintenance manuals, as well as designing training for the manufacturing industry. He permanently retired in 2010. Rose has been married to his wife Margaret since 1971. They have three adult children and two grandchildren. In retirement, Rose has remained involved in charity activities primarily through the Knights of Columbus.

The President of the United States of America, authorized by Act of Congress, March 3, 1863, has awarded in the name of Congress the Medal of Honor to

For conspicuous gallantry and intrepidity at the risk of his life above and beyond the call of duty:

Sergeant Gary M. Rose distinguished himself by acts of gallantry and intrepidity while serving as a Special Forces Medic with a company-sized exploitation force, Special Operations Augmentation, Command and Control Central, 5th Special Forces Group (Airborne), 1st Special Forces, Republic of Vietnam. Between 11 and 14 September 1970, Sergeant Rose’s company was continuously engaged by a well-armed and numerically superior hostile force deep in enemy-controlled territory. Enemy B-40 rockets and mortar rounds rained down while the adversary sprayed the area with small arms and machine gun fire, wounding many and forcing everyone to seek cover. Sergeant Rose, braving the hail of bullets, sprinted fifty meters to a wounded soldier’s side. He then used his own body to protect the casualty from further injury while treating his wounds. After stabilizing the casualty, Sergeant Rose carried him through the bullet-ridden combat zone to protective cover. As the enemy accelerated the attack, Sergeant Rose continuously exposed himself to intense fire as he fearlessly moved from casualty to casualty, administering life-saving aid. A B-40 rocket impacted just meters from Sergeant Rose, knocking him from his feet and injuring his head, hand, and foot. Ignoring his wounds, Sergeant Rose struggled to his feet and continued to render aid to the other injured soldiers. During an attempted medevac, Sergeant Rose again exposed himself to enemy fire as he attempted to hoist wounded personnel up to the hovering helicopter, which was unable to land due to unsuitable terrain. The medevac mission was aborted due to intense enemy fire and the helicopter crashed a few miles away due to the enemy fire sustained during the attempted extraction. Over the next two days, Sergeant Rose continued to expose himself to enemy fire in order to treat the wounded, estimated to be half of the company’s personnel. On September 14, during the company’s eventual helicopter extraction, the enemy launched a full-scale offensive. Sergeant Rose, after loading wounded personnel on the first set of extraction helicopters, returned to the outer perimeter under enemy fire, carrying friendly casualties and moving wounded personnel to more secure positions until they could be evacuated. He then returned to the perimeter to help repel the enemy until the final extraction helicopter arrived. As the final helicopter was loaded, the enemy began to overrun the company’s position, and the helicopter’s Marine door gunner was shot in the neck. Sergeant Rose instantly administered critical medical treatment onboard the helicopter, saving the Marine’s life. The helicopter carrying Sergeant Rose crashed several hundred meters from the evacuation point, further injuring Sergeant Rose and the personnel on board. Despite his numerous wounds from the past three days, Sergeant Rose continued to pull and carry unconscious and wounded personnel out of the burning wreckage and continued to administer aid to the wounded until another extraction helicopter arrived. Sergeant Rose’s extraordinary heroism and selflessness above and beyond the call of duty were critical to saving numerous lives over that four day time period. His actions are in keeping with the highest traditions of military service and reflect great credit upon himself, the 1st Special Forces, and the United States Army.

Heroes come in all shapes and sizes.

The ones who did the most probably say the least. I have been honored to have lived and worked with some amazing people. I would be willing to bet many of you have too and maybe just don’t know it.

As you think about the world today, give thanks for the Mike Roses and all those who give so much. They truly have made a difference.

One thought on “Its always the quiet ones… the story of Captain Mike Rose, US Army retired”