When you get to a certain point in your life you start taking stock of what mattered. 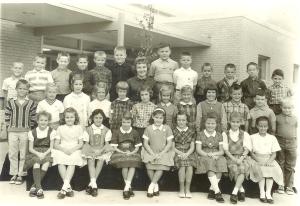 The first seventeen or eighteen years of most people’s lives are the foundations for much of who they become. If you grew up in Middle America, your understanding of relationships, education, and spirituality are all forged from those basic foundations. I will admit that I truly struggled with all three of these in those early years. By the time I was seventeen, I had shown remarkably little interest or aptitude in any of the categories.

Perhaps because I was so much like him, my relationship with my Dad was tortured if nothing else. As I got older he got less well informed and my defiance ended at least once in a physical altercation (which I lost). As a middle kid, I never really fit into any of my brothers or sisters circles so mostly went out on my own. I saw a great description of how service members see themselves and the Navy person was described as being the adventurous middle child that left home and nobody cared. (To be fair, my Mom cried when I left but she was also convinced I would end up in Vietnam and get killed). One of my favorite family pictures is of me in uniform after I came home from Boot Camp. I never really noticed it until a short while ago but the looks on my sibling’s faces were pretty telling. “Can we just get this over with and aren’t you supposed to be leaving soon?” I know that look pretty well since I just saw it again a short while ago.

The education part was a struggle too. Don’t get me wrong, I loved to read, its just that the teachers kept making me read the wrong books. Given a choice, I would have read every book about the Navy and warfare that had ever been written. But it was the late sixties and early seventies and frankly we were on the cutting edge of books about hating wars and the military and the ecology was just beginning its rise to worship status. So I did the minimum and guaranteed that I would receive rejection letters from every college that I applied for. The only group that seemed to be interested were people in uniforms and frankly by the time I was seventeen, I was ready to get away from endless classes and boring curriculum.

I will save the spirituality part for another time. Let’s just say that God probably got tired of trying to get through to me. I am eternally grateful for the redemption I am assured of now but at the time, well, I was seventeen and bulletproof. The whole matter of a higher power just seemed a bit unnecessary.

Mom, Dad and my girlfriend saw me off to the airport and the real learning lessons of my life began.

In Boot Camp, I learned that you could rely on another person and it wasn’t on a phony or contrived basis. You were all going through the same testing and in the end, if you failed the team, you paid a price. So you learned to pay attention to details, pull your share, and trust your shipmates. After fourteen weeks (the war was still on and I was in the band), we graduated and were sent to our next commands or school. I found out quickly there were real consequences to failing and not some far off threat of a career opportunity. The steam and hydraulics that powered many ships could actually kill you just as quick as a bullet. The gasses used to refrigerate or air condition were invisible demons that replaced the very air that you need to breath. And every modern vessel relies on electricity in some form or another and that little devil will light you up just like a light bulb on your way to being dead.

Submarine school just made the learning more relevant. It seemed like from the first day you got there, you were exposed to more and more things that were designed to do one thing but actually had a side effect of doing another; killing you and your fellow submariners if you did it wrong. Hard to believe that its been forty five years this month (2018)

During all this learning, you start to figure out that even as dangerous as all of these things are, if you follow the directions and become qualified, you will find yourself surrounded with a whole group of people who have also committed themselves to not getting killed. As you grow, you find out that most if not all of them also know that working together as a team will push you beyond what you ever thought you could do. You found the capacity to overcome amazing odds together.

Over time, they become your family.

The members of the family often change because of duty rotations, but that family grows and grows. For those of us lucky enough to make a career of the Navy (even a shortened one or one that had broken service) you discover that these family members are the ones that have the most meaning. Outside of those of you who have had a great marriage like me, these are the people who made a difference in your life.

There is that day when you see each other years later at some boat reunion and all of the memories come flooding back. And you all hoist a beer and say

You would do it all again with your brothers and for some of us a few sisters too. That is the often unstated part of the vow. The men and women you qualified with, suffered through long deployments with, struggled through untold hardships, and every once in a while blew off a little steam in a foreign port.

There is an old saying that you can’t go home again.

I believe there is some partial truth to that. The things that you saw and lived through for the first seventeen years of your life were all done in a place that probably didn’t move or grow very much while you were gone. They learned to live without you just like you learned to live without them. It’s the nature of things I suppose. In the past five years since we moved back to the area I grew up in, that has become abundantly clear. In fact, you often learn that some of those who never moved away actually resent you for thinking you could come back and have a role. They know nothing of your life just as you can’t possibly imagine why someone would miss a lifetime of adventures.

On days like those, I remember my brothers (and a few sisters of note).

I think about all the places we went and all the challenges we overcame. I think about the joy of seeing a brother advance in rank or get his dolphins. I know that they earned and did something that the average person can never understand. I am grateful for each and every one of my family that has stayed faithful and loyal over the past forty five plus years. You listened without judgement, you honored me when I deserved it and you tightened my chain on the times when I have been wrong. But you always did it in a way that showed me I could trust you. I hope when the final muster is taken, you can say the same about me.