Navy wife… the toughest job in the Navy

Mrs. Mac spent a few hours underway on the USS San Francisco SSN 711. One of my favorite memories is the dependents cruise from Maui back to Oahu back in the 80’s. I had just qualified as Chief of the Watch and was on watch when it was decided to do an EMBT blow for the families. This was in a more innocent time before the Ehime Maru and USS Greeneville collision.

Mrs. Mac learned all about boarding a submarine that had lost its anchor from a small motorboat in a gently swelling Maui channel. I think that actually scared her more than submerging. Once on board, she settled in to crews mess while I finished up my watch. Four hours later, I rotated back onto the BCP and Debbie got to sit next to me. The Captain came in to control and told the OOD that he wanted to do the blow. He saw Debbie sitting next to me and asked her if she wanted to help.

A million things flashed through my mind but not one of them had anything to do with her being left handed. That simple fact would come into play in a few moments. After we got to depth and speed, he ordered the actuation of the EMBT valves. My beautiful bride reached up with her predominant left hand and pushed the plunger which let loose the 4500 pound beast through the tiny line. The muffler behind the BCP screamed in response which created a momentary freeze in Mrs. Mac’s left hand… the one grasping the aft blow valves. Sensing that this was not going to end well, I pulled her inoperative right hand away from the forward valve and shut the aft.

I have told this story a number of times over the past 32 years and never get tired of embellishing it. Mrs. Mac just smiles patiently as I do retell it and I am sure is thinking that she will ultimately choose which nursing home I get shipped to when all that submarining catches up with me.

She went on to do a stint in the Damage control trainer at Bangor but that’s a story for another time. I hold her in the highest esteem for her service as a submariner’s wife and give her much of the credit for my advancement to Chief and later Chief Warrant Officer.

I know submarining was sometimes hard on me. I believe it was just as hard on her in more than one ways. 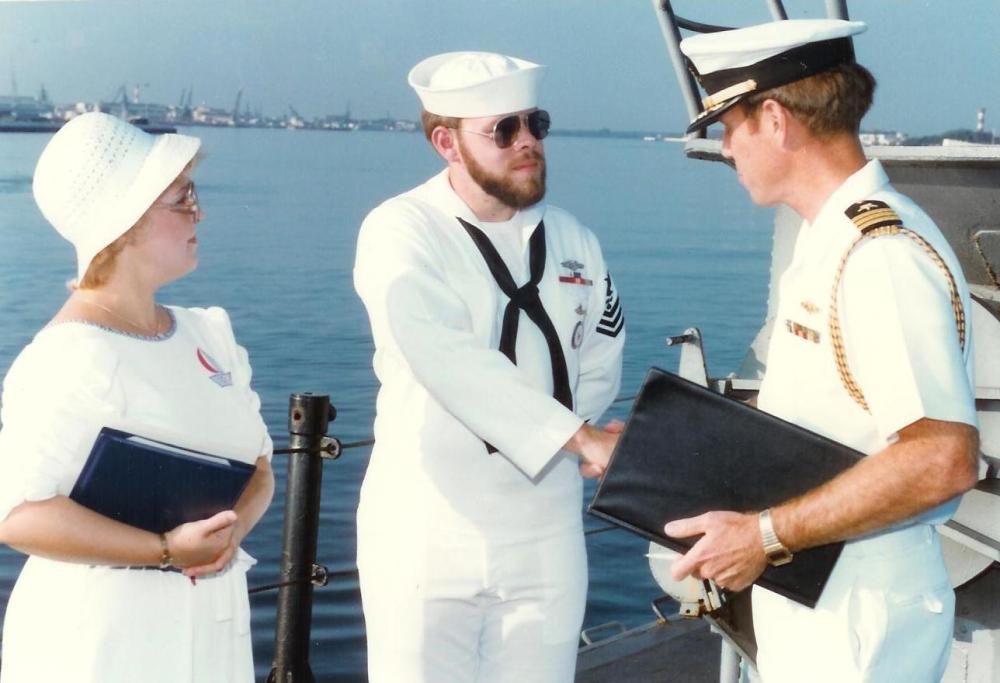 I saw this today and hope you take a few moments to read this re-blog. It speaks a lot about being a submariner’s wife.

4 thoughts on “The Submariner’s Wife”