“Three may keep a secret, if two of them are dead.” 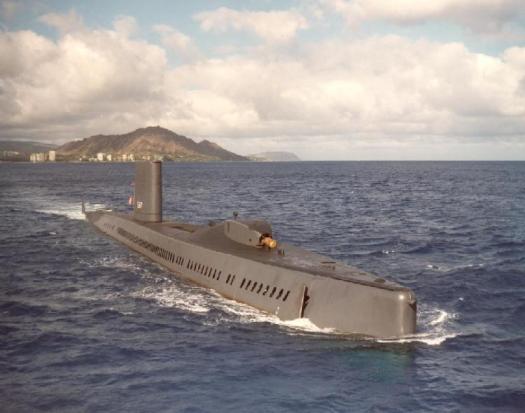 Submarines by their very nature are designed to operate in an atmosphere of stealth.

The fact that they operate beneath the ocean’s surface places them in a dangerous environment under the best of circumstances. From the very beginning of modern submarining, submarine design has been influenced by the need to take advantage of the technology of the day. A submarine on the surface for instance is very vulnerable to an attack from a warship with accurate weapons and aircraft that can pounce with little or no warning using missiles or torpedoes launched form a distance. If not careful, even another submarine can be used in ways that are devastating.

With so many countries around the world investing in submarine technology and the methodology to overcome another countries submarine force, the world is a dangerous place. Truthfully, it always has been for a submariner. Maybe that is why the US Navy has always been so careful about the selection and screening process for the men and women who operate them. As far back as 1970, this was obvious as evidenced by the authors of the Bluejacket’s Manual (19th edition).

”Submarine duty is different from anything else in the Navy; it requires a special temperament which not all men possess. Every man aboard a submarine is highly qualified. Sub crews refer to themselves as the “Silent Service” and to their submarine as a boat. Modern submarines are true submersibles; a nuclear powered boat can remain on station, submerged, for as long as 60 days. Nuclear boats operate at depths greater than 400 feet and speeds faster than 20 knots; how much deeper is classified.”

Most guys who have ever served on a boat who are honest with themselves will admit that those last five words part of why their world was different: On any given day, they all knew stuff they could not share with anyone besides their brothers. 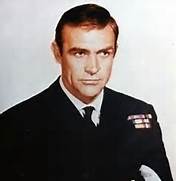 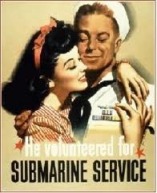 Keeping secrets is a big part of submarining. But it’s also kind of cool. The world is divided into two kinds of people in the eyes of a bubblehead: People who know stuff and people who don’t. I have to admit, I really played the part, especially when I came home to Western PA on leave. There are no major Navy bases here (other than some reserve centers) so the appearance of a bluejacket wearing dolphins and a patrol pin always seemed to evoke a lot of questions. How long do you guys stay down? What’s the food like? I could never do that, how do you handle the pressure? Can you see anything while you are submerged?

A submariner is like a good fisherman when it comes to those questions. You just patiently wait and offer enough bait until at some point someone asks the BIG question: How deep do you go and how fast? That sharp tug on the line the submariner has cast tells him it is time to reel tem in… as their prey comes closer and closer, he hauls out the line that says “I know stuff” better than any other line could:

Oh, I’ll give you the story about going to test depth, but you’ll have to stay on a dingy on the surface while I actually go there. I’ll even tell you about the speed straps in my rack that keep me from falling out when we make a high speed turn. But high speed will be something you can only imagine since I am limited to speeds in excess of twenty knots. (Fortunately most people you talk to have no idea what a knot is anyway so that adds to the mystery.)

Secrecy goes beyond operational capabilities however. Where we go and what we do remains under wraps for many reasons. We may want to go back there and of course, we don’t want a Welcoming Party when we get there. The best ocean to operate in is one that is uncluttered with ships, submarines and of course the peering eyes of a sky pilot.

Stealth has always been the combination of design, operation security and strategy. It is deeply dependent on the people who operate and support the boats. As more and more countries develop their own fleets, technology plays a key role. The best submarine in the world must also be able to use technology in its bag of tricks. Recent submarine lore has included the America’s use of a silent Swedish submarine for training. Stories I have read tell me that the boat was quite successful in testing our capability for stealth detection. I also remember that Soviet submarines made a significant upgrade in their capabilities by redesigning the way their screws were machined and processed.

In the end though, it is a testament to the capabilities of the men who served on board our submarines are the ultimate stealth. I know from history that not all have followed the code. 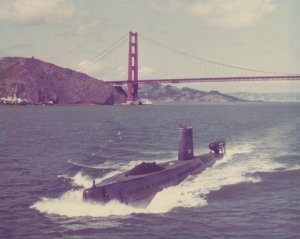 I am still shamed by a few high profile characters that sold their countries secrets for blood money.

Not the least of these was The Walker Spy Ring.

John Anthony Walker Jr. (born 28 July 1937 in Washington, DC) is a former United States Navy Chief Warrant Officer and communications specialist convicted of spying for the Soviet Union from 1968 to 1985. In late 1985, Walker reached a plea agreement with federal prosecutors, which required him to testify against his conspirator, former Senior Chief Petty Officer Jerry Whitworth, and provide full details of his espionage activities. In exchange, prosecutors agreed to a lesser sentence for Walker’s son, former Seaman Michael Walker, who was also involved in the spy ring. During his time as a Soviet spy, Walker helped the Soviets decipher more than one million encrypted naval messages, organizing a spy operation that The New York Times reported in 1987 “is sometimes described as the most damaging Soviet spy ring in history.” 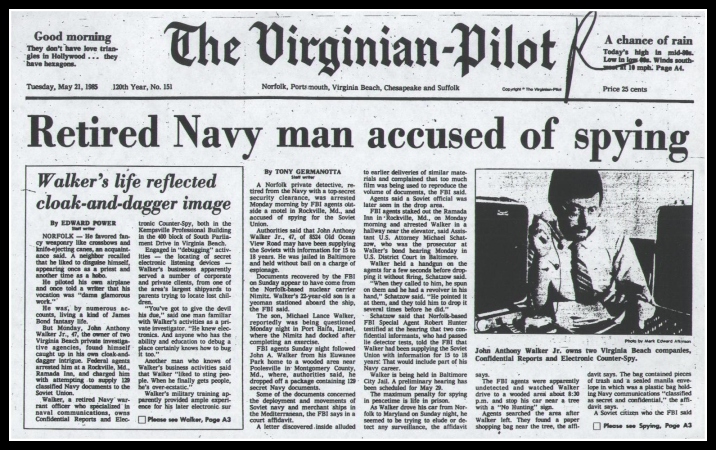 After Walker’s arrest, President Ronald Reagan’s Secretary of Defense, Caspar Weinberger, concluded that the Soviet Union made significant gains in naval warfare attributable to Walker’s spying. Weinberger stated that the information Walker gave Moscow allowed the Soviets “access to weapons and sensor data and naval tactics, terrorist threats, and surface, submarine, and airborne training, readiness and tactics.” John Lehman, Secretary of the Navy during the Reagan administration, stated in an interview that Walker’s activities enabled the Soviets to know where U.S. submarines were at all times. Lehman said the Walker espionage would have resulted in huge loss of American lives in the event of war.

In the June 2010 issue of Naval History Magazine, John Prados, a senior fellow with the National Security Archive in Washington, DC, pointed out that after Walker introduced himself to Soviet officials, North Korean forces seized the USS Pueblo (AGER-2) in order to make better use of Walker’s spying. Prados added that North Korea subsequently shared information gleaned from the spy ship with the Soviets, enabling them to build replicas and gain access to the US naval communications system, which continued until the system was completely revamped in the late-1980s.

As you can see from the boat emblems on the right side of the blog, all of my boats operated during the time Walker and his ring operated. That thought really never occurred to me until recently when I reviewed the devastation that his treachery caused this country. I think about my brothers (both real and submarine) who also could have been impacted by his traitorous actions. Then I wonder to myself, why he is still consuming air and food. Ah, well, I believe in the ultimate justice that we all face at some point.

I still keep the secrets I was taught and discovered during the short time I served. It’s still fun to play the “I can’t answer that question game”.

I have convinced myself that some young guy is out there tonight driving a boat through the deep ocean on his way to someplace to do something that would be glad to know that his secret is till safe with me.

In that same Bluejackets Manual from 1970, there is a description of submarine life that caught my eye:

“In nuclear submarines, which always operate submerged, there is no difference between night and day and – because they operate in still water – there is no rolling, pitching, or seasickness.”

(said no bubblehead ever)

7 thoughts on “shhhhh… Can you keep a secret?”