The day after Pearl Harbor was still a chaotic day for most in the Hawaiian Islands.

Rumors of an invading Japanese force were widespread and panic was probably just below the surface. The brilliant and gleaming fleet was awash in black residue and blood. Shipwrights and common sailors frantically were trying to rescue men that less than twenty four hours ago had represented one of the largest sea forces in this world. Now they were survivors and the fleet that brought such devastation was sailing nearly unmolested away. 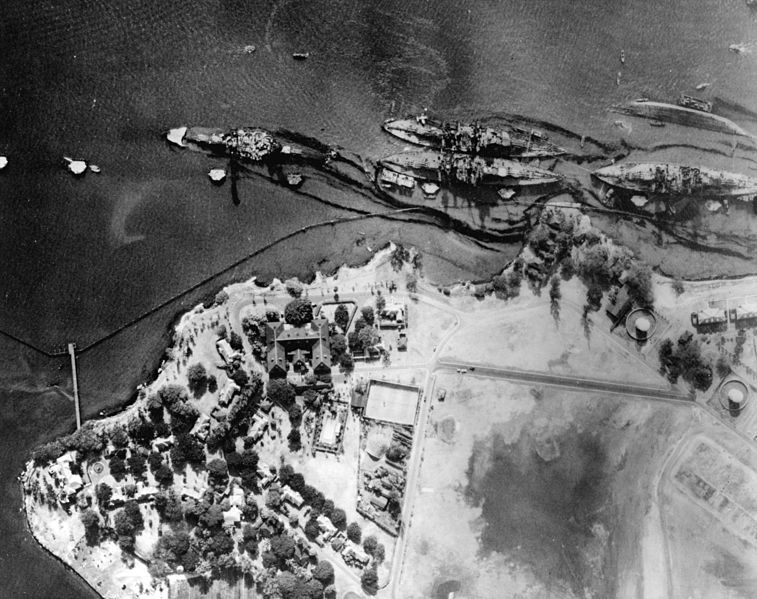 But on the day after Pearl Harbor, a timeless tradition happened at 0800 hours.

A bugle sounded attention to colors and as the sound floated over the water, weary men stopped for a moment and saw that the Flag was quickly raised to its full position snapping in the trade-winds of the island paradise.

I witnessed that flag raising ceremony many times in the three tours I spent in Hawaii in the 1970’s, 1980’s and 1990’s. Small boats stop, men come to attention and salute, even the children at the base schools freeze in honor of the ceremony. It is a renewal each day of the promise that is America. We have been battered and beaten by enemies throughout the life of this nation. But the heart of America is that we always rise from those ashes and make it right. I pray to the Almighty that it is always so.

God Bless America and remember always that there will be a December 8th even in the darkest hours.

2 thoughts on “The Day after Pearl Harbor”