A poem for the Potentate

He’s holding his breath cause he can’t have his way.

The palace is shuttered, the parks are all shut

His minions are meaner than Java the Hut.

The people are poorer than ever before

But the petulant Potentate wants even more.

The Potentate parties and passes the time

Playing golf games and poker, Only pausing to whine…

“The people stopped bowing each time they see me,

instead of their Kool-aid, they want to drink tea.

I’ll teach them a lesson, they’ll fall back in line

put the screws to the yokels, remind them their mine.”

But a small band of patriots stands up and shouts

You can’t have your way just because of a pout.

There are laws that exist even you must obey,

The time is soon coming where we’ll have our way. 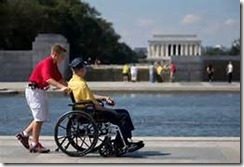 So what will become of this country we’ve lost?

Will we ever know freedom, and if so, what’s the cost.

They all stand before God, and there’ll be hell to pay

For the lying and cheating and games that they play

They’ll quickly find out that all power fades away.

Except the power of the one who will judge all in the very same way.

(Yes I know it isn’t in syncopation, but we’re almost at the end. Sorry Mrs. Stamps – Fifth Grade Teacher who tried to teach us proper poetry )

The end. (or is it the beginning?)

By the “Anonymous Poet”, somewhere in the underground of the former Republic of America 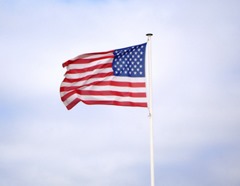