As a young boy, I listened to the stories of many people who were older than me. Some of them were meant to inform, some were meant to teach lessons, and of course in the early days, the hope was that if I listened hard enough I would get tired enough to fall off to sleep. This had a distinct unintended consequence in Church if Pastor Ken went too long in the sermon. The Church wasn’t air conditioned back then which made keeping my eyes open on a Sunday in August a real chore no matter how much I tried to stay awake. 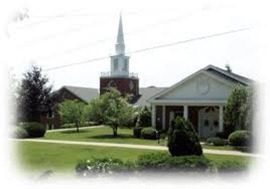 I also grew up in a time when children were also encouraged to listen more than to speak. This was before video cameras no less digital ones which seem to encourage parents today to let little Billy and Susie say the darnedest things. You Tube and Twitter are filled with millions of clips of children being clever and cute in ways that would have resulted in a severe spanking back in our time. Wait until these kids grow up and find out that some of those clips that went viral are still around.

Stories filled my school years too. Adventures like Columbus finding America, hearty pioneers settling the great vast empty lands, Honest Abe cutting down that Cherry tree (or was that Honest George living in a log cabin with no heat and windows). I thrilled to stories about the sinking of the Battleship Maine in Cuba that led to the great joyful liberation of all of the Spanish ruled countries. Thomas Edison’s miracle creation of the light bulb all by himself follows Ben Franklin’s discovery of electricity which apparently requires a kite with a key to transmit.

I learned methods and techniques from some of the greatest story tellers the world has never known. When you are submerged below the water for months at a time, the art of the story teller becomes finely honed. There are no greater adventures and dramas than the ones that emerge from a bubblehead’s brain on patrol or special operations. Whether you are driving the boat or operating its equipment, sooner or later, a story will emerge.

Exotic foreign ports, even more exotic people met along the way, and escapes from the jaws of danger fill the air as thick as the cigarette smoke once did. Four hour watches were plenty of time to spin yarns and weave tall tales that had a smattering of truth and a lavish amount of liberal interpretation. I listened for hundreds of hours and as I became more experienced, my own stories added to the mix. What amazed me is the change in those stories over the years. At first, the outlandish seemed impossible compared to reality. As the years passed and real adventures followed, what was once outlandish seemed tame compared to the actual events we lived.

The storyteller’s burden is to recognize that the people who hear those stories have an insatiable desire for the story to be true.

We like drama but only as long as it is resolved. We like mystery since it challenges our critical thinking skills, but at some point the mystery must be solved too. There is nothing more frustrating to the average story listener than to be fed a story that has no resolution. There is also nothing more maddening to an audience than to find out that the story which seemed to be so believable was based on fiction or outright lies.

“[Shahrazad] had perused the books, annals and legends of preceding Kings, and the stories, examples and instances of bygone men and things; indeed it was said that she had collected a thousand books of histories relating to antique races and departed rulers. She had perused the works of the poets and knew them by heart; she had studied philosophy and the sciences, arts and accomplishments; and she was pleasant and polite, wise and witty, well read and well bred.” (Sir Richard Burton).

The story goes that the King would spend one night with one of his female subjects and then have them killed the next day. This was due to some nasty stuff his previous wife had done to him. Scheherazade used her story telling ability to convince the King to spare her. She was able to keep her stories spinning for 1001 days and in the end, the King finally realized he could not live without her. On that final day, she told him that she had no further stories and he relented to admitting he could not live without her.

Can you imagine placing your life and destiny in the hands of a better story?

Now imagine doing it for 1001 days with a ruthless master that has a long history of final endings. You better have some really really great stories if you are going to keep that demanding and fickle master at bay. Whether fictional or true, there must be enough interest to keep the audience diverted and entertained. The hard reality is that all around the story teller and their audience, real life events keep tugging and pulling on people’s attention.

The country that I love has a soul and an identity 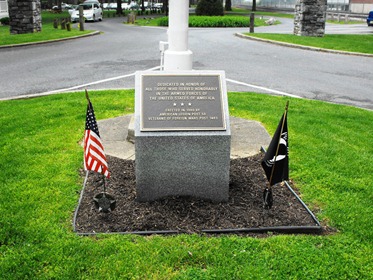 We cheer for the good guy at movies, we stand up for the flag, we honor our heroes. We have been incredibly tolerant over the years with people of many different ideas but we always seem to come back to an America which is still exceptional. For all of our faults and blemishes, we were brought together with a higher purpose. The stories of old were meant to reinforce that strength.

I rarely agree with anything the current President and Vice President have to say. Their “fundamental change program” is offensive to me and an anathema to a growing segment of people across all walks of life. But something Mr. Obama said yesterday really rings true to this old story teller:

After more than 1001 days and nights, he has truly run out of better stories.

Not only that but his previous stories told are not standing up to the light of day. No amount of spinning by him, his staff, or the Vice Fabricator can make truth out of the lies they have lived on. Truth is a powerful force to try and keep in a box.

There are still child-like minds out there that are willing to keep listening in the vain “hope” that something will “change”. Some  hope against hope for a happy ending even though stories do sometimes have tragic endings. This story is heading towards that unhappy place. The only way to save it is to deal with the speakers in the way submariners always did when they found out who was a fake: Hold them up to the ridicule they so richly deserve and remove them from the center of the story.

2 thoughts on “The Storyteller’s Burden”