What an evil way to start a blog. I will admit it that I am very distressed to do something with so much emotion attached to it. Frankly, it’s taken me a few hours to digest the thing that caused me to even consider writing this. But there are some times when you are compelled to do so and you have no choice. 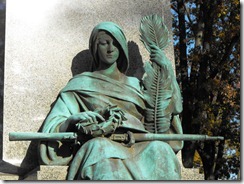 I live in Central Pennsylvania now and have enjoyed a quiet life style. On the one side of my community, the capitol sits with all its challenges. On the other is a community that struggles to define itself (Lancaster). The area has some conservative roots but it also has some emerging liberal roots. They both have their places in a cross section of America.

Today’s Lancaster PA newspaper had a “Letter to the Editor” which made me sit up and ponder the future of our country. I will not try to describe it. It’s probably better in the words of Ryan Killian of Elizabethtown PA.

In response to I. T. Martin’s response to drafting the elderly for wars, I think his heart is in the right place but he’s a little naïve.

I miss my grandparents more than anything, but older Americans are more than a little responsible for the mess we’re in today. When Isaiah’s old enough to get a job where he works hard for a little money, he’ll start asking questions that will lead him to the nature of taxes and debt.

For decades, these people shipped jobs overseas, waged war after war and recklessly spent Social Security plus $15 trillion, turning the world’s top manufacturer  and creditor into parasitic debtor dependent  on people abroad for practically everything.

And now they want to us to fight more of their wars and pay off their debts while supporting them in retirement.

Enough is enough. If they want another war so badly, they can pay for it, too.

Wow. I do not know how to answer his letter. I really need some help from my fellow veterans.

I have tried to find his address so I could talk to him directly. I have not had any luck so far. I am afraid of posting one that may be mistaken (like the one that was given for Zimmerman in the Martin Case.) Maybe he doesn’t actually live on Radio Tower Road in Elizabethtown Pennsylvania for instance but I don’t know. I am thinking about walking up and down that road tomorrow to find out for sure.

When I think of the friends I have lost, the men and women who gave so much to make sure he had the freedom to express his contempt for them, it makes me wonder what I should say to him if I ever run into him at the market.

I think often of the men who sat in the gliders on metal seats as they drifted into the area behind the beaches of Normandy in the dark and wonder what fear they must have had. I really have nightmares about my predecessors on boats who were silently waiting for the depth charges to blow. I cannot even imagine the fear of being in a foxhole as bullets race past my head. None of them started that war or any of the ones I can remember. They did a great job finishing it though. 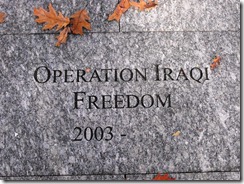 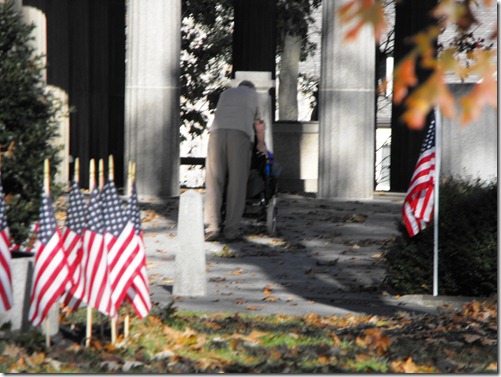 I see the men who survived in the store sometimes. The one older guy today who had a faded US Navy hat on that walked past me on his way in. His walk was slow. His pride was not diminished. I thank and bless them all. They served and sacrificed their all for not only our freedom, but for complete strangers.

Sorry we spent your inheritance kid. Sorry you will be inconvenienced to have to pay a few bills that foolish politicians spent to support those old geezers.

Seriously my friends. What do you think? Do you have any suggestions? What should I say to young Mr. Killian if I meet him?

Oh, I almost forgot. Thanks for your service shipmates and friends. Happy Two weeks before Memorial Day. To my Dad and his generation: I am sorry we didn’t do a better job educating these scum.

9 thoughts on “Thanks for your service … sucker”