I am proud to have been a Submariner. Sometimes I did my job with great skill and sometimes I found that others had greater offerings.  As a Submariner, I learned a few basic things about measurement early on.

I wore a Navy uniform that I was quite proud of. It was like my Father’s and Grandfathers in what it represented. Wearing it was an honor and a privilege. Even at that early part of my career I understood that not every man could wear it.

I was never in the Army. My great-grandfather was and I am proud of his role in the Grand Army of the Republic. His Spencer rolling block repeating rifle hangs over my doorway. But despite his sacrifices, I would never claim to be a combat infantry man. 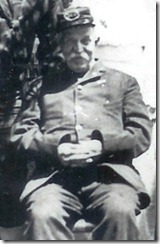 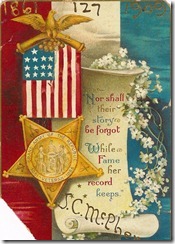 My Grandfather on my Mom’s side was in the Coast Guard during WW2. I am proud of his selfless role in defending the waterways near the mills that made the raw materials for the war effort. Not one single act of sabotage was recorded on his watch. I have his insignia and some of his memorabilia. But those don’t make me a Coast Guard man.

Even though I am very proud of wearing the uniform of my country from the early seventies until the mid nineties, I never fired a shot in anger. There was that one time when the bobcat tried to invade my grandfather’s garden, but I am pretty sure that doesn’t count.

For all those reasons and many more, I can understand the SEAL community’s anger at having their lives and identities threatened by someone who wishes to use their sacrifices as a way to glorify his own role and diminish others who weren’t even involved.

As a leader, I can assure you I have struggled with the idea of sending my people into dangerous situations. The Hunley was a floating fuel barge with a horrible record of engine room incidents that made it even more dangerous. I knew that every time we had a fire or drill that forced us to send men and women into the fray. But never in all of my experience would I take credit for something that other people accomplished with their ultimate sacrifice.

That would make me some kind of cheesy opportunistic politician who had actually never worn a uniform of any kind. I don’t think I could stand the stench of myself given those  comparisons.

Just a thought Barrack. Have you ever actually done anything that comes close to their honor? Hey, rest easy big guy.

With all of my service, neither did I .

But then, I never tried to take credit for something I didn’t actually do.

5 thoughts on “The measure of a man”