Like many baby boomers, I was born in the shadow of the Greatest Generation and the last good war. I am not sure how anything that caused so much destruction could remotely be considered a “good” war other than the fact that hundreds of millions of people were temporarily freed from one set of tyrants, only to be enslaved by another. 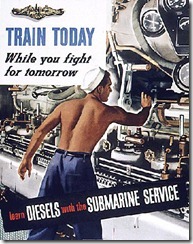 The truth is, I cannot think of a time in my life when some kind of war wasn’t the predominant force in our culture or current events.

As a toddler, I probably heard my parents talk about the end of the Korean conflict, the Suez incident, wars in the Congo, revolts in Europe and on and on.

Then as a grade school lad, Vietnam started its long torturous journey in the American psyche while here at home we had the War on Poverty, the War on Racial Injustice, and the war between the generations about music, clothes and hair.

High School brought the Vietnam war to a full head of steam which brought along the beginnings of the War on Drugs.

Apparently we won the War on Poverty since it was no longer talked about. There were rumors of Race Wars with the original Black Panthers, Anti-War Wars which wracked our city streets and our country’s college campuses. The military fought on two fronts during that war, one in the jungles of South East Asia, and one in the halls of academia against people who would later grow up to lead them in future wars.

The Cold War was my main theater of operations although I kept brushing up against all of the other wars. Wars against the disadvantages of being Disabled resulted in the Americans with Disabilities act. The War on people and companies hurting the environment gave us truces with names like the Clean Air and Water Act. Many of these wars resulted in entire new “armies”  popping up to fight them.

The government may claim they don’t like war, but in truth, war drives every government.

Without a war, you can’t seem to keep people’s focus. How else could you convince people to part so easily with their hard earned (or stolen) money and pay for the creation of a whole new agency with thousands and thousands of agents and administrators just to fight a pretend War on Drugs? 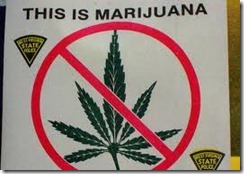 We have declared war on obesity, guns, energy, educational deficiencies that apparently were leaving children behind, culture, too much sugar, too much sugar substitute, cola wars, gas guzzling vehicles, the climate and on and on…

And who can forget the current war on religion , the Tea Party and Conservatives?

Sometimes it just makes a body tired of war.

Now a war that has been simmering since Ancient Greece is breaking out all over the country. According to the main stream media and its close allies in the democrat party, one of the oldest conflicts imaginable is flaring up again. Even as we prepare for another election to decide the direction of this last great bastion of war-making and fighting, here she comes again:

THE WAR ON WOMEN 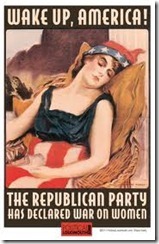 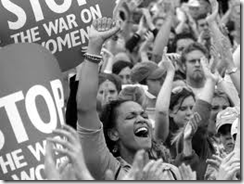 I can’t imagine a more destructive and personal war than this one.

Destructive since it involves greater than 51% of the nation and a similar of not greater number world wide. Personal since like most people I am related to at least one woman. Last time I checked that includes virtually every Republican and Conservative I can imagine. Although science is quickly racing to replace nature in its creation of life, its still the only game in town and still requires at some point that a woman be involved.

Why on earth would an entire group of men (and apparently only from one party) suddenly feel the urge to rise up and declare war on their Mom’s???

In some cases, I can understand a bit of hostility on some people’s parts if there was a bitter divorce occurring during the War on Marriage (another long running war which has been very expensive). But truthfully, I am pretty sure that bitterness in that case resides on both sides of the equation.

I’m just spit-balling here, but is there a slight chance that this war (like so many others we find ourselves in recently) is made up?

by the way: Google War on Women in your free time. You will come up with over 2 billion results in less than 5 seconds

Do you think it’s within the realm of possibility that the administration is creating a climate where a coveted segment of the population could be manipulated into believing that there is an actual “war” going on between two groups of people?

Just so you know, division among groups of people is also as old as the Greek civilization of old. The city states were constantly manipulated against each other in power grabs. Even within the individual states, academics were well know for manipulating the people to achieve their desires. In every single case, it was about maintaining their hold on power. As the saying goes, everything old is new again.

The bad news for us is that Greece and later Rome fell. They went from being the most powerful and advanced civilizations to being just another place to go antiquing. The main reason in my mind is the ceaseless desire for power. The wars they created brought them to ruin.

One of my favorite quotes about the futility of war actually comes from one of my least favorite persons:

You can no more win a war than you can win an earthquake.

Jeannette Rankin was one of the only Congresspersons who voted her convictions at the eve of both World War’s 1 and 2 She voted not to go to war. She was an anti-war activist and women’s rights pioneer throughout her entire life. You have to admire someone who actually does what they say no matter what the personal and political cost. It beats the hell out of most of the ones in DC today.

More and more we have been fighting protracted “wars” on so many fronts that we are becoming exhausted as a people.

I have a bold idea:

On behalf of men everywhere (particularly Conservative men) I would like to offer a truce. The terms of the offer are as follows: 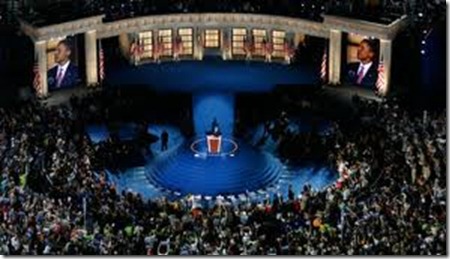 As today’s title clearly states, in War, truth is the first casualty. Its time for the current commander in chief to end all of his phony little wars. This country needs to be united not further divided. The stakes are too high. 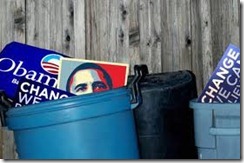 One thought on “In war, truth is the first casualty. AESCHYLUS”