As previously predicted, Congress and the Administration are making something they describe as “Hard Choices” in regards to containing spending. There is just one problem with those hard choices: the people who cause this mess are bearing the least of the cost. That’s right, the elected officials that pushed us into the sub-prime mess, the banks, the speculators, the insurance companies all got bailed out or blessed off. 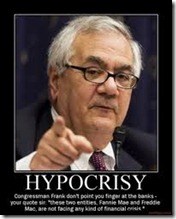 The administration hands out money to its friends in the “New Energy” companies to pay off old campaign debts only to watch it frittered away by people even more incompetent than they are. There is plenty of money for  electric cars nobody wants and we won’t utilize the available oil from our neighbor to satisfy a couple of whacko environmental groups.

The administrations family flies all over the globe in a recession eating lobster while our men and women in the field eat MREs. Congress has access to the finest medical care in the world. Last week when I was at Portsmouth Naval Hospital, I saw hundreds of people waiting in line just to get looked at. Then they had more lines to stand in. And don’t even get me started about how long the officials knew about Walter Reed.

The Hard choices they always talk about always seem to hit the men and women (and their families) who have sacrificed the most.

From the Military Officers Association of America:

White House to Retirees: Cough Up $13 Billion The White House released details of its personnel and healthcare budget proposals on Monday, and they confirmed pretty much what MOAA had predicted.

All told, the TRICARE fee proposals envision shifting about $13 billion in health costs from the Pentagon to retirees over the next 5 years.

The changes would phase in significant fee hikes for nearly every segment of the military population, including retirees of all ages, drilling Guard and Reserve members, and currently serving family members.

TRICARE Prime annual enrollment fees for retired families (currently $520) would rise as high as $820 starting October 1, 2012, and rise to as much as $2,048 within five years, with fees based on military retired pay amount.

Retirees and family members age 65 and older would start paying an annual TRICARE For Life (TFL) enrollment fee of up to $135 per person starting this Oct. 1. This fee also would be graduated based on retired pay amount, and would rise to as much as $475 per year within 5 years.

Pharmacy copays for retail and mail-order brand-name medications would more than double (from $12 to $26) starting Oct 1. Copays for non-formulary medications that currently cost $25 would also more than double, to $51, and availability would be mostly restricted to the mail-order venue, with only limited retail access. The brand-name and non-formulary copays would rise to $34 and $66, respectively, within 5 years.

Under the proposal, medical (chapter 61) retirees and survivors of members who died on active duty would be exempt from these increases. When MOAA asked about other survivors, we were told they would be subject to the new fee scales. The question remains unanswered whether they would all be in the lowest tier, or whether Survivor Benefit Plan annuities might be counted in the same way as retired pay.

Also as expected, the Administration proposes a special commission responsible for recommending changes in the military retirement system for future entrants. The budget envisions that, once submitted to Congress, the proposals would have to be given a "yes or no" vote, as is done with BRAC legislation, with little debate and no opportunity for amendments.

MOAA understands that there will always be new reviews of retirement and other compensation programs, but objects strongly to subverting the normal congressional vetting process for the military retirement system that is so essential to long-term retention and readiness.

Finally, the Administration put additional details on its military pay raise proposal. It envisions no change for FY2013, when the law calls for a 1.7% pay raise to keep pace with private sector pay growth. The budget also calls for a comparability-based raise for FY2014.

But after that, it envisions abandoning the comparability standard, limiting military raises to 0.5% for FY15, 1% for FY16 and 1.5% for FY17.

We also understand that the DoD budget must play a role in solving our nation’s debt crisis. But what we take issue with is the Pentagon’s first reaction, especially in the healthcare arena, to pass the buck to beneficiaries rather than fulfilling their own responsibilities for efficient management of military healthcare.

We have a tough fight ahead of us, but our battle now is for the hearts and minds of Congress.

I suppose I suspected that there would have to be some cuts. Lobster is pretty expensive these days. But I never expected to see the politically correct benchwarmers in the Pentagon cave so easily to the congress and administration that has found so many other wasteful ways to spend our money.

Throw them all out. As a friend of mine said, forget about saying “Thank you for your service” next time you see me.

Your actions speak louder than words.