This country has had 40 Presidents since it’s beginning.

The remarkable thing is that all of them have been changed peacefully in spite of conflicts both within and without. Do you have a favorite? Many progressives would cite Teddy Roosevelt or Bill Clinton. Solid true red conservatives are honor bound to say that Reagan was the only effective President that ever lived. While I have tremendous admiration for him, he was human and had his flaws as well. But on most lists of favorite Presidents of all time, Abraham Lincoln probably averages higher than anyone else. 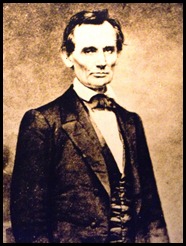 In survey after survey, Lincoln almost always rises to the top.

His unparalleled leadership during the War between the States led to a period of reconciliation for both the North and South and settled the issue of slavery once and for all. But if that survey had been conducted in 1861, a far different result would have been recorded. The country was spiraling towards a full blown civil war even as Lincoln’s election was being certified. The event that kicked it into high gear was on a little island off of Charleston South Carolina called Fort Sumter. 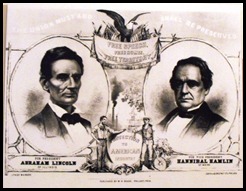 When you first arrive at the Fort on the official charter boat, you are a but surprised at the actual size of it. Keep in mind that what you do see is a somewhat abbreviated version since it had been under siege by both forces at one point or another during the war. But even the island itself does not seem to rise to the stature that many people have of it in their minds. The five sided fort was designed for one thing and one thing only: to defend the port of Charleston. 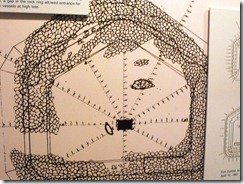 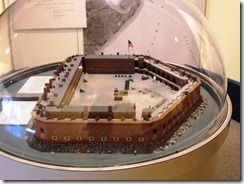 Lincoln knew from the start that this was a flashpoint of the fledgling rebellion. Federal property had already been seized up and down the coast and the fort stood as an important gain for the Confederates. It has been unfinished before Major Anderson moved his entire garrison there. 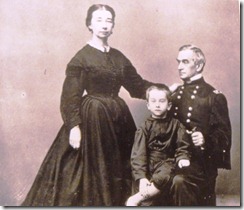 He felt that defending the fort would give him the best chance of survival until reinforcements and supplies could be sent. The move infuriated the people of Charleston and actually served as a rallying cry for the men of South Carolina. It wasn’t long before cannon and men were gathered to lay siege to the fort.

Lincoln was in a real predicament. If he didn’t supply the fort, he would be seen as weak. If he did, he was assured that it would serve as a rallying cry for not just South Carolina but for the rest of the slave states. His worse fears came through and from that spark, a fire that burned across the entire continent at one point or another emerged.

As battle after battle failed to claim the quick victory the people on both sides had been promised, the hell of war settled into every village and town both north and south. The mechanization of death was established on this continent for the first time and the war itself became like the man holding a poisonous snake in his hands. If he hold onto it, he may be struck dead. If he lets it go, he may be struck dead. In either case, he will surely have higher odds at being dead than alive at some point.

Even Lincoln’s famed oratorical skills were challenged to meet the depth of sorrow of places like Gettysburg where the tide of the war finally turned. As you survey the place called the High Water Mark at the Bloody Angle, you can almost sense the dying cause of the south as it sent its best and bravest men crashing through the wheat field towards a certain death. 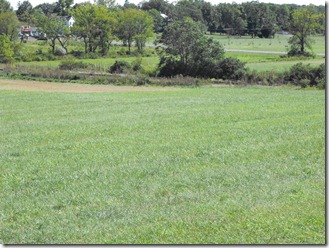 It would be Lincoln’s vision for a reconstruction period that really made his mark upon the landscape of history. After seeing hundreds of thousands of his men killed and wounded in ferocious battles against the rebellious south, it would have been natural for him to have proposed a plan that would leave the south bereft of any opportunity to approach sedition again. The south was so broken by the spring of 1865 that an occupying force could have maintained an iron-tight stranglehold on them for generations to come.

Lincoln knew though that the only real answer was for a reunited country to heal. In his inaugural address after winning the 1864 election he spoke at his best when he said “With Malice towards none, and Charity towards all”. He knew that for a full recovery, only complete redemption could be acceptable.

Can you imagine how that would feel to the mother who lost three sons in battle? Can you even fathom the hatred of the southern soldier who returned to find his small plot of land and house burned to the ground by Sherman’s men? After four years of fighting, could the nation ever heal again? 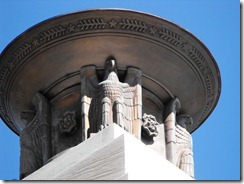 Sadly, Lincoln never lived to see his dream fulfilled. An assassins bullet cut short the life of what we now recognize on the whole as the greatest President to ever live. It is hubris for anyone who has followed to even imagine themselves in the same league. The amount of vanity a person would have to possess to do so would cloud out any common sense or thoughtfulness of that individual. 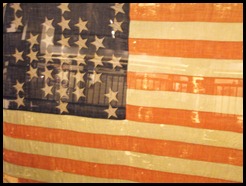 Lincoln believed in the bedrock principles of the founders.

His goal was to preserve the Union no matter what the cost. As we slip slide away from the unity that was paid for at such a high price, I would suggest that leadership of uncommon kind will be needed very soon. Just as Lincoln suffered from the bumbling of Buchanan, the next President will have to deal with the animosity and acrimonious atmosphere which currently exists. Is it any wonder that poor old Buchanan (who everyone thought would satisfy everyone’s wishes)  is perennially listed in the lowest of the low in Presidential rankings?

I suppose there will be room for one more down at the bottom of that list in the very near future.

That would be the only time he would get support from me.