I have lived my life with a firm conviction that being a free man is more important than any other thing.

I gave up part of my freedom to protect it (US Navy) and I give up a part of my freedom each time I pay my taxes to support the structures that try and maintain those freedoms. I would willingly do it all again and am willing to give the ultimate if called upon to preserve it. Its easier to say that since I am closer to the end of my allotted years. I have looked at freedom from every angle and even at its worst, it is still the most desirable thing. But the word seems to have lost its meaning. To some people, freedom is a right that requires nothing on their part to acquire or maintain. 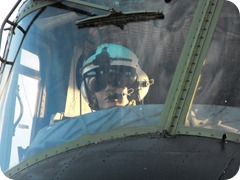 Freedom… such an innocent word.

Unencumbered, without bonds, without chains (whether physical, spiritual, or mental). It’s a concept that men and women have willingly given everything for over the years rather than live in perpetual slavery. Or have they?

Assuming the four hundred years is correct, that would mean that many generations of people had been born and had died within the bounds of slavery. The biblical account and some historical accounts do recognize the hardships the Hebrews went through at various times during their slavery. They were forced to help build some of the structures that would be a part of the Egyptian landscape. In exchange for this, we would have to assume there was a method for feeding and housing such a large number of people. Even the cruelest master realizes that people must have food and energy in order to provide labor. Human relationships will grow and develop even in the most horrible of circumstances and the physical desires and emotional longings of a people cannot be held in check forever. Besides, allowing the slaves to hold on to the hope of freedom someday kept them from merely sitting down and waiting to die.

Over the generations though, freedom becomes more and more of an oblique term.

The basic needs, however meager, are the new reality and as long as those needs are met, it can be easy to adapt to the circumstances. Government becomes the provider and people become more and more conditioned to accept the “gifts” as providential and acceptable. The food may not be good but it is filling. The storms may come and go but the sustenance provided seems to remain and continue.

Then one day, a new wave of “hope” is ignited when a man shows up and says they will be free men again

They will be led to a “Promised Land”, the land that they had been told in story and song all of their years in captivity. The very words created a spirit of excitement that stirs men’s souls. Freedom. After four hundred years of oppression and slavery, they would be free.

The day finally comes and the people find themselves on the other side of the Red Sea. Their enemies and former masters have been vanquished and they find themselves standing on dry land surrounded by all of their people and possessions. Shouts of joy and hallelujah rise up over the assembled masses and reach a loud roar. Freedom has been gained.

Except… something is not quite right.

Once the euphoria of freedom starts to run its course, the stomachs start to growl. The tongues dry in the desert air and water becomes a real need, not just a desire. Parched throats have trouble crying out shouts of joy. The air is just as dry and the smell of so many animals is just as overpowering in the noon day sun. There are no shelters, even the modest huts that were provided for those many years by their masters. Within a short period of time, people revert to survival mode.

“Why have you brought us to this place only to die? At least in Egypt we had food and water and a place to lay our heads… what is to become of us now?”

We live in a land of freedom which has been bought and paid for with the blood and sacrifices of many generations. We chose freedom over comfort. Our ancestors came on unsteady boats across vast oceans to a wilderness in order to carve out a place where men could breathe freedom and worship the way they felt they should. In this new land, new ways of governing were born and new ways of trading with each other were developed. A man could become as well to do as his hard work afforded him the ability to do.

Not all had freedom but eventually, hope came for those without that precious commodity. Wars were fought, riots came and went and gradually the blessing of freedom became the reality for many.

Only to be replaced by a new type of slavery.

The further we get from those days where we built and sacrificed, the more compassionate we become. Compassion leads to another in-born emotion on most people’s parts: the need to help those who seem to need help. We wrap ourselves with the final emotion that becomes an almost self-fulfilling prophesy: Guilt. If we are not compassionate and are not helping people, we feel guilty. If we don’t feel guilty, there are others around us that will remind us of our need to feel guilty.

They want to have the control and power to make determinations. They want to right old wrongs, fix what is thought to be broken and change the things that have kept them from feeling free. Fair enough. Perhaps there are better ways to live than accumulating 17 trillion dollars in debt. There may be ways to shake the money tree and empty the bank accounts of those who have accumulated so much more. If you have enough votes in this land of democracy, you can finally break free of all the things that have held you back.

You find yourself on the other side. Government, that government that protected the rights of those who had the money and possessions is gone. So are the support checks, so are the medical programs, so are the houses that others paid for, so are the schools that were propped up, so are the pensions of those who expected them for life. You are free. You can unionize to your heart’s content. The bitter truth is that there is no one left to organize against. The people who came to “Occupy” now have nothing left to occupy since they have it all. All except the money they need to support themselves.

Break up the farms and you will find the lessons of Zimbabwe.

Break up the banks and you will find the lessons of Greece.

Break up the government and big businesses and you will learn the lessons of the failed socialist experiment that was the Soviet Union.

You don’t need to go that far to see the results of unfettered freedom that is not supported by other’s sacrifices: look around your own community, state and region.

What will you do when you find yourself on the other side?

What will you do with all that freedom?