Systems thinking is an important part of Peter Senge’s Fifth Discipline. In an organization, it mostly means having the ability to see the whole while balancing the importance of the parts. For me, this has always been a touchstone of lean thinking. Every part has its own role and in any system, their interactions make the difference in how well the system functions.

The crew on a submarine are all part of a “system”. On a well functioning boat (like the USS San Francisco SSN711) there is a lot of pride in being a member. There is no word that means more to me than “shipmate”. It means we have a common bond forged in the deepest parts of the ocean, through the roughest storms, and in some of the most challenging circumstances you will ever face in your life.

Yet even on a close functioning system like a submarine crew, there can be divisions. Ask any submariner (at least on the Nuke boats) and you will hear about the Nucs and nose-coners. A Gangers and torpedo men may be combined now, but back in the day there was quite a rivalry. Electronics Technicians and Radiomen may have shared the same technologies, but don’t confuse them. And for heavens sake, don’t confuse either for a Sonar man or IC man. Even the officers had their little splits between the forward and after folks.

So which one is the most important part? Well obviously, you can’t have a well functioning submarine without all of the men operating in harmony when the pressure mounts. A torpedo is quite useless if there is no electricity to power the fire control panels. A reactor is quite useless if the sonar doesn’t tell you of an upcoming undersea obstacle. No one functions at all very well when the sanitary system is secured due to an unforeseen breakdown. How long do you think you can hold your bodily function when the head is closed for repairs? Especially after slider night!!! 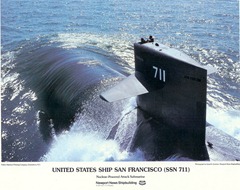 The same can be said for a lean system

Most major lean programs recognize at least four or five principles related to lean. These all stem from the original house model that Toyota built. Teams, Standardization, Just in Time, Built in Quality and of course Continuous Improvement are recognized as some of the ways to describe those principles.

My work experience in the past fifteen years has been with many of the largest companies in transportation and what I have observed is that all of them use the same basic principles. Looking at the “House” I see the linkage to the underwater world I once belonged to.

But the same question comes up over and over in dealing with people just beginning their lean journeys. What is the most important part?

The answer is, its all interconnected and interdependent. You need to have a good understanding not only of the system but of systems thinking. I highly recommend that you get a copy of “The Fifth Discipline Field book” . It should be just as high on your reading list as any text on Lean. I wish I had read the book at the beginning of my professional life almost 40 years ago. I may not have made some of the mistakes I made along the way. Or not… the fun part about living is being able to last long enough to realize the folly of some of your mistakes along the way. And you will make mistakes.

I should make one last mention of linkages. As proud as I am to have been a member of the greatest submarine ever built, I am just as indebted to all of the men and women who I served with on the other four submarines and two surface ships.

You all helped me along the way and I am indebted to anyone who has ever worn the Navy Blue for being a part of a greater system;

The Armed Forces of the United States of America!

YOU are the most important part!