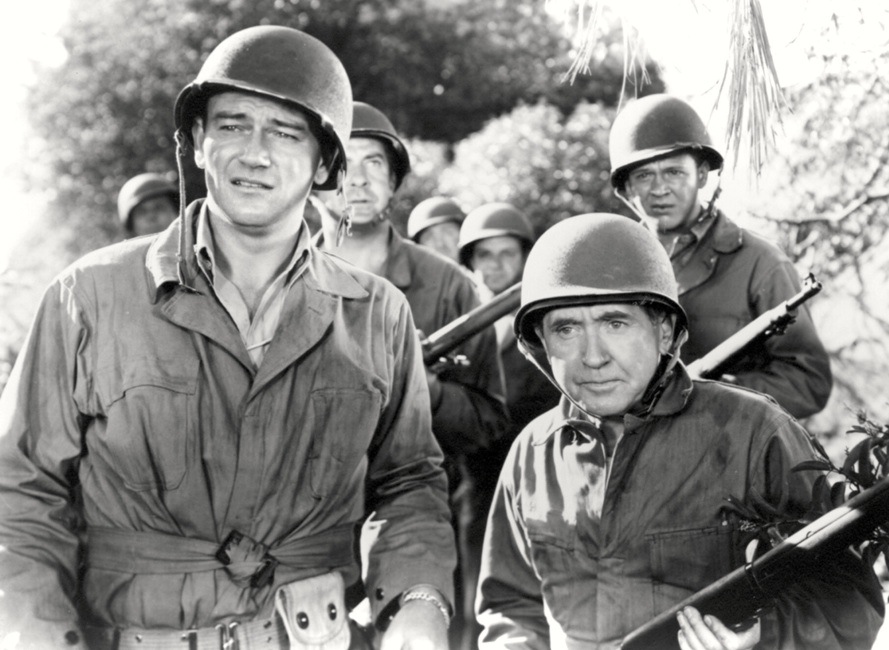 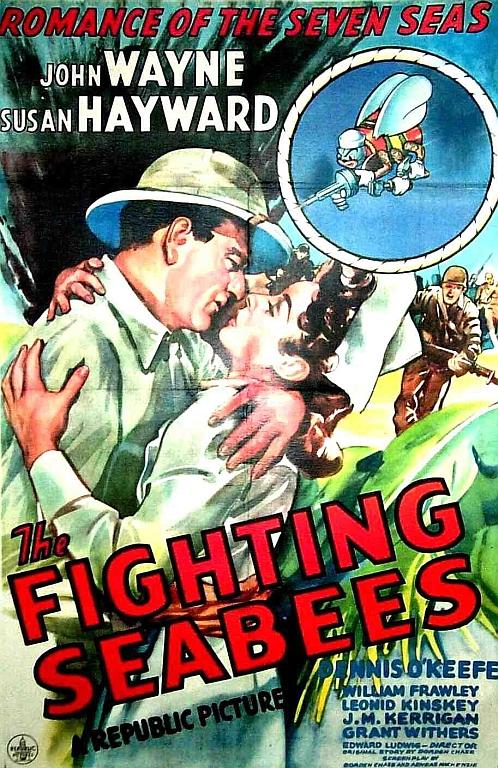 One of my favorites has always been the Fighting Seabees. March 5 is recognized as the official birthday of the Seabees and I salute all of the men and women who have served in this vital part of the US Armed Forces.

From World War 2 to present, these combat engineers have provided the infrastructure for every manner of crisis and contingency. One of my personal favorite stories is how they built the “base” at Holy Loch Scotland 60 years ago. Without their ingenuity, the men of the submarine force would not have had the facilities and dry dock that served the country so well during the darkest days of the Cold War. The base established a strong friendship between our two countries that lasts even to today.

The following information comes from the Naval Heritage and History Command:

Seabee History: Formation of the Seabees and World War II

After the 7 December 1941 Japanese attack on Pearl Harbor and the United States entry into the war, the use of civilian labor in war zones became impractical. Under international law civilians were not permitted to resist enemy military attack. Resistance meant summary execution as guerrillas.

An urgent problem confronting the Bureau of Yards and Docks was who should command the construction battalions. By Navy regulations, military command of naval personnel was limited to line officers. Yet it was deemed essential that the newly established construction battalions should be commanded by officers of the Civil Engineer Corps who were trained in the skills required for the performance of construction work. The bureau proposed that the necessary command authority should be bestowed on its Civil Engineer Corps officers. However, the Bureau of Naval Personnel (successor to the Bureau of Navigation) strongly objected to this proposal.

Despite this opposition, Admiral Moreell personally presented the question to the Secretary of the Navy. On 19 March 1942, after due deliberation, the Secretary gave authority for officers of the Civil Engineer Corps to exercise military authority over all officers and enlisted men assigned to construction units. The Secretary’s decision, which was incorporated in Navy regulations, removed a major roadblock in the conduct of Seabee operations. Of equal importance, it constituted a very significant morale booster for Civil Engineer Corps officers because it provided a lawful command authority status that tied them intimately into combat operations, the primary reason for the existence of any military force. From all points of view, Admiral Moreell’s success in achieving this end contributed ultimately to the great success and fame of the Seabees.

With authorization to establish construction battalions at hand and the question of who was to command the Seabees settled, the Bureau of Yards and Docks was confronted with the problem of recruiting, enlisting, and training Seabees, and then organizing the battalions and logistically supporting them in their operations. Plans for accomplishing these tasks were not available. Workable Plans were quickly developed, however, and because of the exigencies of the war much improvising was done.

The first Seabees were not raw recruits when they voluntarily enlisted. Emphasis in recruiting them was placed on experience and skill, so all they had to do was adapt their civilian construction skills to military needs. To obtain men with the necessary qualifications, physical standards were less rigid than in other branches of the armed forces. The age range for enlistment was 18-50, but after the formation of the initial battalions, it was discovered that several men past 60 had managed to join up, clearly an early manifestation of Seabee ingenuity. During the early days of the war, the average age of Seabees was 37. After December 1942 voluntary enlistments were halted by orders of President Franklin D. Roosevelt, and men for the construction battalions had to be obtained through the Selective Service System. Henceforward, Seabees were on average much younger and came into the service with only rudimentary skills.

The first recruits were the men who had helped to build Boulder Dam, the national highways, and New York’s skyscrapers; who had worked in the mines and quarries and dug the subway tunnels; who had worked in shipyards and built docks and wharfs and even ocean liners and aircraft carriers. By the end of the war, 325,000 such men had enlisted in the Seabees. They knew more than 60 skilled trades, not to mention the unofficial ones of souvenir making and “moonlight procurement.” Nearly 11,400 officers joined the Civil Engineer Corps during the war, and 7,960 of them served with the Seabees.

At Naval Construction Training Centers and Advanced Base Depots established on the Atlantic and Pacific coasts, Seabees were taught military discipline and the use of light arms. Although technically support troops, Seabees at work, particularly during the early days of base development in the Pacific, frequently found themselves in conflict with the enemy.

After completing three weeks of boot training at Camp Allen, and later at its successor, Camp Peary, both in Virginia, the Seabees were formed into construction battalions or other types of construction units. Some of the very first battalions were sent overseas immediately upon completion of boot training because of the urgent need for naval construction. The usual procedure, however, was to ship the newly- formed battalion to an Advanced Base Depot at either Davisville, Rhode Island, or Port Hueneme, California. There the battalions, and later other units, underwent staging and outfitting. The Seabees received about six weeks of advanced military and technical training, underwent considerable unit training, and then were shipped to an overseas assignment. About 175,000 Seabees were staged directly through Port Hueneme during the war.

As the war proceeded, battle-weary construction battalions and other units in the Pacific were returned to the United States to the Construction Battalion Recuperation and Replacement Center at Camp Parks, Shoemaker, California. At Camp Parks, battalions were reformed and reorganized, or as was the case in several instances, the battalions were simply disestablished and the men assigned to other battalions. Seabees were given 30-day leaves and also plenty of time for rest and recuperation. Eligible men were frequently discharged at Camp Parks. On a much smaller scale, the Advance Base Receiving Barracks at Davisville, Rhode Island, performed similar functions for Atlantic battalions.

The construction battalion, the fundamental unit of the Seabee organization, comprised four companies that included the necessary construction skills for doing any job, plus a headquarters company consisting of medical and dental professionals and technicians, administrative personnel, storekeepers, cooks, and similar specialists. The complement of a standard battalion originally was set at 32 officers and 1,073 men, but from time to time the complement varied in number.

Although the Seabees began with the formation of regular construction battalions only, the Bureau of Yards and Docks soon realized the need for special-purpose units. While the battalion itself was versatile enough to handle almost any project, it would have been a wasteful use of men to assign a full battalion to a project that could be done equally well by a smaller group of specialists.

The first departure from the standard battalion was the special construction battalion, or as it was commonly known, the Seabee Special. These special battalions were composed of stevedores and longshoremen who were badly needed to break a bottleneck in the unloading of ships in combat zones. Their officers, drawn largely from the Merchant Marine and personnel of stevedoring companies, were commissioned in the Civil Engineer Corps. The enlisted men were trained practically from scratch, and the efficiency of their training was demonstrated by the fact that cargo handling in combat zones compared favorably to that in the most efficient ports in the United States.

Still another specialized Seabee unit was the construction battalion detachment, ranging in size from 6 to 600 men, depending on the specialized nature of its function. These detachments did everything from operating tire-repair shops to dredges. A principal use for them, however, was the handling, assembling, launching, and placing of pontoon causeways.

Additional specialized units were the motor trucking battalions, the pontoon assembly detachments that manufactured pontoons in forward areas, and petroleum detachments comprised of experts in the installation of pipelines and petroleum facilities.

The Seabees have been actively engaged every year since the end of the war.

One of my friends, Norman Rachels recently sent me a note about the birthday (see below).

He is one of my few guest writers that gave us the story of the SeaBees in Holy Loch. 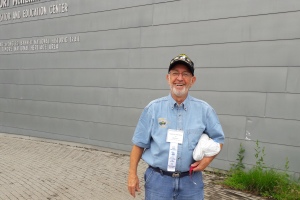 Today I read your latest posting about the Birthday of Our National Anthem and it was great as are all your posting.   Thank you for your timely article as usual.  I recently saw on TV a program about the story of Francis Scott Key and how he came to write it.  Both were touching and brought back memories of my tour of Ft. McHenry in July 2018.  I attended the LAST REUNION of USN MOBILE CONSTRUCTION BATTALION SIX ASSOCIATION, in Baltimore, MD July 20th – 24th, 2018 and had included a day before and after to spend as much time as possible.  In 2018 Baltimore was the wettest year on record, setting  6 daily rainfall records.  Three of those days were in July and I was there for two of them.  July 21st got 4.79 inches and the 24th received 4.07 inches.  July 2018, had 16.73 inches of rain was more than 5 inches ABOVE Baltimore’s previous July rainfall record dating back to 1889.

I went with a bus load of Seabee’s and their families/friends to tour Ft. McHenry on July 23rd and it turned out to be a pleasant and enjoyable day.  It did not rain while we were there.  I was chosen as one of the few persons to help RAISE THE FLAG OVER THE FORT.  I do not have any pictures of me doing so, BUT I do have pictures of OTHERS RAISING A FLAG SHORTHLY AFTER.  Problem with the 1st was that someone, somehow had provide us the WRONG FLAG.  I have attached a few pictures of the 2nd raising of the Flag on July 23rd, showing several of our group raising the Flag, or in the background.

Speaking of birthdays, the SEABEES BIRTHDAY IS MARCH 5TH, but that was not the original Birthday.  Click on the link below to read the “REST OF THE STORY”.

This Day In History-Seabee Birthday

Take care my friend and may God Bless You and Your Family.

Thanks Norm and God Bless you, your family and the Awesome men and Women of the Seabees! 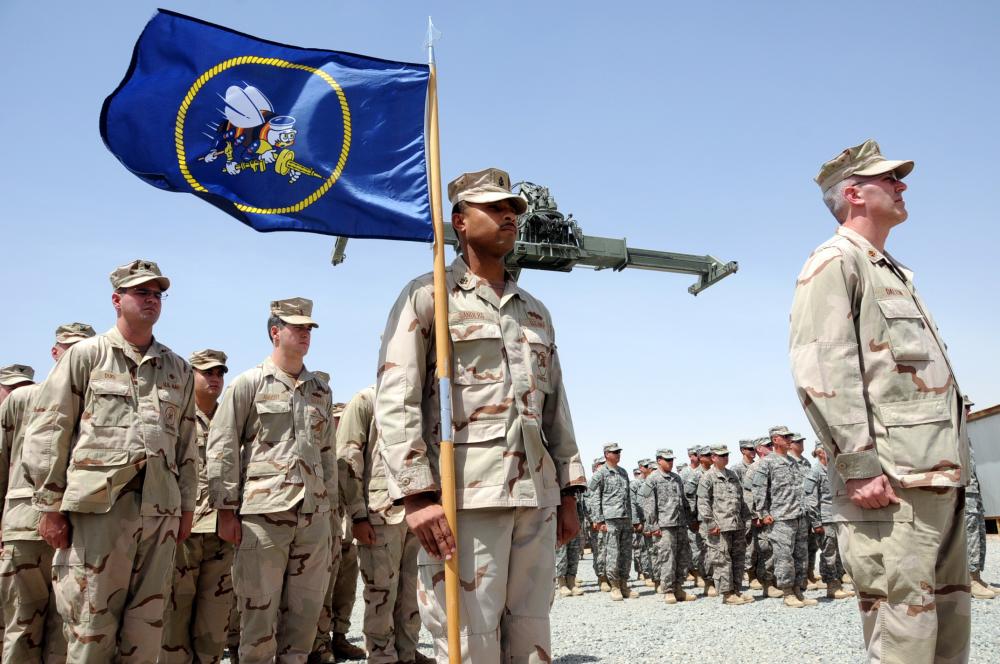 5 thoughts on “We Build, We Fight”