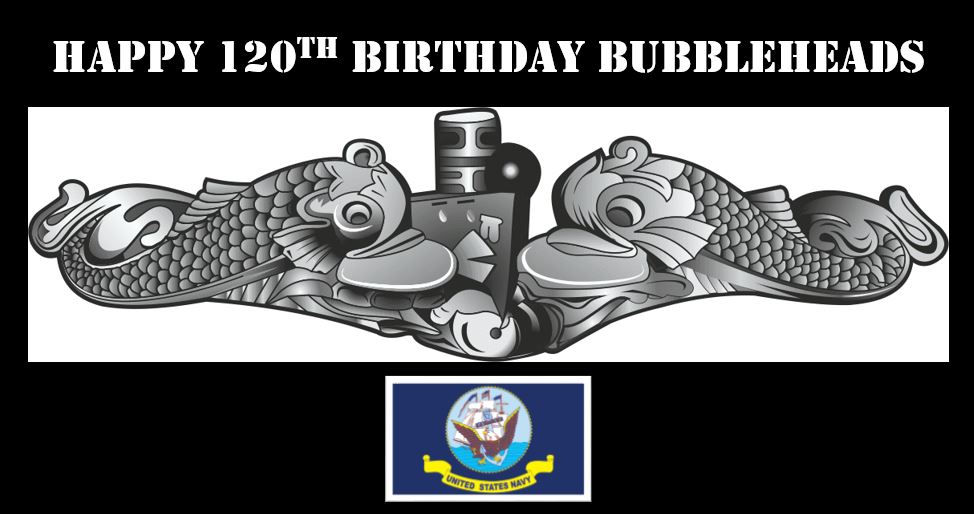 It feels a little odd saying that. For most of the years I was an active duty Submariner, you could just say “Happy Birthday Brothers” on April 11 and that would be accurate. After all, we were “Brothers of the Phin” by the shared connection of having completed submarine qualifications. My actual brother Tom (also a Machinist Mate Auxiliaryman) qualified on a boat we both served on. I kind of felt sorry for him up until he got his fish. His checkouts were probably harder than any that were given to any of his peers. But by the time he was finished and I presented his Dolphins to him on the pier, he knew that boat inside and out. He was a damn good damage control Petty Officer and I placed my life in his hands more than once.

But that is also what made us family on the boats.

We all had each other’s lives in each other’s hands. Whether it was our primary duty or our skills as members of the damage control party, every person on board a submarine is involved. Every one of us is engaged. There are no riders. From the earliest days of submarining, that has always been the rule. Non-quals have one mission and that is to be the most qualified member of the crew in knowledge and skills.

Not everyone made the cut.

We lost some people along the way to the pressure or to the challenge of what being qualified meant. Fortunately the screening caught most people before it came to that. Some still struggled but part of the brotherhood was making sure they had the right motivation to complete their quals and become part of the crew. I retired over twenty five years ago, but I truly hope that hasn’t changed.

The makeup of the force has evolved.

The inclusion of women has been a hard thing for some to accept but I had a different perspective. My last four years were spent as a Department head and Division Officer on board submarine support activities that included men and women. There were challenges, but I also saw some pretty amazing people at work together in a lot of challenging times. I have remained close to quite a few of them in the years since retirement and still marvel at their accomplishments.

As the past President of the Pittsburgh Navy League, it was also my honor to watch some of our Steel City NROTC graduates join the active duty forces. Pilots and submariners that have achieved much. I no longer look at their gender. I just look at their achievements.

So for that reason, I wish all of my submarine family Happy Birthday on this 120th anniversary of the greatest submarine force in the history of mankind. That family includes all of the people who served on them, serviced them from a tender, floating drydock or a base, or trained them in one of the world’s best training facilities.

We also owe much to the builders of the boats and the many facilities like Electric Boat, Newport News, Bettis Atomic Plant in McKeesport PA and the thousands of other yards and companies that have provided the means for us to achieve our goals. Generations of men and women who showed up each day and built the vessels and equipment that helped us to prosecute the enemy with efficiency. They are just as much a part of our family as those of us who wore the uniform.

God bless the memory of our brothers who gave all through the years.

The 52 boats that were lost during World War 2, the many boats that suffered accidents during the 120 years and of course the two nuclear powered boats from my generation.

All are reminders that submarining was and always will be a dangerous thing. 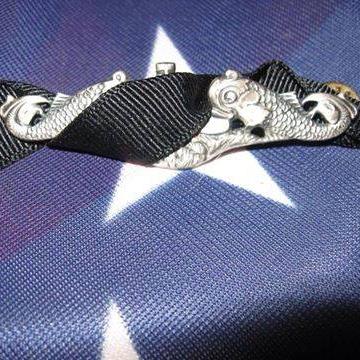 Looking forward, I salute the men and women who man the watch today and in the future.

Your boats are technologically superior in so many ways and the enemy would do well to never underestimate you. Our country needs a powerful submarine force now just as it has since the day that one of the early pioneers declared the need.

“In addition, however, I would like to give further reasons why a Submarine Service should at once be organized as a matter of public necessity and security.

“In the first place, we must concede that, notwithstanding the Hague Conference, the time has not yet arrived for nations to disarm; on the contrary that nation which is not ready to fight, that ceases to study war; that ceases to use the most frightful warlike appliances when war is made, has already placed itself in a position of inferiority and has ceased to possess those valuable attributes which are well described in the term Manhood.”

What he said then is just as true now.

All the treaties and peace agreements melt away at the first sound of thunder. Mankind has an eternal weakness and flaw. We just can’t seem to find a way to get along. There will always be another tyrant or dictator or despot that is born in some stinking hell hole of a country that will see the possessions of others and desire them. Some monster of a person that sees slavery as a way to power. Some cruel minded bastard that takes advantage of the good nature of others in an attempt to line their own pockets or propel themselves to the front of every line.

Of all the diseases that have ever ravaged the earth, none are worse than the disease of evil that lives in some men.

Until an eternal power comes along and wipes away that evil, we will always need to be prepared and on guard. We will always need to have the very best machines and people to man them to ensure that evil can be contained. That includes the very best submarine force in the entire world. With over seventy five percent of the world’s surface covered by water, that role is more important all the time.

On this One Hundred and Twentieth Birthday of the United States Submarine Service, I wish all of my family a Happy Birthday. I pray that we will be able to celebrate our success for many years to come.

God Bless and Preserve the United States of America and her Submarine Family.