Birth of the Nuclear Navy
Forged by the Sea, Tempered in the Steel City

There are many paths that led to the development of the new power source that would give the American Navy a way to counter any force on earth. The excerpts in this post come from one of the best sources of information I have found in years. “The Nuclear Navy, 1946-1962” (Richard G. Hewlett and Francis Duncan) was written to record the progress made during the early years of the Cold War and was recognized by the Atomic Energy Historical Advisory Committee for its accuracy:

“The members of the Historical Advisory Committee of the United States Atomic Energy Commission have closely followed the writing of this volume and find the completed study an honest, scholarly, and balanced history of the Navy’s nuclear propulsion program. We enjoyed the opportunity to review the draft and final chapters and to discuss them at length with the authors. At our meetings we had access to all the information they used, both classified and unclassified, and also had the opportunity to inspect the plants, laboratories, and nuclear-powered vessels whose development they were describing and analyzing. In the reviews of the draft and the final chapters we did not, of course, attempt to verify the accuracy of the details, based as they were on voluminous files of documents, many of which had been opened for historical research for the first time. Nor did we try to influence the authors’ interpretations of the documentary record. The review did, however, permit us to say with certainty that this study in all respects meets exacting canons of historical scholarship.”

There were many events leading up to the development of the nuclear submarine, but it would have never materialized without the vision and determined leadership of the legendary H. G. Rickover. 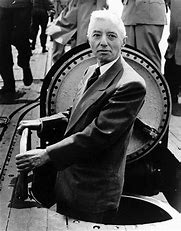 By the end of 1945, as the hitherto secret products of American science and engineering came to light, the full dimensions of a revolution in military technology had begun to appear. Sensing some of this, Nimitz, in his homecoming address at the Washington Monument on October 5, had declared: “Perhaps it is not too much to predict that history will refer to this present period not as the ending of a great… conflict but as the beginning of a new atomic age.”:’

At the request of then-Captain H.G. Rickover, USN, the first study of the application of a high-pressure, water-cooled reactor for a submarine was undertaken at Oak Ridge, Tenn., in September 1947. In January 1948 the Department of Defense requested Atomic Energy Commission to design, develop and build a nuclear reactor which would propel a submarine.

Captain Rickover used every opportunity from his post at the Bureau of Ships to argue the need to establish a Naval Nuclear Propulsion Program. Since there were many unknowns, he recommended undertaking two parallel reactor development projects: a pressurized water cooled reactor and a liquid metal cooled reactor.

On August 4, 1948, the Navy created the new Nuclear Power Branch with Rickover as its head within the Bureau’s Research Division

The letter contract which Westinghouse signed with the Commission on December 10, 1948, embodied the arrangement Zinn had proposed. The purpose was to build a propulsion plant for a submarine “within the shortest practicable time.” Westinghouse would be required to “do all detail engineering, produce the working drawings, procure the necessary materials, and construct the Mark I plant,” which would be a land-based prototype. The contract also recognized that the aim was to design Mark I so that it would meet Navy specifications for a submarine propulsion plant. Therefore, concurrently with its work on Mark I, Westinghouse would undertake research and development for subsequent models of Mark I which could be installed in submarines. The Commission authorized Westinghouse to obtain suitable office space, laboratories, and shop facilities at government expense and specified interim financial arrangements until a definitive contract could be signed.

Bettis Airfield near Pittsburgh was chosen for the new development site. It remains an active participant in providing the equipment and technology that sill guard the world’s freedoms.

The Pittsburgh Navy Ball will celebrate the 70th Anniversary of this achievement on October 12, 2018 at Soldiers and Sailors Ballroom. Tickets will be available for purchase shortly. 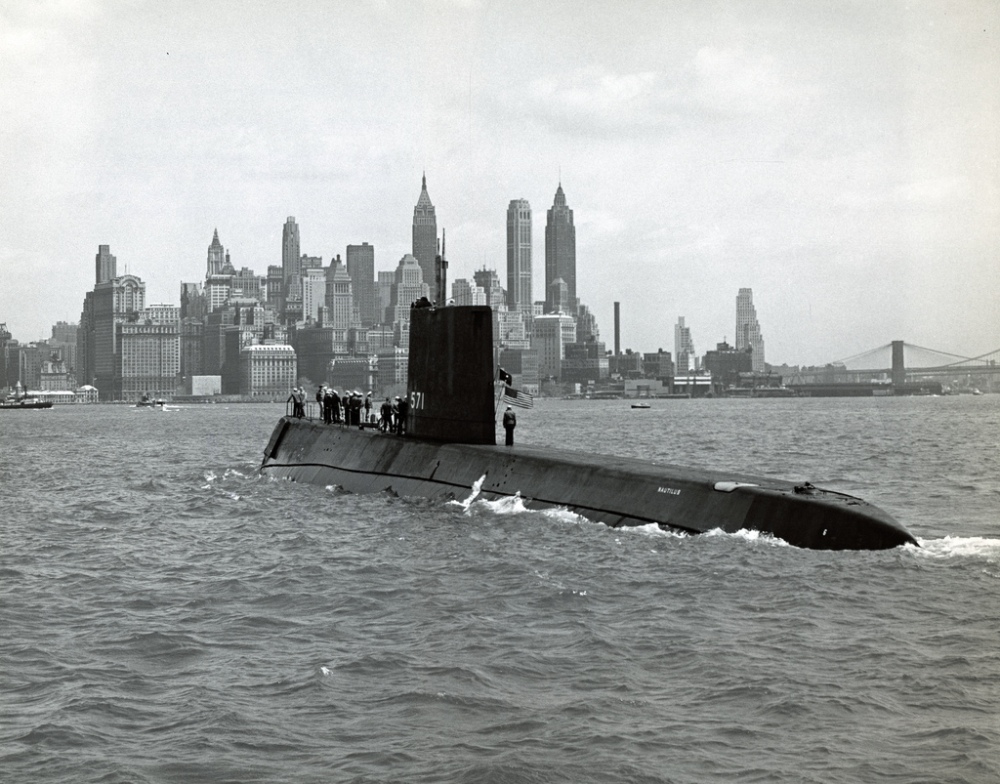 3 thoughts on “Forged by the Sea, Tempered by the Steel City – Birth of the Nuclear Navy”