Forty six years ago, I raised my right hand in a room full of strangers and pledged to support and defend the Constitution of the United States. I solemnly swore to do so while standing facing the flag that represents this country. For all of the years since then, that flag has played a central role in my life.

I watched her fly as a green recruit and came to understand she is more than just another piece of cloth. I watched her fly from the deck of many submarines and ships at bases all over the world. I listened with pride one night in Yokosuka Japan while a shipmate played Taps as we retired her for the day. I felt the crushing weight of seeing a comrade under her in a casket bound for home. I felt sadness at the deaths of so many veterans who also shared her as a final shroud.

It has never occurred to me that I would do anything but salute her when given the chance. My generation saw the rupture that was known as Vietnam and we saw the riots of the sixties. But the flag was an eternal symbol that gradually helped us to refocus. Now I see that it is becoming too common place that people feel they need to burn her and trample on her. They callously abuse the freedom and liberty we have preserved for them to use her as a blunt object with which to make their point. Politicians kneel and disrespect her for shallow and ignorant reasons. The courts have even given them license and liberty to do so.

I have seen her flying on a cloudless day over the graves of so many men and women who gave their last breath to protect her in places like Arlington and too many other cemeteries to count.

I have stood on the platform above the once mighty Arizona and cried while I read the names on the wall of honored dead. I have done the same at the inward most corner of the Vietn…am Wall. In each case, I could look up and see her standing guard. 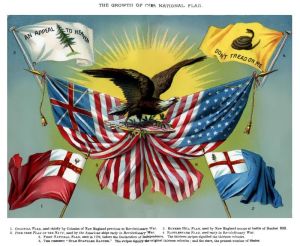 I have spent time with the men and women whose bodies are broken but their spirits still soar as they revere her. Each time the anthem plays, they sit upright or struggle to their feet if they are able and face her one more time.

I have felt the harsh sand beneath my feet at Normandy and heard the wind singing of their glory and sadness on that fateful day. High above in the cliffs, I have heard the echoes of guns that tried to silence her. But they are silent now and SHE flies above their captured forts. 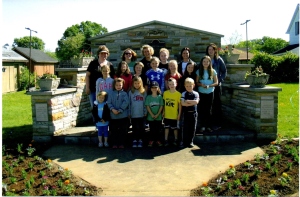 From coast to coast, city to city, borough to borough, I have seen her citizens fly her in remembrance of the bravest and the best and with a promise to protect their children’s future.

While others choose to use her as a sad symbol of protest and a lightning rod for a never ending litany of real and perceived offences, I know her real meaning. Until my dying day when I can no longer stand, I will find the strength to straighten my body until it is properly ready to render honors one last time.

Even then, I will salute.

36 thoughts on “I will Salute”

Leave a Reply to The Emu Cancel reply