It was a blue sky day 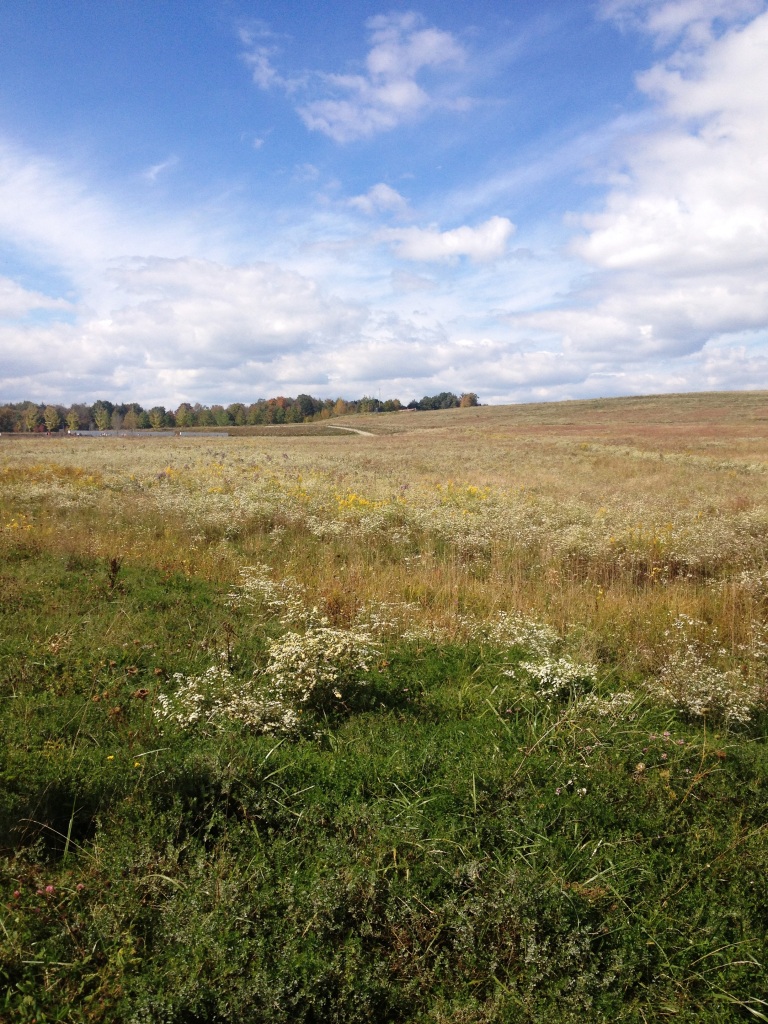 September 11, 2001 is the date which marks the turning point in modern history for many people. On this day, America found out what it is like to be vulnerable in a very real way. My generation grew up in the shadow of an elusive nuclear threat. We were trained to accept at a very early age that everything we knew could change in a blinding flash of light and all of us had some role to play in being prepared. Civil Defense shelters were everywhere and many families even had basement bomb shelters to prepare for survival in a nuclear attack.

But the attacks never came.

The shelters slowly just faded away and became relics of another time. The defenses we had built up were enough to give us a false sense of security. Treaties and the fall of the old Soviet Evil Empire assured us that we were indeed safe. Even rogue nations like Iraq could be bested and contained by coalitions of determined nations. This was a golden age of prosperity and growth.

All of that came to a crashing end on the morning of September 11th. An evil and determined enemy driven by an ideological fanaticism announced to the world that even the great America could be reached and dealt a blow. The planes that were used were representative of the technological and ideological advances of mankind. From the means of transportation to the systems that supported them, modern day jets are a miracle of no small magnitude. Less than a hundred years before that date, sustained air flight was still a dream and the idea that thousands of jets would be in the air that clear September morning was beyond anyone’s imagination. Not only that, but the means to communicate with and track those airborne behemoths was also a very large leap in technology during that same one hundred years. Finally, the development and distribution of the fuel needed to support an ever growing system of transportation was in itself a gigantic achievement for mankind. Think about it… prior to 1900, small vehicles would take weeks or months to travel the distance that these planes could travel in hours.

The great city of New York was a perfect symbol for the advances in mankind’s technological growth. The World Trade Center Towers were the ultimate symbol of man’s achievements. From the materials used to construct them to the methods employed, man showed that he could overcome seemingly impossible obstacles and build these gleaming structures. They truly represented a greatness that stood head and shoulders above every other generation before in regards to technological advances. The towers contained financial industries, government functions, business of every kind and most importantly people. People of many nations and cultures. Mothers and fathers, brothers and sisters, friends and neighbors.

Yet with all of her security and all of her prowess, America was vulnerable in a way that was inconceivable up until the moment the first plane approached the first tower.  Films from that day show the absolute shock and horror of the people as they watched the plane crash into the upper part of the building. I can only guess at this, but it occurs to me that the events of that day were the most published public tragedy that had ever occurred. TV cameras were rolling the entire time and chronicled the events from the first to the collapse of the Towers. Other news crews focused on the attacks on the Pentagon and as the last plane crashed in Pennsylvania, more news sources rushed to inform the public of every detail.

Our innocence was lost forever that day. For a short time, we were united. Politicians who the day before were shouting at each other about the most meaningless things stood together on the steps of the capital and sang and prayed. People put up flags everywhere and talked to neighbors they had not talked to for a long time. There was no race, no creed, no color and only the slightest sense of hatred for Muslims and their religion. All of that would change within a few years. Today, we are more divided than at any time in out nation’s history since the civil war. Politicians use that anger and hated to gain power and divide us even further. But I have to always remember that we allow ourselves to be manipulated.

Worst of all, the world around us seems to be getting more dangerous. The Russians have been behaving like the old Soviet Union, the Chinese are trying to encroach on the freedom of their neighbors, North Korea and Iran routinely violate international law with impunity and places like Pakistan (which is nuclear armed) are on the brink of total collapse.

It will be interesting to see what happens to this country in the coming days and months. Our family has begun to pray more and seek understanding through the scriptures. My gut feeling is that while we were told that the end times would not be defined by an exact day and time, they are fast approaching. I hope I am wrong.

But on the other hand, if a thousand years of progress and achievement can be laid low by a few sick twisted ideologists from a backwards culture branding box cutters, can we ever really feel safe again?

4 thoughts on “Fifteen years… but it seems like a lifetime”