Okay, here’s the twist… I never really “Got” parades.

Parades have been in my family since the Civil War and all of my MacPherson relatives have participated in one way or another for as many years as I can remember. Firemen’s parades, marching band parades, circus parades, and any other various and sundry parade occupied a large part of my younger life. But the grand daddy of them all has always been the Memorial Day parade.

My Dad got us all involved at one point or another. (It was truly the only time I was ever drafted).

He was relentless in his goal to have bigger and better and more involved parades. The early sixties were big parades but as the Vietnam war unfolded and the population grew disenchanted with all things military, the crowds got thinner and the parades got smaller. The funny thing was is that my Dad doubled down on the whole idea of not forgetting the day. He would go out of his way to come up with new things to add to the ceremony and he was relentless to make sure anyone who he could get into the line of action was called on.

As you can imagine, year after year it got harder and harder to put on a boy scout uniform and march. That was no escape though since my brothers and I all played trumpets and bugles. There was no escape. You were either marching, playing a horn, singing an anthem or reading the Gettysburg address. By May of 1972 I was ready to run away and join the Navy. And of course I did right after Memorial Day. 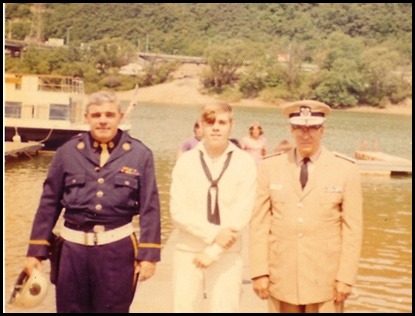 Something magical happened though. Even through the dog days of the Vietnam War, Dad and his colleagues kept up the yearly tradition. Some years, there were more people marching than lined the streets. Pride in America had hit an all time low. It would take a man named Reagan to provide a leadership style that seemed to bring it back. The return of the hostages from Iran and the rebuilding of our military set the country up for a huge return.

Parades became fashionable again. People returned to their roots and remembered the reason we were marching. Year over year, the programs got bigger and the cheers grew louder. The honor we saw for the dying generations of old soldiers is stronger now than at any point in our history (at least since the end of World War 2).

Today, I finally got it.

I did not march today, I merely watched. I did not carry a gun, a flag or a bugle. No one asked me to sing an anthem or read a poem. I just watched from the sidelines. Each flag that went by made me swell with pride and honor at being a very small part of the freedom they represented. By the end of the parade, I could barely contain my tears. Seeing the beautiful young children lining the streets and hearing the people applaud the aging old veterans was a stunning reminder of what this has always been about.

We were celebrating freedom paid for by common men and women.

The man who got the bronze star at the Battle of the Bulge who could barely stand to be recognized. The gray haired woman with the Army nurse corps insignia on her faded VFW cap who probably held the hands of a dying young soldier in a hospital in Southeast Asia. The Merchant Mariner who had three ships sunk from under him in an attempt to keep food in the mouths of the people in England in their darkest hours. The grumpy old man who got wounded so bad at the Inchon landing that he had to be medevac’d to the states… and never fully recovered.

These were the people I saw today for the first time. So did the children and their parents. 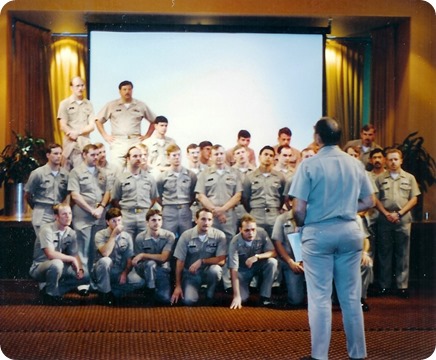 It was at a veterans parade in Florida when my wife and I were visiting my parents. Even in semi-retirement, Dad always managed to find a Legion or VFW to help serve. I had just made Chief Petty Officer and he drug me along to the event. In uniform of course. At the event, they were short one able bodied person for the color guard. When he asked me to carry a flag, I politely but smugly told him I was a Chief now and that it would not be proper.

The words were not well thought out and I could tell from the fallen look on his face that he was crushed. But after years of doing everything he asked, maybe I was just feeling like it was time to set some new boundaries. Looking back on that day, I don’t think I have ever felt so small as I did when a rather tired looking old gentleman in a VFW cap came up and said, “John, its alright. I’ll carry the flag”.

I have participated in ceremonies a number of times since that day but it was not until I saw the parade that he nurtured all those years today that the real sadness filled my heart. Sad that he was not there to see the fruits of his labor. Sad that although we remained close, I never resolved that one painful day with him. Sad that in the end, my pride and ego robbed me of a cherished moment I can never have back.

Next year I am going to do my best to be healthy enough to carry the flag.

Maybe I’ll even buy a shiny new Chief Warrant Officer Uniform that actually fits. In any event, you can be sure I will be thinking of him every step along the way. 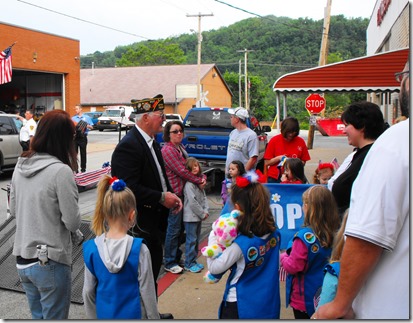 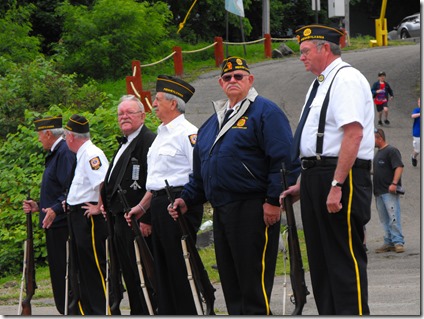