Its been a week since the tragedy caused by a man who by every account had some serious mental issues.

The obvious attacks against personal gun ownership have been unrelenting every single day since. I have forced myself to listen to NPR on my daily commute and whenever it was convenient to do so.

As a public service, I have captured the entire weeks programs in the following sound bites:

“ASSAULT WEAPONS ARE RUNNING WILD IN THE STREETS BRAZENLY KILLING EVERYTHING IN THEIR PATHS AND NO ONE IS DOING ANYTHING ABOUT THEM.” 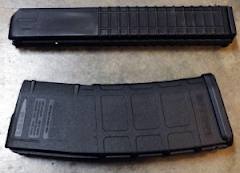 “GOVERNMENT SIEZING THE ARMS OF ALL THESE SELFISH MANIACAL GUN OWNERS IS THE ONLY SAFE AND SANE ANSWER… If you don’t agree, you are heartless and don’t care for children or puppies”

My favorite interview was with a gun “expert” who studied the affects of the Clinton “Assault Weapons Ban”.

The propagandist who was interviewing him asked him if the ban worked. Foolishly, the expert rattled off a number of facts that indicated that the previous ban had absolutely no measureable impact one way or another. It simply didn’t work to achieve any life savings or death prevention because the actual occurrences of crime using such weapons was so low. That did not deter the propagandist interviewer though who continue to push his view that “assault weapons” were the heart of all evil in the world.

The “expert” being interviewed simply ended by saying that although there were no statistics or evidence that weapons that were classified as “assault weapons” had actually done anything to deserve banning and the ban itself produced nothing measureable it just seemed like the right thing to do.

Conservative radio talk shows and the NRA are just now coming back into the game.

After a week of silence, the NRA has been trying to put out an alternative message that defending our children will take more than good wishes and happy thoughts. There is real evil in the world as there always has been and we need to be more proactive about countering it.

In the meantime, the state sponsored airways of NPR and the alphabet networks will continue to fill people brains with useless feel sad victim-centered mush. False ideas about securing the country will be spread thicker than government issued peanut butter on specially prepared fiber bread that meets the newest standard (Translated: it will produce as an end result limitless amounts of flatulence).

I have a dream…

My dream is that when the revolution comes, the first thing that is shut down is the propaganda arm of the progressive movement: the NPR. With all their gun hatred, it kind of makes you wonder who they are afraid of?

Some interesting reading if you want to know more about the truth: