December 17, 1942 was a monumental day in world history. Rumors of the “Jewish” problem and its possible solution had been leaking out for many months. Civilized governments including our own in the United States must have found it hard to believe that an entire race was being systematically targeted for destruction. How was this possible? Had we not survived the Dark ages once?

Yet the evidence was mounting. Smuggled documents and eyewitness testimony finally swayed the public in England. On December 17, that information forced a government that was already overwhelmed with atrocities to admit the ultimate atrocity: Jews in Europe were being systematically rounded up and either killed outright or forced into prison and work camps only to be killed later.

How could this happen? There were atrocities during the first World War but they were the atrocities that always accompanied war. Civilians are killed. Children are lost by accident. But this new revelation was something completely different. Children were being targeted as a part of a general destructive policy. 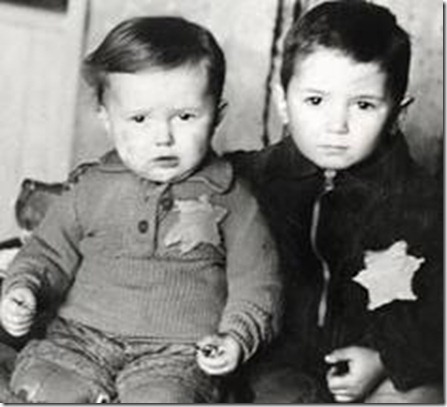 The United Nations name was coined by President Roosevelt long before the actual organization was formed in 1946. They were united in their revulsion of the actions described by those who risked their lives to get it to the free world. All were united in their compassion for the dying and dead and the sense of failure in stopping the horrific death sentences.

The recent losses in Connecticut are horrific and receiving more than their share in agonizing detail in our modern press.

We pray together and we cried together for the loss of such precious lives and ask "How could this be?" Evil visits every generation…. on this sad anniversary that marks the day in 1942 where the world first officially acknowledged what had only been rumors… the entire Jewish population in Europe was being systematically destroyed by the monstrous Nazi organization of death merchants.

Millions of people of all ages including untold numbers of precious children were murdered in unspeakable acts of horror.

Mankind is capable of horrific actions. 70 years ago today, an entire people was gathered up and herded into rail cars and sent to a certain death. They were unarmed and unable to stop the government that sent for them.

It took men with guns to stop the slaughter… our fathers and grandfathers who had to face the unthinkable. Depending on which version you want to believe, they were 6-11 million people too late.

I wonder how many of those disarmed people trusted the good nature of the governments that betrayed them?

I am not ready to trust a government that has such a casual regard for the truth in so many matters. I pray that enough people come to their senses before we lose that freedom which keeps the unknown in check.

Then they came for the Jews, and I did not speak out–
Because I was not a Jew.

Then they came for me–and there was no one left to speak for me.

3 thoughts on “…then, they came for the Jews”