This is the 300th blog for theleansubmariner. 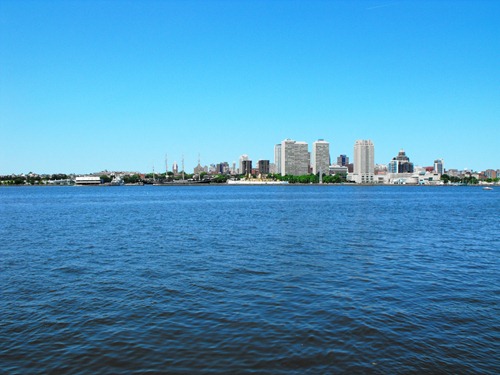 Philadelphia has a special place in my heart and in my family’s history.

It was on her shores that many of my forefathers first arrived in America and in her neighborhoods where our story began in this land of the free. The city has many nicknames. Besides the City of Brotherly Love, it is known as the Cradle of Liberty, Quaker City and the City of Neighborhoods. There are many wonderful sights to see there including Independence Hall, the National Constitution Center, the Liberty Bell, the Franklin Institute and countless memorials to the Spirit of American independence and freedom.

Philly is a big city

It is the fifth largest city in the United States now with a very diverse population of over 1,517,000 people. Caucasians make up about 39 % of the population, Blacks 44 % Hispanics about 12.5 % and the rest is a jumble of everything else on the planet. From Wikipedia:

While Philly is still predominantly listed as a Christian dominant area due to the high number of Catholics, it also has one of the highest populations of Jews. The Muslim African American community in Philadelphia has grown with great strength over the last decade. According to several statistics, Philadelphia has surpassed Detroit and New York City to become the American metropolitan area with the highest proportion of Muslims. This is as much due to an influx of immigrants from the Horn of Africa as it is to the more American movement of Islam in Black communities.

One of the key measures of a populated are is something called population density.

The Major Industries in Philadelphia are all service related. They are:

According to the most recent statistics, Philadelphia has an astoundingly low number of manufacturing jobs. From Philly.com:

At a postwar height in 1953, 359,000 Philadelphians were employed in manufacture, 45 percent of the city’s labor force; in our own times, the number of industrial jobs has dramatically fallen to below 30,000, 5 percent of the total. These figures reflect the greater deindustrialization of the United States, though the downward spiral for Philadelphia far exceeded the nation as a whole.

The massive General Electric Switchgear Plant at 69th Street and Elmwood Avenue used to be a two-square-block building that employed more than 7,500 workers in its heyday. But downsizing hit both the workforce and the building.

Today’s GE building is about a third smaller and fewer than 500 men and women work there.

Where do all those people get their electricity?

PECO is the primary supplier of electricity for the city and county of Philadelphia. PECO is an Exelon company with a major face in Pennsylvania. The major sources of fuel that keep the city’s lights burning comes from a network that is still heavily dependent on coal. Forty eight percent of the energy in Pennsylvania is from coal, 35.1 % from nuclear energy and 13.4% natural gas. Despite recent attempts to use solar as a source, no statistically significant amount of energy is produced to power the televisions, X-box games, lights and other household needs.

With very little fanfare in October of 2012, PECO was allowed to raise the rates for residential customers. Reason? People on the grid are not paying their electric bills and the utility is not allowed to cut them off. With the expected increases in the cost of energy related to the closing of coal fired plants, it should be no surprise to anyone that prices will continue to go even higher.

I wonder if anyone who lives in the Philadelphia neighborhoods realize what the main source of their energy actually is?

I wonder what their reaction will be when they find out that coal has been declared an enemy of the state?

In 2008, Camden was the second-most dangerous city in the country, lower than its 2004 ranking, but still high for a city its size, while Philadelphia as ranked 22nd.

Hey, you have to have something to be known for right?

You would think that with all those people, there would be a giant farm nearby to provide them with food. Of course you would be wrong. Food, like everything else the people of Philadelphia need must be grown and trucked in. Unfortunately, that requires trucks they don’t make, fuel they don’t have on roads they don’t pay for.

As time goes by, the city that once brought freedom and liberty to the world will slowly become even more dependent on others for everything they do. When the infrastructure crumbles, they will be the most dependent of all. One only has to look at the neighborhoods of New York that are still struggling with the aftermath of Hurricane Sandy to see what the future holds.

If America does not change, we will all become Philadelphia. Unable to feed ourselves, unable to provide for our own resources, no longer capable of making anything anyone will buy from us, and totally dependent on a government that only harvests our votes.

There is no future in that kind of life.

“Camden — The city set a grim record today, with its 59th homicide
of the year. The latest victim was shot dead on Independence Road in the city’s
Fairview section around 11:30 a.m, according to the Camden County Prosecutor’s
Office. Additional details were not immediately available, but radio dispatches
said police were seeking a masked man. The previous high mark for homicides was
58, set in 1995.(Snip) Law enforcement officials have attributed the surge in
violence in part to massive layoffs that nearly halved staffing levels at the
city’s police department in early 2011.”

6 thoughts on “City of Brotherly Love”