I haven’t seen George in many years but he recognized me right away. He hugged my wife and her sister and then turned to me and said “You look just like your old man”. I wasn’t surprised since I have heard that many times in the past few years. It’s a good memory to think about Dad every once in a while. I will especially think about him tomorrow.

I remember my recruiter pretty well. He was a Master Chief Machinist Mate and he had come to the high school for a visit in the spring of my senior year. The uniform was covered with ribbons and he had these silver “wings” on his chest that stood out pretty well. Naturally, he was quick to point out that they weren’t wings at all, they were dolphins. A smart young guy like me would be able to advance pretty far if he had the right attitude and ambition.

In 1972, Vietnam was already winding down from its height but the Navy still had river patrol boats in country. They were working with the locals to train them as part of the Nixon “Vietnamization” plan. For some crazy reason, I saw myself on the front 50 of one of these boats and no one was going to talk me out of it. Maybe it was too many John Wayne movies or McHale’s Navy, but I wanted to be in that place doing just that job. I signed up for delayed entry and promptly got covered in kisses mixed with tears from my sweetheart.

Heck, I hadn’t even put on my first real uniform and I was already feeling the benefits.

My buddies were all supporting me, my parents thought I might actually amount to something, and she was going to make sure that if I didn’t make it back, I would have some nice things to remember as I checked out on my way to the big PX in the sky.

BM1 Schmidt and the classifier in Boot Camp steered me in the right direction once the starts were out of my eyes. Running with the old Springfield rifles everywhere we went convinced me that maybe I wasn’t such a good candidate for small arms hauling. 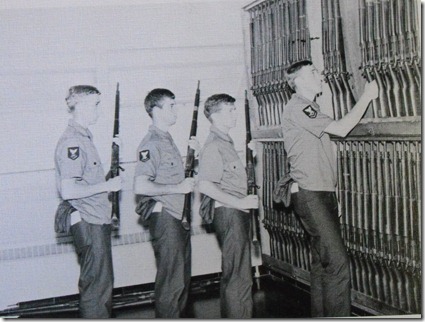 Being introduced to shipboard life and the dull aches of mopping and sweeping tore away any romantic notions about sailing the seven seas and adventure. This crap was hard work and you didn’t get much sleep. 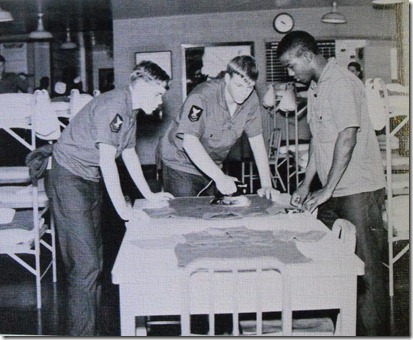 Of course, as any graduate of basic training or boot camp will tell you, it was all worth it in the rear view mirror. There is one special memory that I will keep forever. It was passing in review the first time you are declared a sailor and no longer a boot.

Seeing that big American Flag displayed so proudly was a focal point to all we had done and all we were about to do. On that day, I joined my Dad who graduated during World War II and my Grandfather who served in World War I in becoming a small part of a group who do something no one else in the world can do: We protect the American way of life at sea in boats, ships, planes, and many stations around the world. 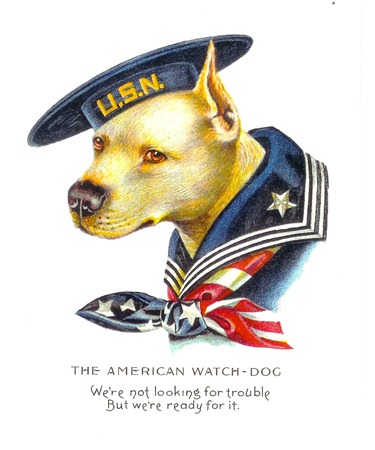 Both of those men had their share of campaign ribbons and memories but neither would be classified as a hero by most. But both became what all good sailors, soldiers, Guardsmen, fliers and Marines eventually become. They are all Veterans. They are distinct in their identities because at one point in their lives, they were willing to put their life on the line for something greater than themselves. They all have given something to ensure that the country can have freedom, peace, the ability to agree or disagree, and a standard of living like no place else on the planet.

The grey in my sideburns has migrated up to my hair now. I use reading glasses from time to time because I no can no longer convince myself that the room lights aren’t bright enough. I’m afraid if I had to carry a submersible pump anywhere, the ship would probably sink first. But I still have one part of me that works quite well. My heart still beats a little stronger when I see the red white and blue. The threads that really hold old glory together are the long continuous lines of heroes who gave so much for so many for so little in return. Men like my Dad.

As George said his goodbyes and was walking away, he told me again how much I looked like my old man.

It was a real honor to have him think so.

Happy Veterans Day to all who served.

5 thoughts on “It Was a Real Honor”