I first published this post in 2012. On September 27, 2017 Hugh Hefner Passed away at the age of 91. When asked how he would like to be remembered he said:

“I would like to be remembered as somebody who has changed the world in some positive way, in a social, sexual sense, and I’d be very happy with that,” Hefner told CNN. “I’m a kid who dreamed the dreams and made them come true.”

I was born the year Playboy was first published and it played a role in my early life. For good or bad, it changed the way we looked at many things. I do believe there will never be another man exactly like him. This post is a tribute to the man and his empire and their contribution to winning the Cold War. RIP Hef.

Disclaimer: Although nothing graphic is shown or discussed in this article, politically speaking, it reflects an age where dinosaurs roamed the earth. Skip to an earlier post or come back later next week if you are easily offended.

Early in the history of theleansubmariner blog, I wrote a piece about what the typical guy took with him on board a submarine for a West Pac or patrol.

I posted the question about what would you take with you on a number of sites and got some pretty typical responses about music, candy, various types of things to drink (non-alcoholic of course). I was writing a response to another question yesterday and it occurred to me that one of the things I didn’t see as a response was something that was rather prominent back in the day: Playboy magazines and pinups. 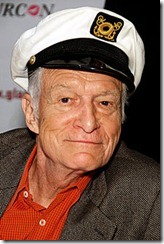 Hef actually started his career in the Army so I think in the back of his mind, the idea for Playboy was born as a result of his interaction with the military. In fact, he went to work in the publishing field at the beginning of the Cold War and launched his initial magazine in December 1953.

Do you remember who the first playmate was? That’s right, Marilyn Monroe. Trivia: Hef never met Marilyn while she was alive but has the burial plot next to hers in the cemetery she was laid to rest. 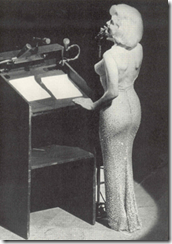 Another Cold War connection was the ALLEGED relationship with a certain young President. Marilyn was sandwiched between the Bay of Pigs and the Cuban Missile Crisis. I find it hard to believe that she would have gotten anywhere near the President if it hadn’t been the “exposure” she got from Hef’s first magazine. Hopefully she was able to do “something” to keep his mind off of all that pressure…

I wonder how many submarines from 1954 to the end of the Cold War carried copies of Hef’s contribution to national security?

There is precious little privacy on any submarine but for a guy who actually gets assigned a rack in one of the berthing spaces (and doesn’t have to share it with his brother Tom via hot-racking) that rack becomes the closest thing to anything personal. Depending on your Chief of the Boat, you could do some light “redecoration” in that area and as long as it wasn’t too wild and explicit, everyone in authority sort of turned a blind eye to it. Frankly, I did manage to get into the Goat Locker as a messenger to do wake ups, and from time to time observed the art work that adorned the racks in there.

You were underwater on patrol (boomer) or special operation (Fast boat) for months and at that time there were no females on board. At least not physically. Many of the guys had pictures of wives and sweet hearts pasted up in the open areas. But once they opened their bunk pans, out popped Miss January or Miss February. These patriotic girls gave their all for the boys in dungarees and blue poopy suits.

My favorite of all time was Miss April 1974.

There were probably others that stood out more or had assets that were more remarkable. Some were intellectually more stimulating and all looked forward to the handsome man of their dreams coming into their lives later on. Marlene Morrow helped a generation of young men Spring into Spring back on those days.

In her Bio, she tells about growing up in Montana then moving to Osaka Japan where her father played baseball for a Japanese team.

At one point she wanted to be a missionary but later gave that up so she could be a housewife and have lots of kids. That was before she was discovered and ended up in the pages of the April issue and on my bunk bulkhead.

Why her? Well, like many guys, I joined the Navy when I was pretty young. I had a girlfriend back home but the time apart finally caught up with us. I knew on the previous patrol that things weren’t so great when I only got two family grams from her. During the off crew she finally confessed that she had given up on waiting and was “promised” to a boy at the bank she worked at.

Needless to say, a whole lot of dreams came crashing down around me and I had a rough time getting grounded. That is until I saw a picture of Marlene on the cover of April’s issue.

She was everything that XXXXX was not. Passionate for travel, she dreamed of going around the world in a trailer just to see what she could do. HEY… ME TOO. Her ambition was to be a dancer and eventually settle down to have about four children. HEY… FOUR SOUNDS LIKE A NICE ROUND NUMBER.

Marlene was related to no less than three different United States presidents: Washington, Monroe, and Madison. HISTORY… I LOVE HISTORY>>> I CAN SEE THIS WORKING!

I never did meet Marlene.

She apparently went through a lot of personal struggles after her days as a Playmate. From what I have found, she has finally settled into a life that is at least calm. But I will forever be grateful to her and her companions for the distraction I needed at a time when my world was pretty awful.

(You can Google her, but you better have your Liberty Pass squared away… 38 years has not made her any less attractive  – at least at that age)

The girl from my youth went through a few more husbands based on things I hear from old friends. I think how differently life would be if we had finally stayed together. The girl I did end up marrying (34 years married this year) was a blonde haired blue eyed girl who has fulfilled every dream I could ever have wished for. (Maybe Marlene had a bit more influence on me than I thought.)

From what my active duty nephews have told me, Hef is still contributing to national security. Like the submarines they ride though, everything is done with a great deal of stealth now. I suppose it had to happen (even without the addition of females to the boats).

But if anyone ever makes a picture about those days on the 41 for Freedom boats, her Fast-boat friends, and the Smoke Boat Grand-daddies of them all, they will have to rate the thing at least an “R” if the action moves to the bunkrooms.

Thanks Hef. We haven’t always seen eye to eye on everything

but your role in history will always be secure in my mind.

Do you suppose that’s why they lost?

7 thoughts on “How Hef saved the world from Communism”