I don’t believe an accident of birth makes people sisters or brothers. It makes them siblings, gives them mutuality of parentage. Sisterhood and brotherhood is a condition people have to work at. ~Maya Angelou

If you are lucky in life, you get to have a real brother. This is no reflection on my actual siblings that I grew up with, but with the exception of my Brother Little Mac, I didn’t find out what “brother” really meant till later in life. (Little Mac is the guy trying to escape in the picture bellow. We spent nearly four years together on the USS San Francisco SSN 711) Don’t get me wrong, I would still honor all of the “family” obligations. We come from a very long line family connections dating back to the family’s arrival in the US. 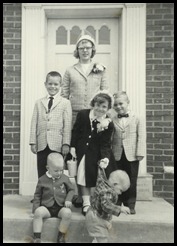 Brotherhood means a lot more to me now. A brother is someone who calls or writes an email without you sending one first. He is the one who laughs at your corny jokes but pokes you for them from time to time. During those difficult times in your life, a brother never feels awkward about reaching out to you and keeping your spirits up. They give you the seat of honor at their house, look forward to sharing a special drink that you only have on special occasions, and never fail to let you know that they love you (even when you don’t feel like someone worth loving.)

A sibling is someone who remembers every stupid thing you ever did growing up and brings it up at the annual family gathering. A brother only remembers the cool stuff you did and is proud of those days. A sibling is still concerned about the birth order and how much of a leader they should be as they get older. A brother remembers that all of us are equal in God’s eyes and respects you for your rightful place. A sibling will show up at your bedside when you are sick because he should, a brother does it because he really wants to be there.

Like most people, I have learned this in stages. As a kid, I slept in a bedroom with my three siblings. We had bunk beds which made it easy for me to transition to boot camp when I graduated from High School. We were just far enough apart in age not to be in the same schools at the same time. Our “shared” experiences were limited to some family events and some church things. I do remember there seemed to be a lot of fighting. 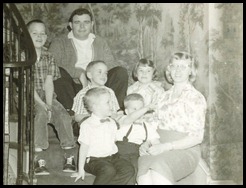 All of us had our own experiences growing up except for the time I ran away from home and Little Mac followed. I yelled at him for a while to go home but he decided to follow me anyway. I can’t remember how old we were but I do remember he was not in school yet. The end result was that we made it about thirteen miles before giving up and calling home. Mom was madder then heck and I think she broke her wooden spoon on my back side. Recognizing the futility of trying to run away before I could actually drive or earn a living delayed my actual escape until the Navy. 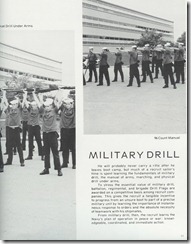 My first real taste of brotherhood was in boot camp. You suddenly find yourself in a very strange environment and they strip away all of the things that made you comfortable. In a short period of time though, you find that in your shared experience, you learn to depend on each other. By graduation, you feel like all of you combined could beat the entire enemy fleet with no effort. Youth, ego, and the introduction to your first real sets of brothers gives you a feeling of being bulletproof. It doesn’t last long.

A school and sub school are not as focused on making new brothers. Even the ones who you went to boot camp with drift to other schools and the camaraderie goes on a hiatus. When you get to the boat, you are a non-qual nub. Reporting on board the George-fish, I found out that there are few things more worthless than a non-qual. Fortunately for me, I was not the only new guy so I had a lot of people who I would grow to be brothers with. We forged our friendships and became brothers by sharing our misery, sharing our hard and very long days, and sharing our victories.

January 21, 1961 is the date that marks the completion of the first ballistic missile patrol. She spent 66 days at sea submerged and accomplished her mission. She would continue to do so 54 more times. I will go to my grave believing that the work her crews did helped to prevent the world from spiraling out of control. It also forged a lot of brotherhood through the years. The link will take you to some rare footage of the GW…

I had many other opportunities to find and make “brothers” along the way. I will forever be indebted to their help and comradeship as we all made our way through the years.

Although not as common, it is still possible to develop a brotherhood with people you meet along the way. I have been blessed to have those brothers in my life. The thing is I don’t need to name the ones who fit that role because they are reading this and smiling. I can’t begin to tell you how grateful I am to each of you for enriching my life. I hope you can say the same.

One other thing I discovered… a brother reads your blog even though he is very busy and actually tells you he laughed at the places he was supposed to. God Bless you Brother

Update: There have been a lot of my Brothers who have joined (or sadly may have passed) since the first time I blogged this.

I am eternally grateful for your friendship, love, and help during one of the most difficult years in my life.

You will never know how much that made all the difference.

For the hundreds of “brothers” and “sisters” who took the time to remember to say Happy Birthday, be assured, I will never forget. For those who are actual “family” who did not, I will try not to remember. It’s the least I can do in return for the least you did.