I feel sorry for anyone who had a bad or broken relationship with their Mom. Looking back over the years, I have known many people who went through that. There seemed to be a lot in the Navy who came from broken or less than perfect homes. They always seemed to be looking for something in their travels and adventures. 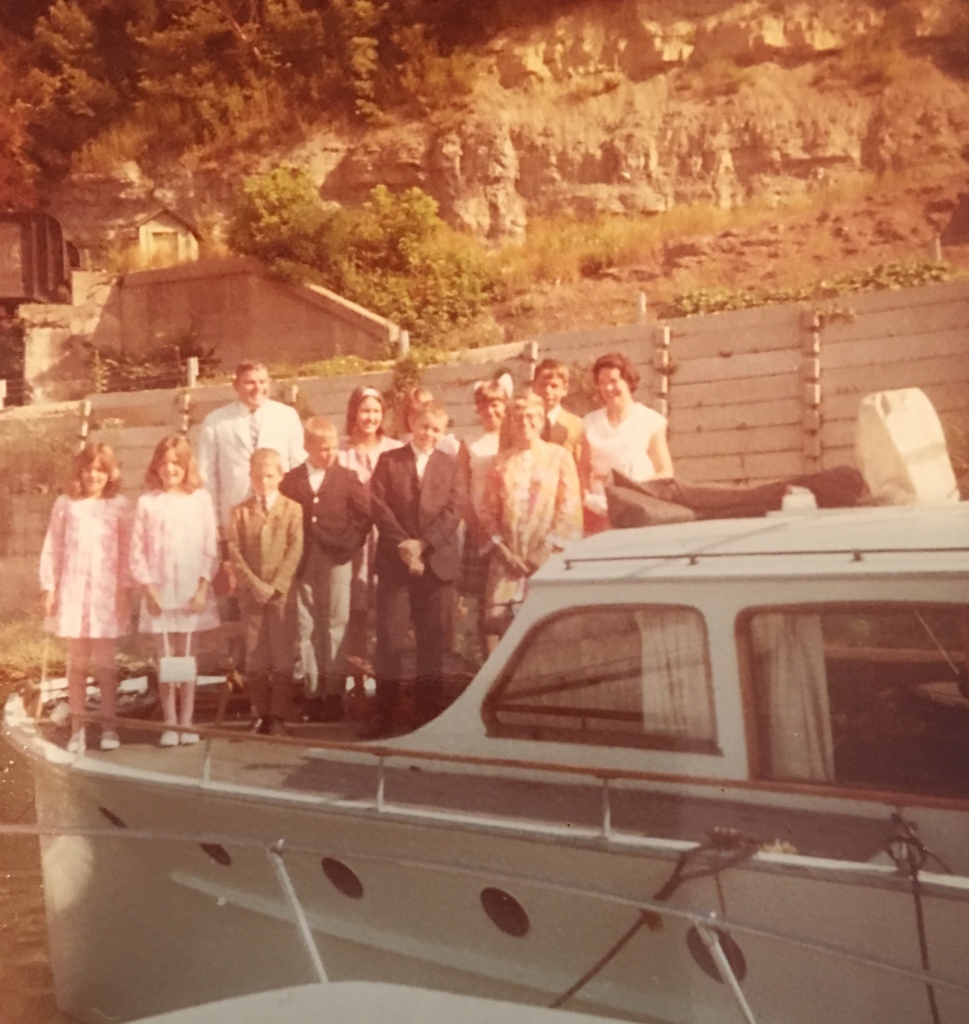 I have no such excuse. I grew up in a home where both Mom and Dad were together and raised us with structure and help. That is a rare balance. The structure part came in the form of discipline, spiritual guidance and expectations that you would do your best. The help part came in not applying the rules so stringently that we didn’t have adventure. They often let me make mistakes just to let me learn from them.

I was a typical middle child. A bit crazy and certainly non-containable. I also had a very powerful imagination which often got me into trouble. One time, I was convinced that I should have a large party at my house and invite all of the kids in my class. Did I mention that I forgot to ask my Mom first? She was not amused but fortunately the teacher had learned of my plot and called her to warn her.

Another time, I was going to run away from home. I am not sure what the real motivation was but I had convinced myself that the discipline part was getting too strong for me. With no plan, no money and no food, I put on my best walking shoes and set off. I ended up spending about five hours walking. Did I mention that my little brother Tom followed me that day? No amount of yelling on my part could turn him back so I had to expand my imaginary plan to include him.

We stopped just before we got to the major highway past the High School. Too tired to keep going (and very hungry by now) I had to abandon my grand scheme and we stopped at a house on top of a very long hill. Mrs. Greenwalt let us use the phone and Mom came and picked us up. It is the only time I remember her swearing at me. I never ran away again. Until I was 18. And the Navy was happy for me to arrive.

Through the years she would share in all of my victories and defeats. There were some rough times. I had a lot of learning to do. But she always welcomed me home after I learned that there are consequences as well as rewards. After my divorce, she never once said “I told you so”. But she seemed very happy when I brought my new fiancée home and they laughed and smiled together.

The two became friends for life. We traveled together a number of times and saw parts of the world as a real set of friends. Our biggest adventure was a year after I had my heart attack. We went to the Islands of Hawaii and Mom and I rode a helicopter and a submarine together. 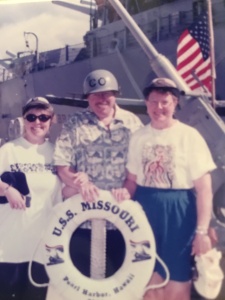 Our last trip was to the beach in Delaware. I will never forget seeing how happy she was with her feet in the sand. That is an amazing part of her story. Even after Dad died, she never stopped being adventurous. I always thought I got that from my Dad but the truth is that it really came from her.

This afternoon, I am going back to the place where she lived until her death. I will be leading the residents in singing. I had done so nearly every week for the last few years of her life. I think she was really proud of the way I faked my job as the assistant director of the singers.

Two years ago this week (March 2020) was the last time I directed the singers while Mom was alive.

Pennsylvania’s governor and health secretary closed access to the people who lived in her facility as well as every other nursing home. The Covid bug was still an unknown and the isolation was something they felt was needed to stop the spread. The difficult thing was later finding out that the secretary of health had moved his mother out just before they locked everything down. As a Christian, I believe in redemption and forgiveness. But I also strongly believe that part of that process is admitting you did something wrong. Having never heard that from him, I can assume he is not ready for forgiveness.

If you are reading this and you know who the secretary of health in Pennsylvania was at the time, you might be wondering why I am referring to him as a “him”. My only answer is this. During the whole pandemic, we were lectured that we should believe in “science”. In that spirit, I believe that real science still recognizes that males and females are identifiable by physical characteristics and most certainly there is the matter of “x” and “y”. If that offends you, I am sorry. But it is science. And I can’t apologize for science. To be fair, my Mom used to just shake her head when she saw his pictures… probably wondered what the world was coming to.

I had a great Mom.

I know she is with Jesus.

I know I will see her again.

I can’t wait to find out what kind of adventures lie ahead.