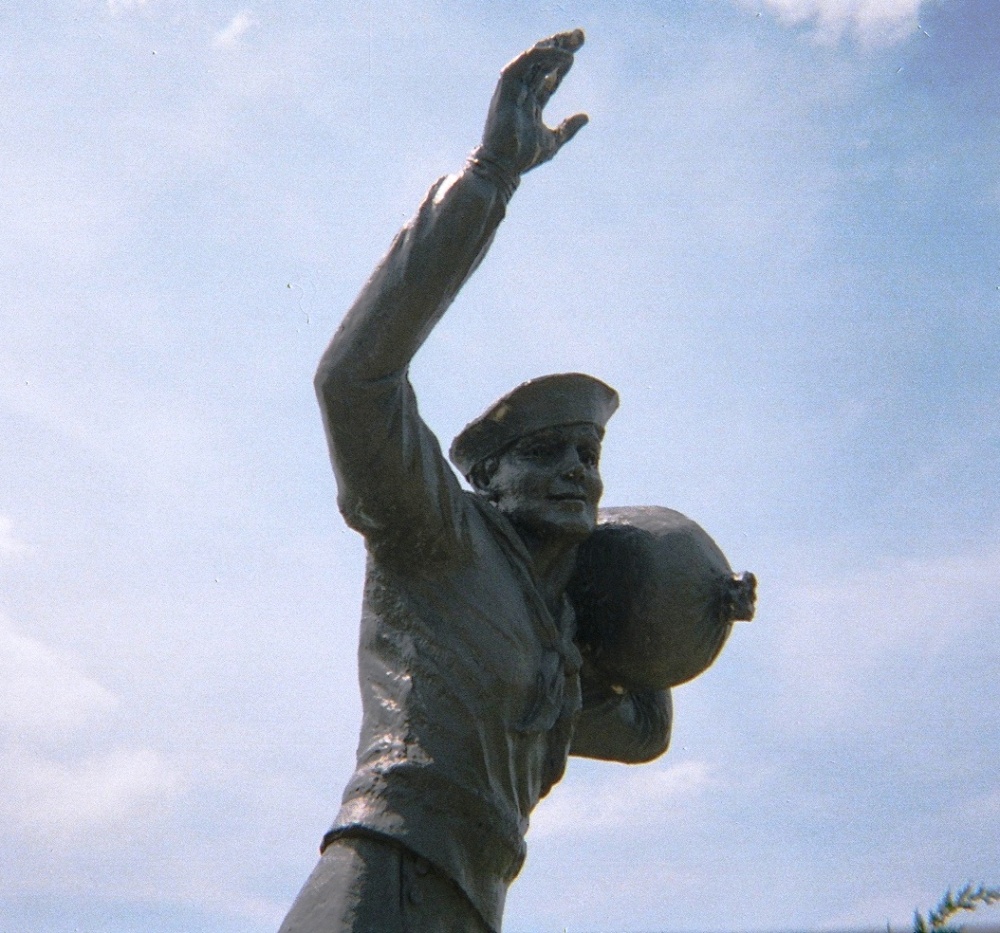 You left us too soon.

I know that your life had already played out and the surgeries and recoveries were getting harder to face. But I had a few more questions I wanted to ask. I’ve had twenty five years to think about them and it still frustrates me that I can’t pick up the phone and call you to seek the answers. Remember we used to talk every Saturday morning when I wasn’t under the water or overseas. I can’t tell you how many years its taken me to get over the fact that I can’t just pick up a simple phone and call you. I can’t believe how much I took that for granted.

Your timing was perfect as always. The morning you died, the man who had made my life a living hell boarded a plane in Miami and headed to his well deserved fate on the other side of the world. You stayed with me as I dealt with the greatest sense of professional frustration I had known up to that point. A career in the Navy that was stopped short of the final goal seemed to be the biggest hurdle in my life. But you were there for me through all of it. You showed me what it was like to overcome obstacles that were bigger than the frustrations I felt at having been cheated out of a better career.

You taught me to pray, read the bible, worship the one true God, be honorable and be true to your principles. It hasn’t always been easy. Sometimes things still happen even when you are trying to do the right thing. Many times I have learned the hard lesson of failures. But I can assure you that in the end, your example was always in the back of my mind as I overcame those obstacles. You taught me that every defeat is a pathway to victory. You climb over the wreckage and keep moving forward. Laying down and crying is not the way forward. The sun will rise again tomorrow.

You taught me to love. It took most of our lives together before you could say the words. Someday we will have to talk about that too. There were times growing up when I suspected it but didn’t quite know for sure if I would ever hear the words. To be fair, I was a bit difficult to love.  I broke more than my share of promises and wrecked your favorite car. My choice of girls probably drove you a bit crazy. Sometimes I wanted to fly when I should have been walking. Its interesting that it was after the worst mistakes were in the rear view mirror, you finally told me that you loved me. Maybe we just had to get through those days.

The last morning I talked to you, you were not really very energetic like you had always been. But your words were clear and we said goodbye with a shared “I love you.” They told me you had gone home after the ship was well out to sea. Maybe its better that way. I can still be a little impulsive and I may have missed a ship’s movement for the very first time. I know you would not have wanted that.

The day we laid your remains to rest was a blur. I barely saw the many people who came to pay their last respects. I distantly remember the crossed hook and ladder fire truck ladders at the entrance to the cemetery. The flyover was touching but I wish I had a recording of the moment. They draped your coffin with the one symbol that meant as much to you as any earthly symbol – the American flag that I still have in a special place.

I know I will see you soon enough. I am nearly the same age as you were when you passed. I have twenty five years of stored up questions for you. I hope you are well rested since I am very anxious to hear your replies. I can still see us walking together in the same cemetery where we buried your earthly body and remember when you hugged me as I went off to see the world. I would trade that whole world for another chance to walk with you again.

To anyone who finds this message and has read this far, I would only offer this thought. Never pass up a chance to say “I Love You” to someone you really love. Never miss the chance to hug them either. You just don’t know when they too will be taken away too soon.