Navy Day was established on October 27, 1922 by the Navy League of the United States. Although it was not a national holiday, Navy Day received special attention from President Warren Harding. Harding wrote to the Secretary of the Navy Edwin Denby:

“Thank you for your note which brings assurance of the notable success which seems certain to attend the celebration of Navy Day on Friday, October 27, in commemoration of past and present services of the Navy. From our earliest national beginnings the Navy has always been, and deserved to be, an object of special pride to the American people. Its record is indeed one to inspire such sentiments, and I am very sure that such a commemoration as is planned will be a timely reminder.”

“It is well for us to have in mind that under a program of lessening naval armaments there is a greater reason for maintaining the highest efficiency, fitness and morale in this branch of the national defensive service. I know how earnestly the Navy personnel are devoted to this idea and want you to be assured of my hearty concurrence.”

October 27 was suggested by the Navy League to recognize Theodore Roosevelt’s birthday. Roosevelt had been an Assistant Secretary of the Navy and supported a strong Navy as well as the idea of Navy Day. In addition, October 27 was the anniversary of a 1775 report issued by a special committee of the Continental Congress favoring the purchase of merchant ships as the foundation of an American Navy. 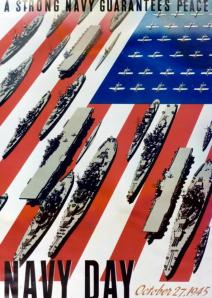 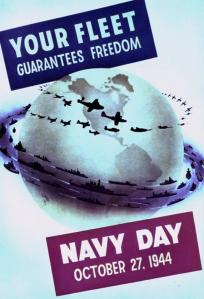 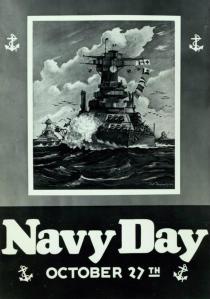 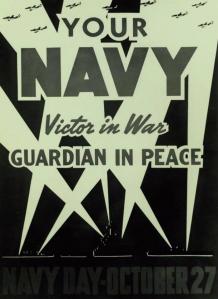 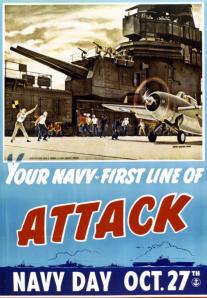 In my house, we celebrate Navy Day every day.