St. Louis Post-Dispatch columnist Bill McClellan published a column Wednesday, saying the U.S. military should do away with funeral honors, since “most veterans did nothing heroic” anyway.
Read more: http://www.washingtontimes.com/news/2013/mar/28/columnist-wants-end-military-funeral-honors-vets-w/#ixzz2Owdi2kKW
Follow us: @washtimes on Twitter

I don’t know what planet this idiot comes from but to suggest that veterans did nothing heroic is one of the most simplistically idiotic things I have ever read. McClellan must need a lot of attention to write something so incredibly stupid, but I would like to make today: 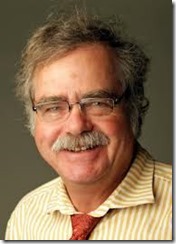 You can contact him at his FB page or just Google him and it will take you to his St. Louis Post-Dispatch address.

I don’t know about any of you who served, but I can assure you I was surrounded by heroes every single day of my career. Any man or woman who swore to protect and defend the Constitution of the United States and the people of that country knowing that they might have to give up their own life every single day starts out as a hero.

One thought on “Nothing Heroic?”