Those must have been heady days for the true believers. The sun had not yet risen completely on the new day that was promised but the magic of the possibility stirred their hearts. Here was someone who spoke their language and truly understood their needs. 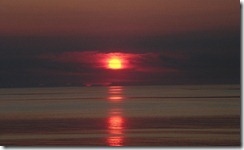 “You know, several weeks ago, after I had announced that I was running for the Presidency of the United States, I stood in front of the Old State Capitol in Springfield, Illinois; where Abraham Lincoln delivered his speech declaring, drawing in scripture, that a house divided against itself could not stand.

And I stood and I announced that I was running for the presidency. And there were a lot of commentators, as they are prone to do, who questioned the audacity of a young man like myself, haven’t been in Washington too long.

And I acknowledge that there is a certain presumptuousness about this.

But I got a letter from a friend of some of yours named Reverend Otis Moss Jr. in Cleveland, and his son, Otis Moss III is the Pastor at my church and I must send greetings from Dr. Jeremiah A. Wright Jr. but I got a letter giving me encouragement and saying how proud he was that I had announced and encouraging me to stay true to my ideals and my values and not to be fearful. ”

Yes, the people who had been oppressed and all those who felt some kind of latent guilt were closing in on a long time goal. The days where you had to look down when you passed someone not like you were fast coming to an end. He’s coming. The old songs talked about the day he would arrive.

From three years ago (before the election):

“His best speech ever. So powerful and emotional… I get gooseflash everytime I watch this. I c better days r comin and after years of rain and storms the sun rises again. Obama is our sun, he’s a true leader, a true president, a role model 4 everyone. Everything he says is 100% real and comes straight from his heart. Pple feel it, that’s why they luv him. God bless U, Barack!

Our black hero, we’re proud of U!”

“We are in a defining moment of our history”

More love from the Obama fans:

“We were right and yes we did. He will bring change and enthusiasm to our country. He was appointed for such a time as this. Even in the midst of doubt and reluctance he will prove to be our relief from peril and intellectual poverty.”

“Barack Obama is so well spoken and so believable. I’m sold. I love to listen to him speak. Truly a great visionary and a great leader. We are seeing history as it happens right now! I truly believe he will change not only this country but this world as well. Go Barack!!!!”

I call it the “Hope is not a strategy” Game

Step 1: Cue up his speech (linked above)

Step 2: Have a bottle of your favorite adult beverage in front of you with at least ten shot glasses (Fill the ten and be ready to refill them in rapid fashion. Spilling constitutes alcohol abuse and you lose points)

Step 3: Every time you hear Obama tell a lie, you do a shot and yell “Yes we can”. If you are still able to lift the bottle at 15 minutes/15 seconds, feel free to do two shots. I consider his words at this point the most memorable and should be broadcast on every single commercial before the next election. (Note: The text at 16 minutes/45 seconds runs a very close second)

Step 4: Shut down your computer and go to bed. You are drunk now and should not be near a keyboard. The White House and Secret Service will not give you a pass just because you were typing while tippling.

Step 5: When you wake up tomorrow, forward this link to everyone you know

Note: I know that many of my friends no longer drink and I would not want to mess up your sobriety. I invented the game because I was watching this speech sober and felt a strong urge to drink. In the event you do not chose to play the game, skip to step 5.

There is an election coming in November. The campaign to keep him in office will be one of the most foul and dirty campaigns in history. There may even be a national crisis in October.

You have two choices: four more years of a man who he has shown himself to be contemptuous to old friends and downright arrogant to his enemies.

Or we can return to the American ideals that have distinguished us as a nation for all of our history up until the day he was sworn in.

2 thoughts on “Hope may be audacious, but its not a strategy”