This time of year is a time for reflection.

The old year is almost past and the new one is right around the corner. Most people probably face the future with one of two emotions. While those emotions can be a mixture, in most cases people have a feeling of hope or a feeling of fear. The chance that good or bad events will happen is unknown and we are often unsure how to plan for either.

To understand what you fear, its probably good to have a definition of what fear is.

I think it can be pretty complicated. Of course, the first kind of fear is the most personal of all. While that fear may be shared by many people simultaneously, it is first and foremost the feeling of dread you have for something that is about to happen. Being a submariner, one of my fears was drowning. I really hated being inside a tank of any kind with only one hole to crawl in and out of. Frankly, I wasn’t all that thrilled to be in the ballast tank (even in drydock). Maybe it was the closeness but maybe it was the fear of not being able to get out as quickly as I would need to (or at all).

This one is specifically for submariners but I also feared having to reset the relief valve on the 4500 PSI reducer. First of all, the darn thing was underneath a ladder so you had to get up close and personal with is. Second of all, it was so sensitive that a slight over twist of your wrench would allow the reducer to go off right in your face and next to your ears. Plus you knew it would scare the crap out of everybody in maneuvering.

The other kind of fear still comes back to being personal but it is a result of something that is about to happen to many people.

It can be situational or it can be generational. Situational could be an imminent invasion of an enemy army, the oncoming storm that has not given people enough time to prepare, or a disease which effects large masses of people with little hope of a large scale cure.

Generational comes from the realization that an event or series of events can change how the current generation perceives the future. Financial worries, morality issues, and loss of values in general can cause this fear to grow across a whole generation and sometimes even mutate and travel to ensuing generations.

In the end though, it all comes back to the individual. What do you fear?

As I look around the landscape, I have some fears. Some of the fears that I have would never have occurred to me before. I had a vision of America that was pretty solid and sure based on the rock solid principles I was raised with. Even growing up in the middle of the baby boom, I was blessed with parents and neighbors who spent the time needed to equip us for life. We were not perfect in any way and my mistakes could fill the torpedo room on a boomer. But we had a sense of where the lines should be and in the end, I have noticed how many of my old shipmates have also come to those realizations.

My fears are based on my perception of what could happen to America if there is not a course correction soon.

I fear that the United States Flag will be replaced by a blue flag.

There are many in this generation that have been wooed by the false voices of “equality” and “sameness” as a way to solve all of man’s problems. A single nation should not contain so much wealth… it just isn’t fair.

Why should other nations not just take an equal share of everything? This silly notion assumes that all nations are mature enough to deal with the consequences of unfettered wealth and resources. It assumes that there are no manipulative tyrants or parties within those countries that would brutalize their own people. One only needs to look at a map of the third world countries to see how “fair” they are to their own people. 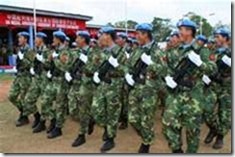 The Supreme Court is so thinly divided that even a strong breeze can wipe out that right. Voices of “Reason” within the country have allowed themselves to be convinced that the founders did not intend for people to have access to firearms. It is barbaric to allow people to have weapons in an age where the police and Homeland Security have the capacity to control crime. Or do they? What happens to a country when its weapons are removed in a sense of higher moral dictate? I lived in Scotland and frankly, as much as I love my families homeland, crime can be just as vicious as any country with easy access to guns. 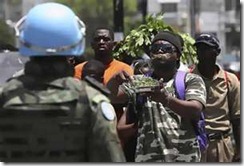 The visible symbols of this nation’s early relationship with a deity are all around us. In every major document, there was strict acknowledgement to God’s role in the formation of this country. But it is being systematically scrubbed away by people who have no clear understanding of its purpose. Their selfish aims are just as pronounced as the selfish aims of the old Europeans to adhere to a single faith within a countries borders. We are free to worship, or not but the recognition of the historical basis of our countries founding must be maintained.

With all of these fears, it would be easy to lose hope

It would be easy if you didn’t have a historical footprint to follow. The generation of leaders who helped to form this country had a foundation as a bedrock the to overcome all of those same fears.

In times of crisis, they stood together and rose up against those who would keep freedom from failing. From a rough start on the nation’s rugged coasts, they built an empire across the face of this land. Just as there was fear in every person’s heart, that fear was overcome by every person as an individual and all of them as a group with a common basis.

Of all the fears I have for my country, one is greatest.

That fear is that not enough people will rise up once again when the time comes to throw off the yolk of slavery to ideas and institutions that would destroy the idea which is America. I am not a citizen of the world, I am an American. I was fortunate enough to be born that way and I will die that way. I have seen much of the rest of the world and there is no place that can even compare.

Make no mistake: just because we have always been willing to come to the aid of the oppressed does not mean we are willing to become more like them.

I do not believe America’s best days are behind us unless we allow that to happen. I will continue to hope that there are enough people like me to make a difference when the time comes

18 There is no fear in love. But perfect love drives out fear, because fear has to do with punishment. The one who fears is not made perfect in love.